Watch, AirPods, HomePod, and accessories now worth as much to Apple as the iPad 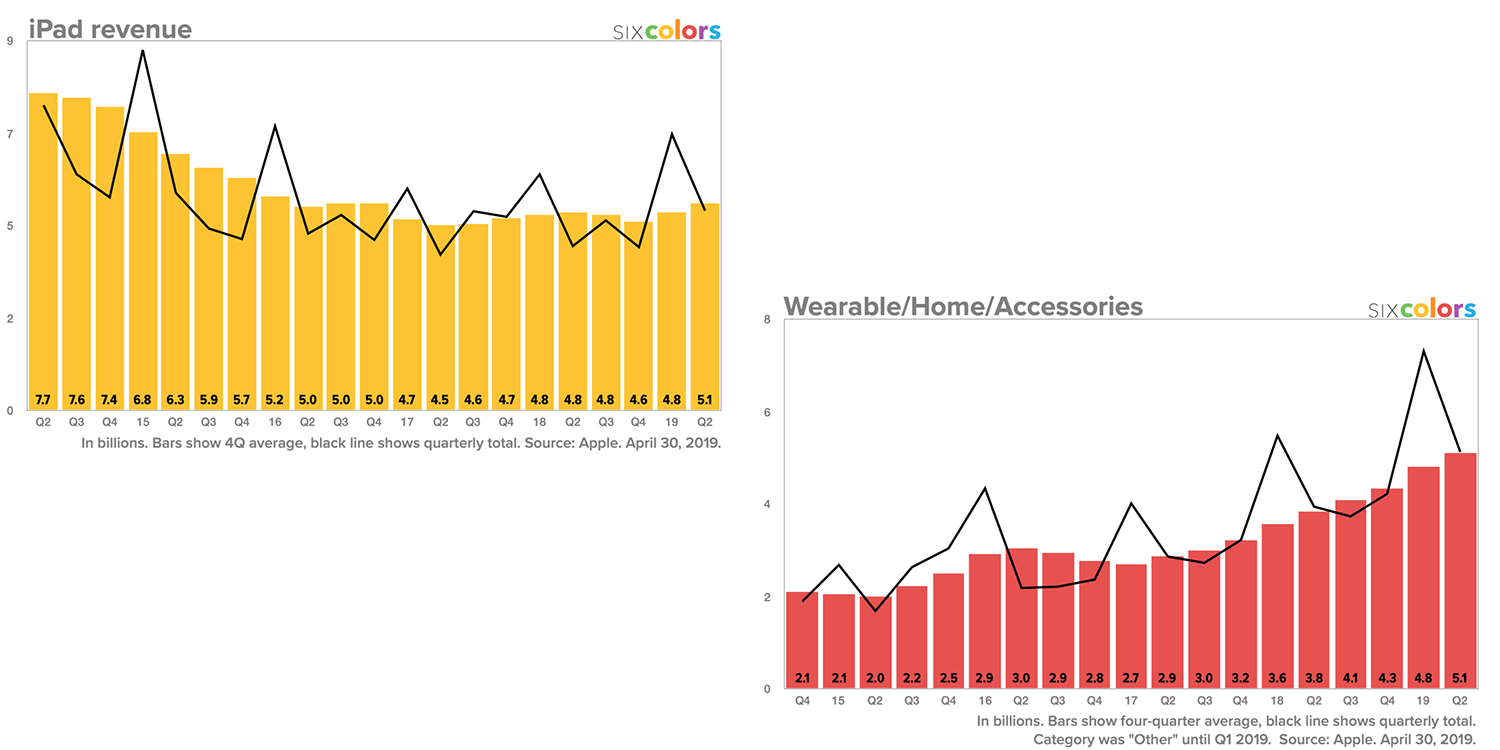 Wearables is now a full peer, revenue-wise, to Mac and iPad.

To be a little more precise, he’s really talking not just about Wearables – the Apple Watch and AirPods – but to the category which Apple used to call Other, which also includes HomePod and Accessories. Those expensive iDevice cases and sleeves probably help.

But put those together, viewed as a four-quarter average, and they did indeed generate the same revenue as the iPad: $5.1B. In fact, if you look purely at Q2, then the category formerly known as Other accounts for 9% of Apple’s revenue, which is more than the 8% from iPad.

The Mac remains a little ahead at $6.4B, but it’s all very much in the same ballpark.

Apple chooses not to break down the products for competitive reasons. We can be fairly confident that HomePod is a relatively small component. Gruber speculates that AirPods revenue is much higher than that from the Apple Watch, and that does seem at least plausible. Anecdotal evidence from London doesn’t help me much: both the Watch and AirPods are seen everywhere.

Services revenue is now worth twice as much as each of the iPad, Mac and Wearables/Home/Accessories categories. 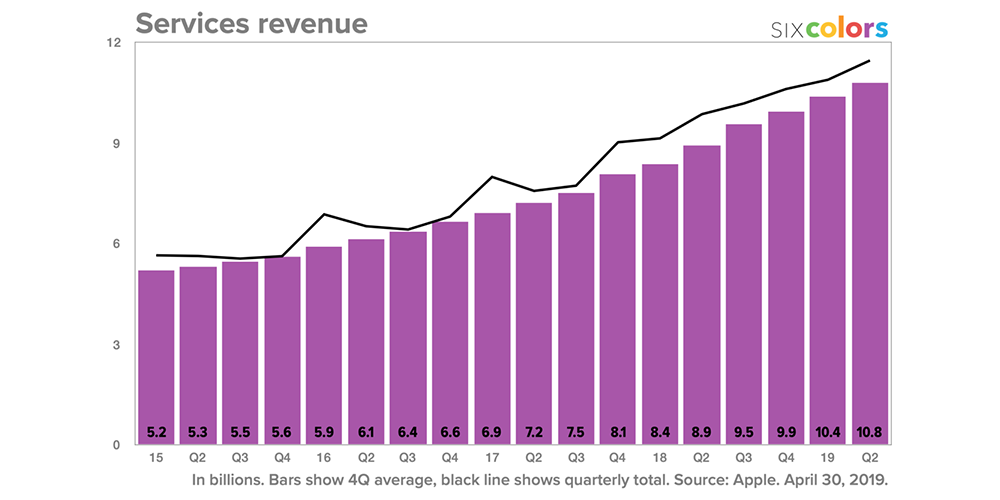