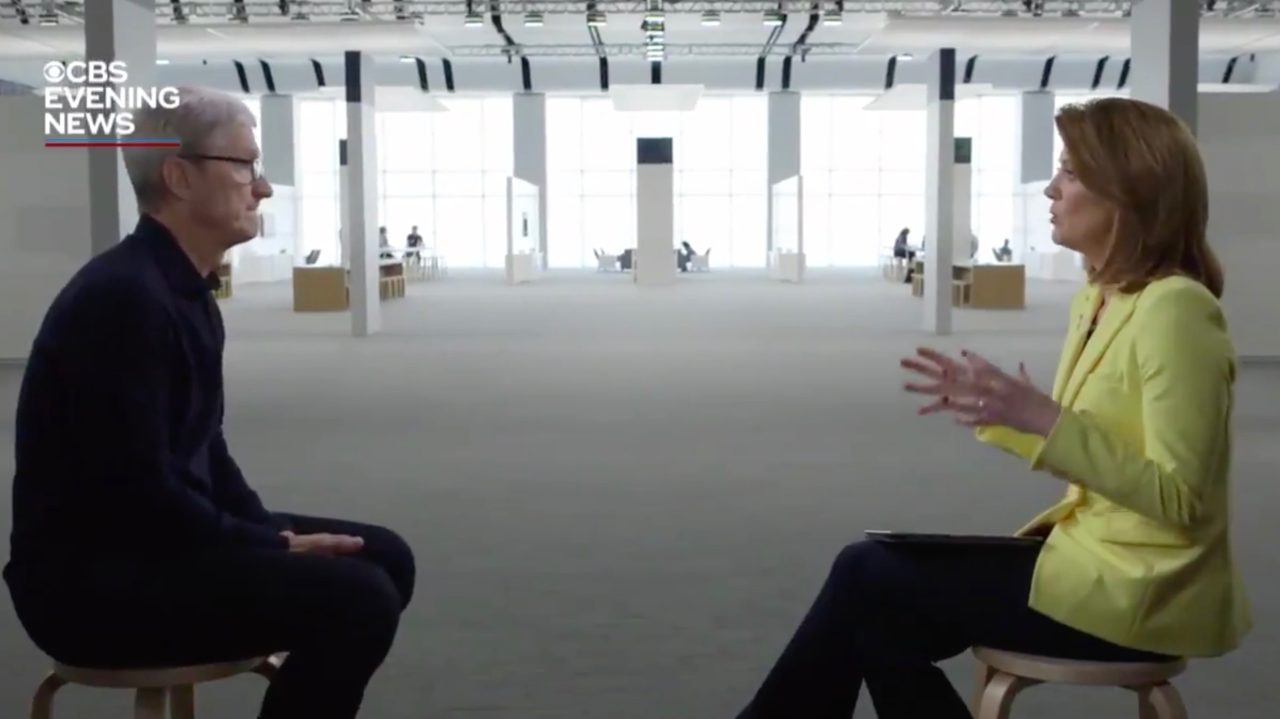 Following Apple’s WWDC 2019 keynote this afternoon, Tim Cook is slated to appear on CBS Evening News tomorrow. Cook will use the opportunity to talk about Apple’s WWDC announcements, as well as it focus on privacy.

CBS shared a brief clip from the interview on Twitter. CBS anchor Norah O’Donnell asks Cook about Apple’s new “Sign in with Apple” platform and whether it’s Apple taking a shot at how companies like Facebook handles user data:

Cook: We’re not really taking a shot at anybody. We focus on the user and the user wants the ability to go across numerous properties on the web without being under surveillance. We’re moving privacy protections forward, and I actually think that it’s a very reasonable request for people to make.

O’Donnell: Do you think Facebook cares about our private security?

Cook: I think that everybody is beginning to care more. People are becoming more aware of what’s been happening. Many people are getting more offended; I think this is good because we need to shine a light on it. You can imagine an environment where everyone begins to think there’s no privacy. And if there’s no privacy, your freedom of expression just plummets because now you’re going to be thinking about everyone knowing every single thing you’re doing. It’s just not good for our country, not good for our democracy.

The full interview will air tomorrow on CBS Evening News.