What happens when an AirPod gets lost in a NYC subway station? [Video] 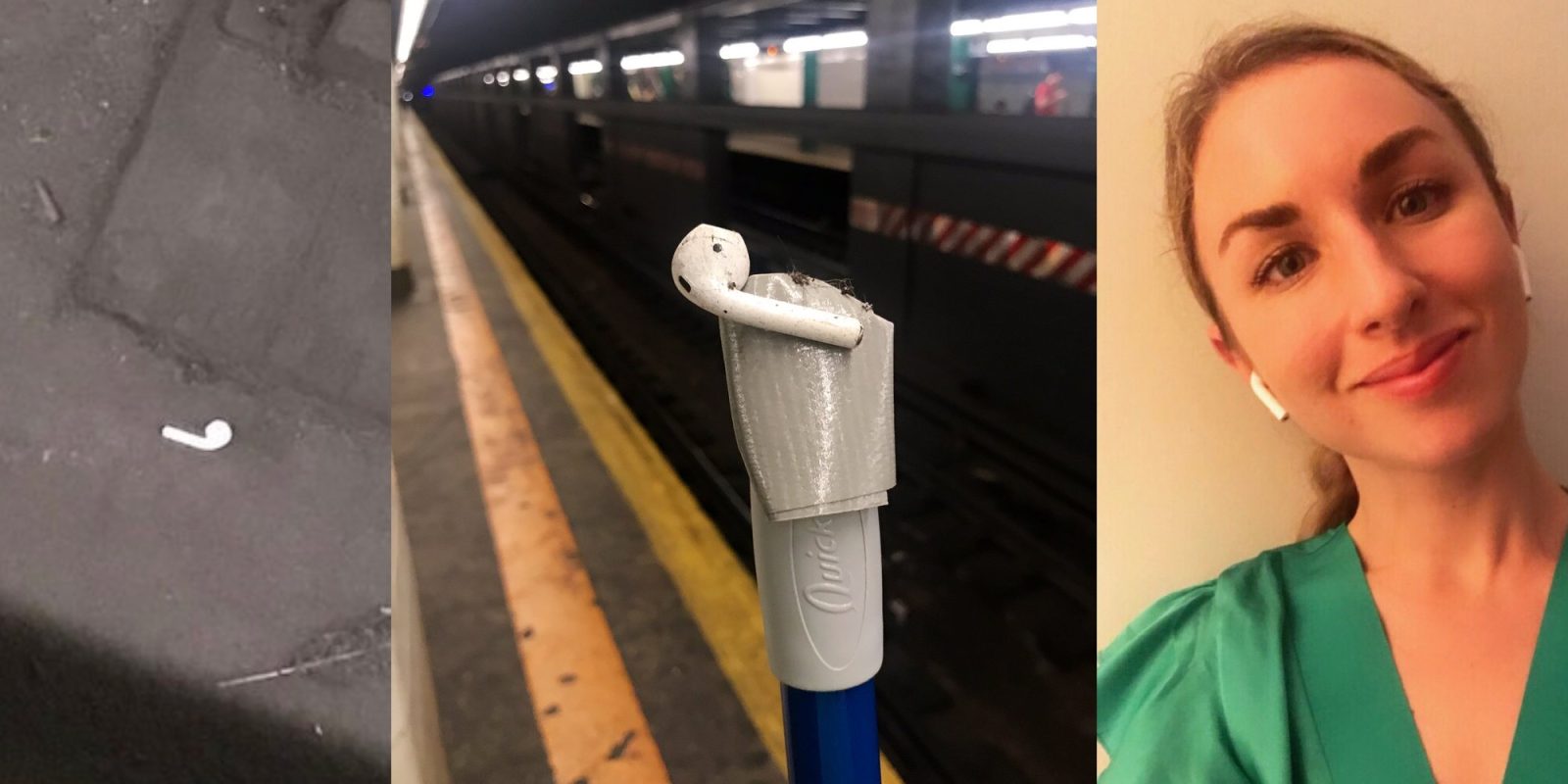 We often hear about Apple products being used as lifelines in remarkable ways. But rarely do we see customers go to extraordinary lengths to rescue their devices. The tables turned this week when Ashley Mayer saved her lost AirPod from a grim fate in the depths of a New York City subway station.

AirPods don’t often fall out if they fit your ears, but you’re inevitably on a subway platform when one does, right? When this unfortunately happened to Ashley, she faced the sad reality and bid her fallen AirPod farewell in a Twitter tribute.

Prioritizing personal safety over saving her lost earbud, Ashley decided against “becoming the first ever AirPod-related subway death” by not lunging onto the track to rescue it. Then, to her surprise, the runaway AirPod was still there, waiting to be saved, the next day.

Station staff was going to require two hours, with Ashley present, to attempt their own rescue. So she applied a more practical recovery strategy using basic survival supplies:

(The romaine is for dinner, not rescue.) pic.twitter.com/3iqDCT7UFQ

After waiting for the platform crowd to disperse and playing it cool around a suspicious security guard, Ashley deployed her duct tape plus broom tool to safely pull the AirPod out of harm’s way. After a thorough disinfecting process, the lost AirPod was reunited with its charging case, partner pod, and owner. Kudos for ingenuity!

The rescue mission even caught the attention of Good Morning America:

This AirPod rescue mission is truly something! @dianermacedo has the story. pic.twitter.com/OPcys1WWtz

Apple offers single AirPod replacements for $69, but duct tape and brooms are always cheaper (and where’s the fun in taking the easy way out?).