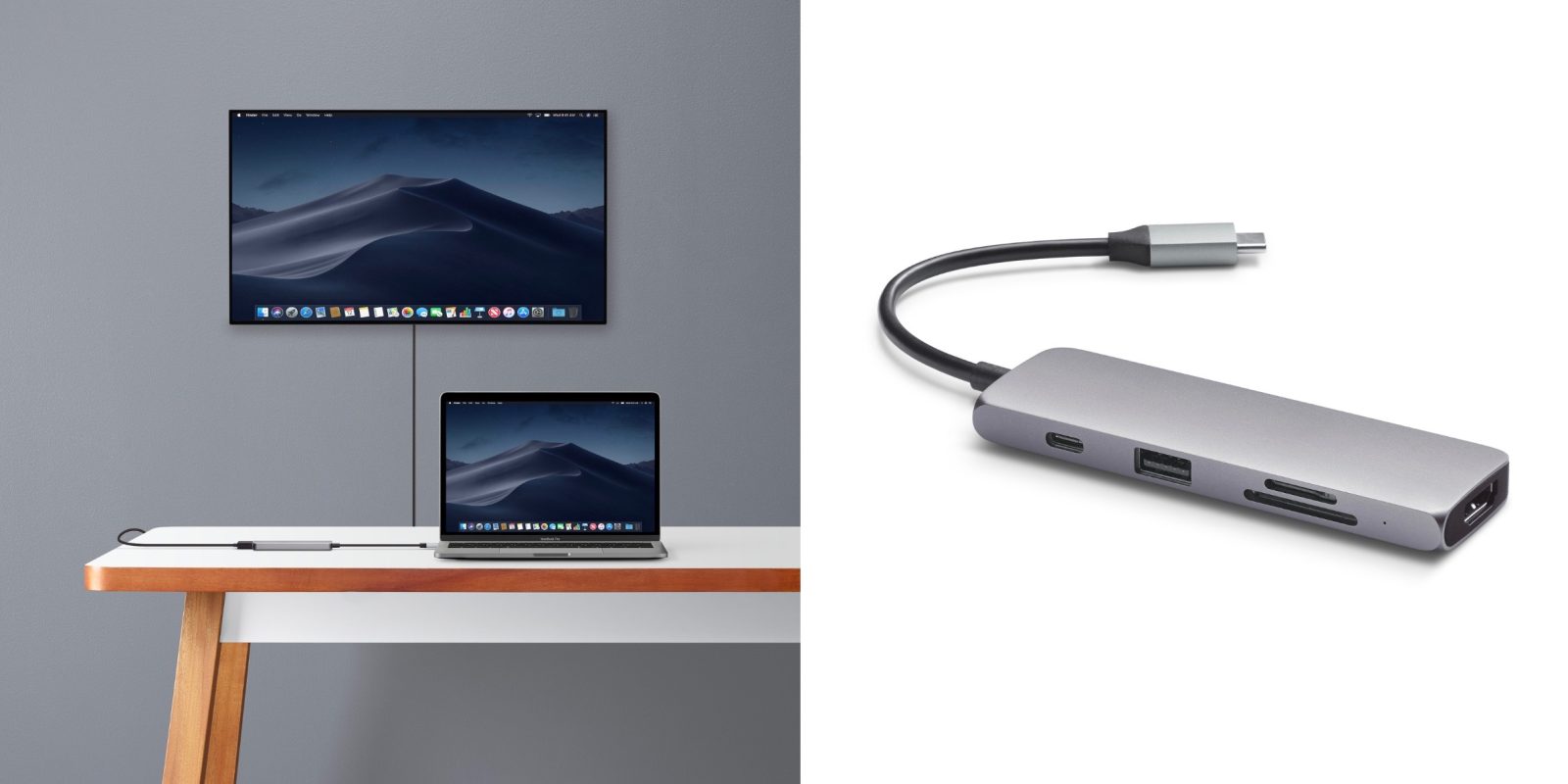 Apple is now selling an exclusive USB-C hub from Satechi, the Multiport Pro Adapter. The new device features a USB-C port for power, USB-A, SD and microSD card readers, and an HDMI port in a slim package. Native Union also has a range of new Apple accessories now available at Apple Stores and Apple.com.

Satechi, known for producing accessories that make everyday life more convenient, announces the availability of its USB-C Multiport Pro Adapter, exclusively sold at Apple.com and select Apple stores. The new hub is configured specifically for Mac and iOS devices and gives users the ability to expand ports and maximize productivity in one simple, user friendly solution.

Oddly, Satechi nor Apple list the maximum power delivery through the USB-C input, but it must support all of the MacBook notebooks since Apple is selling it as an exclusive.

Satechi is only selling this Multiport Pro Adapter model through Apple. Other similar USB-C hubs (priced above and below $70) can be found on the company’s website and Amazon storefront.

Check out all of Native Union’s latest offerings, including Apple Store exclusives here.