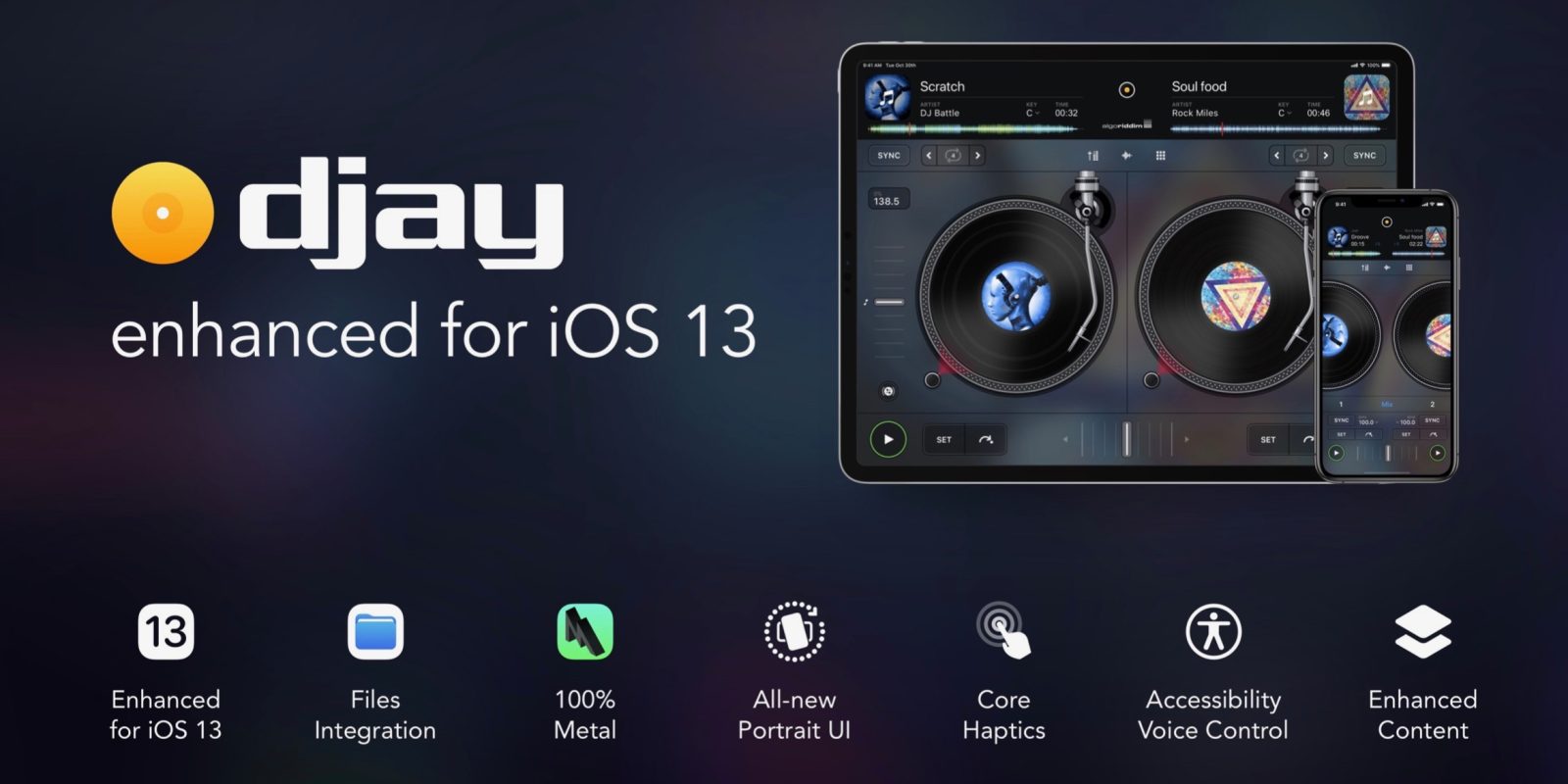 Djay 3.2 was released last week and now that iPadOS 13 is here, the latest software brings some great new features to iPad users. The biggest feature may be the Files app integration with support for external drives. It allows users to browse and load songs right from flash drives and hard drives.

That’s particularly convenient for iPad Pro users who can use USB-C flash drive or hard drive and avoid needing a dongle. The Files integration also means users can load songs from iCloud Drive.

By deeply integrating into the more advanced Files app that is part of iOS 13 and its support for external media, djay for iOS now allows browsing and loading songs directly from USB sticks and hard drives, as well as cloud services like iCloud Drive. For the first time, this allows DJs to use their extensive music libraries consisting of up to terabytes of songs directly with their iPad or iPhone in a seamless and compact setup. djay also displays the folder structure from external drives, allowing DJs to navigate their music the way they organized it.

Djay users also get a new portrait mode on iPad, new EQ shortcut button in the mixer section, and much more.

Djay is a free download with in-app purchases to unlock all of the Pro features. Check out everything that’s new with Djay 3.2 for iOS and iPadOS below.

Thank you for using djay! This is a big update that adds enhancements for the next major iOS release, as well as major new features and content:

• Fixed orientation of videos not being respected in some cases

If you enjoy using djay, would you mind taking a moment to write a review on the App Store? Your feedback is greatly appreciated.