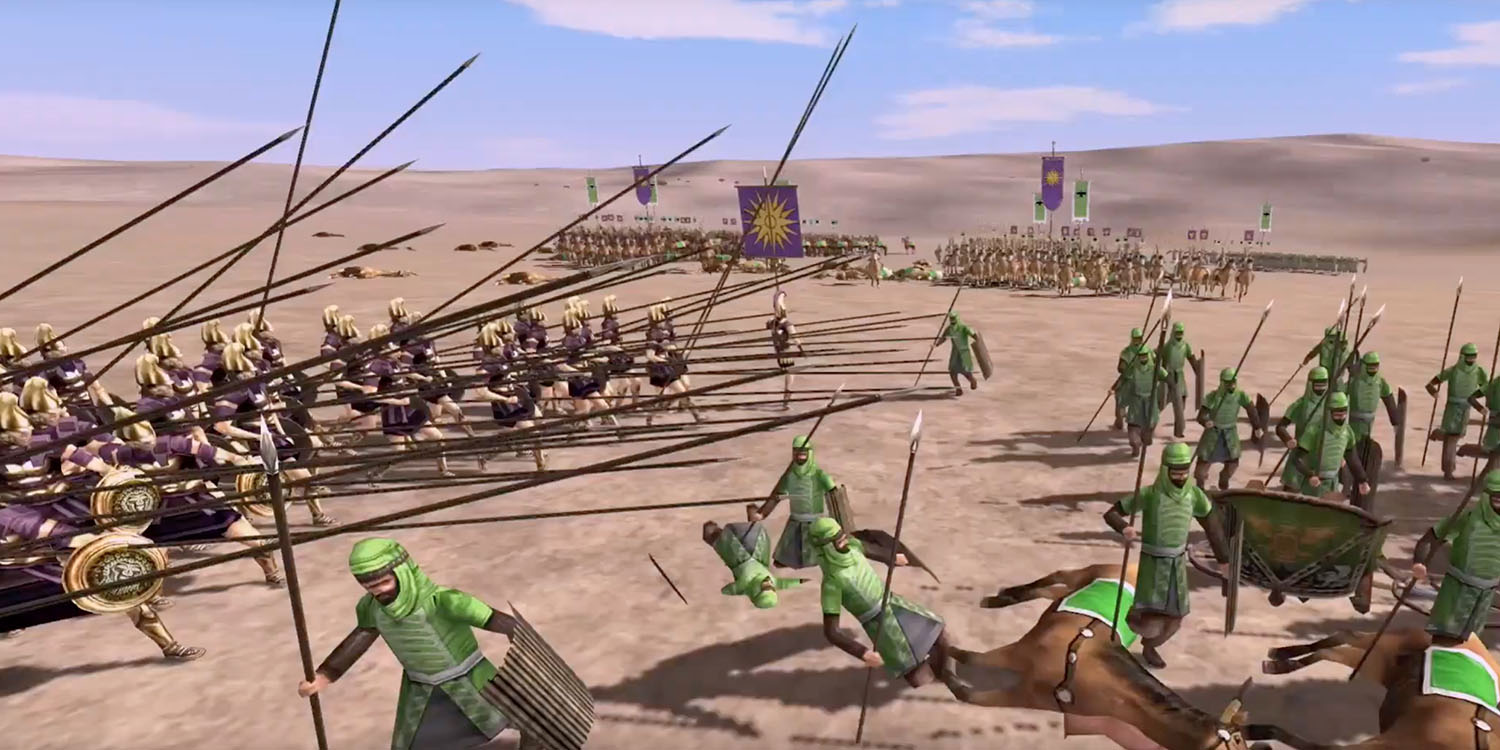 The strategy game Rome: Total War – Alexander, already available for iPad, is now out for iPhone and Android.

The game hit the App Store on October 24.

The original windows version of Rome: Total War was developed by Creative Assembly and became one of the most successful PC games of all time. Feral Interactive ported it to iPad back in 2017 as a full version and is now bringing it to the iPhone.

Alexander is the second standalone expansion pack for the critically-acclaimed mobile game ROME: Total War. Alexander will be a premium game with no in-app purchases.

A century before the events of ROME: Total War, Alexander ascends the Macedonian throne and embarks upon an audacious campaign to conquer the all-powerful Persian Empire. Players will lead their armies to unify the Greek city states, and then march across Central Asia, routing all enemies along the way, before establishing their legend as Alexander the Great, the most remarkable general of classical civilisation.

For players who have mastered ROME and Barbarian Invasion, Alexander provides the ultimate test of their skills.

Feral says that it will be a paid-for game with no in-app purchases. Priced at $4.99, it will be free for anyone who already bought the iPad version.

It will require iOS 12 or newer and runs on all iPhones from the 5s onward, as well as the 6th generation iPod touch.

Alexander was originally sold as a downloadable expansion pack for the PC game, and was generally well-received, though reviewers did note that it was limited in comparison to the original.

I’m always glad for an excuse to revisit Creative Assembly’s Total War series and the Alexander expansion is definitely a welcome addition. The new units and the new campaign let players fight in one of the most celebrated campaigns in all of military history. As always, the gameplay and graphics really bring the experience to life. Still, the limited nature of the expansion keeps it from being a “must have” addition for those who aren’t quite as hungry as I am for new Total War content. Containing none of the breadth of new units and new strategies that the Total War expansions have been known for, Alexander feels more like a mission pack. Thankfully, the fifteen-dollar price tag makes it a little easier to accept but, if you’re like me, you’d rather have paid twice as much for content that would last a little longer.

Check out the video trailer for the latest Rome Total War iPhone game below.