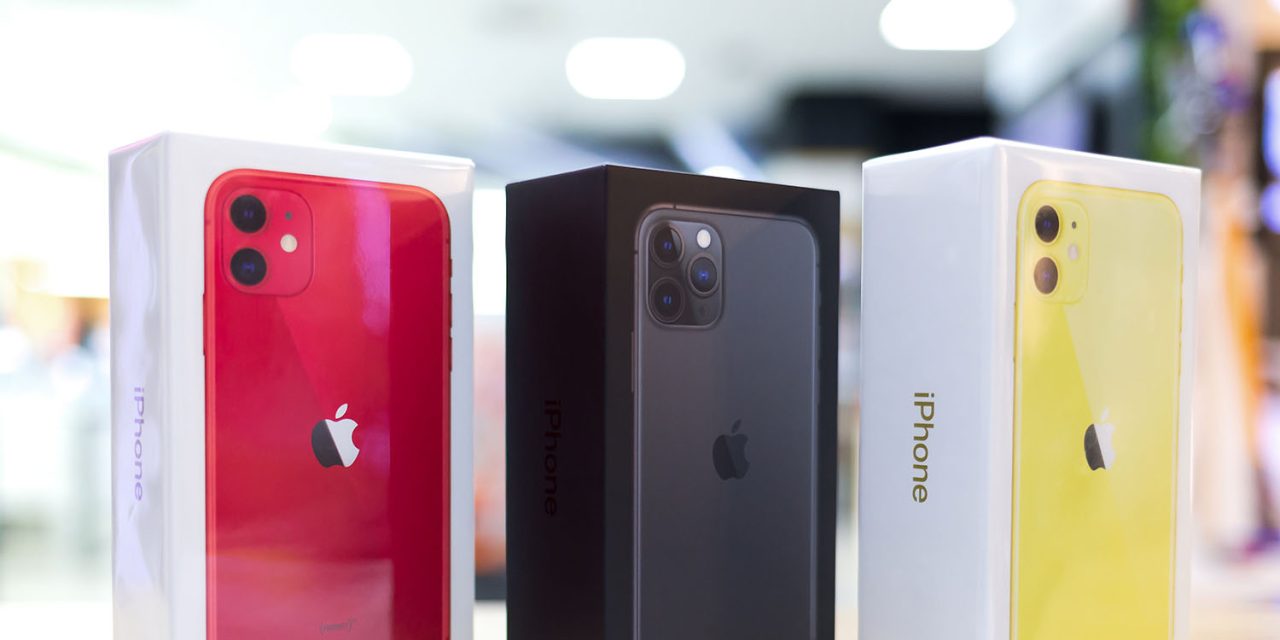 Yesterday’s record-breaking Q4 earnings report might have suggested the opposite, but reports from all three of the big market intelligence firms say that iPhone shipments fell year-on-year during the quarter.

Apple’s fiscal Q4/calendar Q3 numbers were all good. Revenue was $64B, which was at the very top end of the company’s guidance and well above Wall Street expectations. iPhone revenue was back up above 50% of total income, at $33.36B. And Tim Cook said that iPhone 11 sales were off to “a very, very good start.”

In explaining how Q4 revenue was so high, there was no mention of iPhone.

We concluded a groundbreaking fiscal 2019 with our highest Q4 revenue ever, fueled by accelerating growth from Services, Wearables and iPad.

Cook then carefully slipped iPhone into his next sentence, which was about expecting better things ahead:

With customers and reviewers raving about the new generation of iPhones, today’s debut of new, noise-cancelling AirPods Pro, the hotly-anticipated arrival of Apple TV+ just two days away, and our best lineup of products and services ever, we’re very optimistic about what the holiday quarter has in store.

And smartphone reports from Canalys, IHS, and Strategy Analytics all conclude that iPhone shipments fell year-on-year, even if they differ on the exact numbers.

Canalys has the most pessimistic analysis, suggesting that Apple’s shipments fell 7%.

The firm thinks the rumored ‘iPhone SE 2’ (which won’t be any such thing) will help going forward.

Apple devices do not have 5G and it will have to contend with that in early 2020. It will miss out on heavy operator investment in 5G marketing and promotions, and the wide expectation for Apple to launch a 5G iPhone in September 2020 may convince some customers to delay purchasing, to ensure their device is future-proof. Apple will need an unconventional strategy to keep its volume high in the early stages of next year, which makes rumors of an upcoming entry-level iPhone launch in H1 2020 unsurprising.

Strategy Analytics puts the drop at 3%.

Apple iPhone shipments fell 3 percent annually from 46.9 million units worldwide in Q3 2018 to 45.6 million in Q3 2019. Despite the slight decline, this was actually Apple’s best growth performance since last year.

It thinks base-model iPhone 11 pricing will bring better news in the holiday quarter.

We believe Apple is stabilizing, due to cheaper iPhone 11 pricing and healthier demand across Asia and the United States.

Apple shipped a total of 45.9 million iPhones during the third quarter. This was a 2.1 percent decrease from the same period in 2018 and continued Apple’s unit decline for a fourth consecutive quarter. However, Apple was able to limit the rate of unit volume decline to single digits.

It too believes more competitive pricing will do the job this quarter.

Sales of new iPhones in the fourth quarter are expected to increase year-on-year, thanks to the reduced entry-level price of iPhone 11 to less than $700 […] In addition, a $150 price reduction of existing models is expected to contribute overall shipment volume growth in the fourth quarter. Apple’s new pricing policy is intended to expand the addressable market for Apple’s content services now rolling out to consumers.