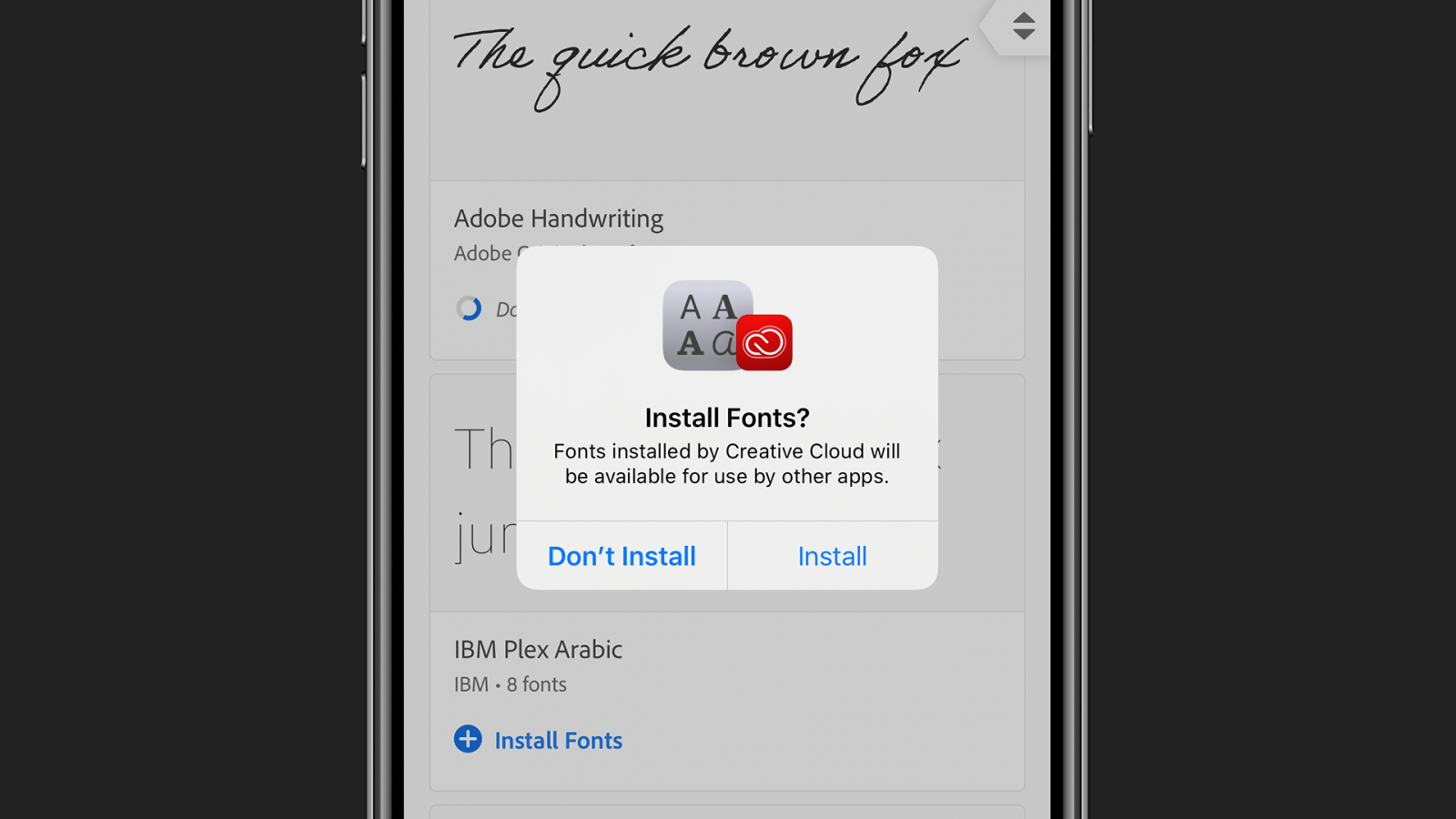 Adobe today updated its Creative Cloud app with great new features for iOS 13 and iPadOS users, including Dark Mode compatibility and free custom fonts through the official API. With iOS 13, Apple is officially supporting font installation and management on iPhone and iPad, and it works system-wide.

Adobe had previously announced that it would release custom fonts for Apple’s mobile operating system, and they are now available for everyone. With the latest Creative Cloud update, users can browse, install, and even create with Adobe Fonts on iOS. It’s the first app that offers thousands of fonts for Apple devices.

There are over 17,000 fonts available for Creative Cloud subscribers, while 1,300 are available for free. All you have to do is download and sign up for the Adobe app and then tap the Fonts tab to explore the full catalog of typefaces available. These fonts can be used not only in Adobe apps, but in any other app installed on iPhone and iPad.

The update also supports Dark Mode on iOS 13, which can be turned on and off automatically according to system settings. Adobe has also made improvements on hand-drawn annotations with Apple Pencil. 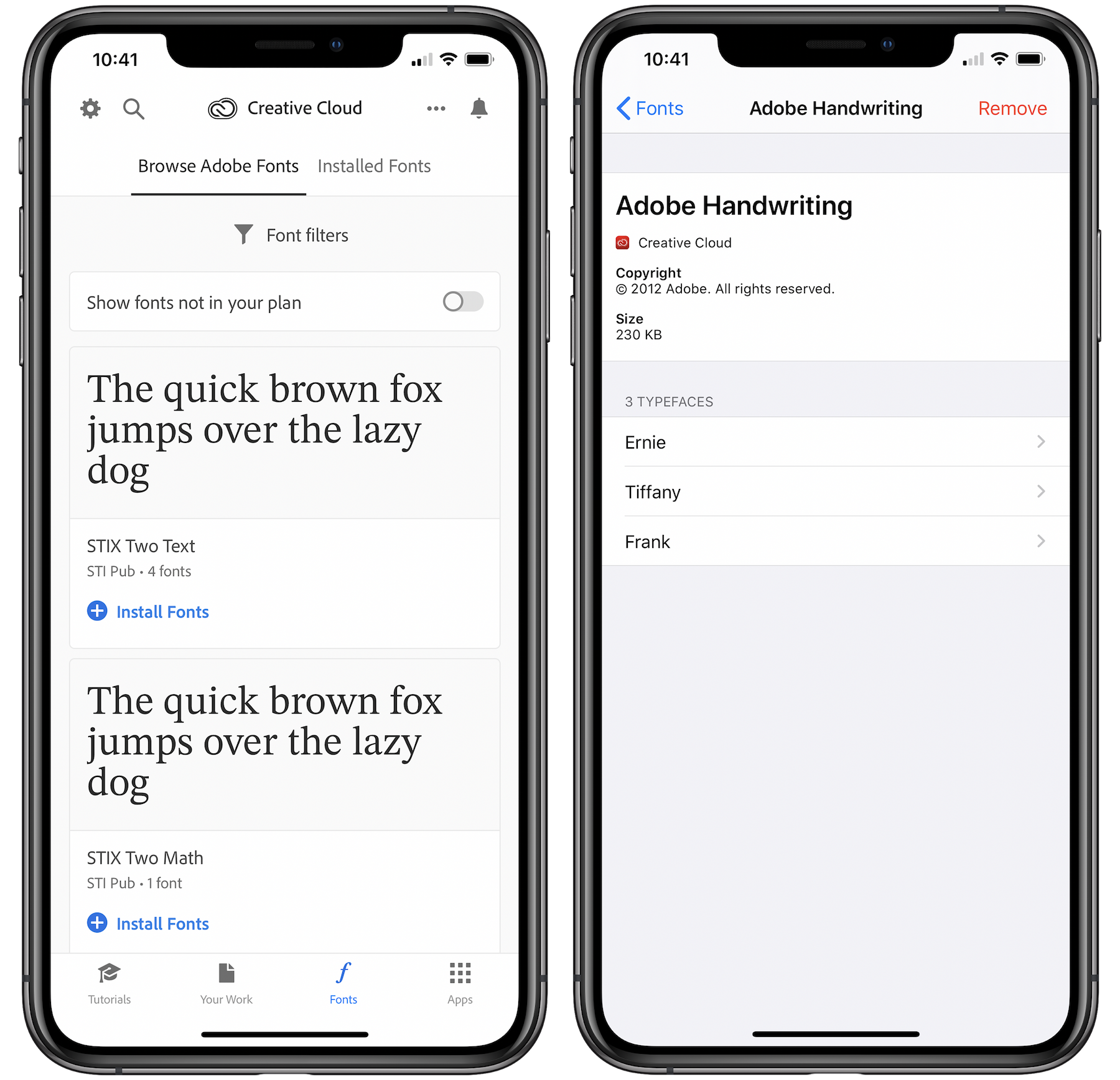 Adobe Creative Cloud is a free app available on the App Store, but custom fonts supports requires iOS 13.1 and later.

Check out our guide on how to install and use custom fonts on iPhone and iPad.