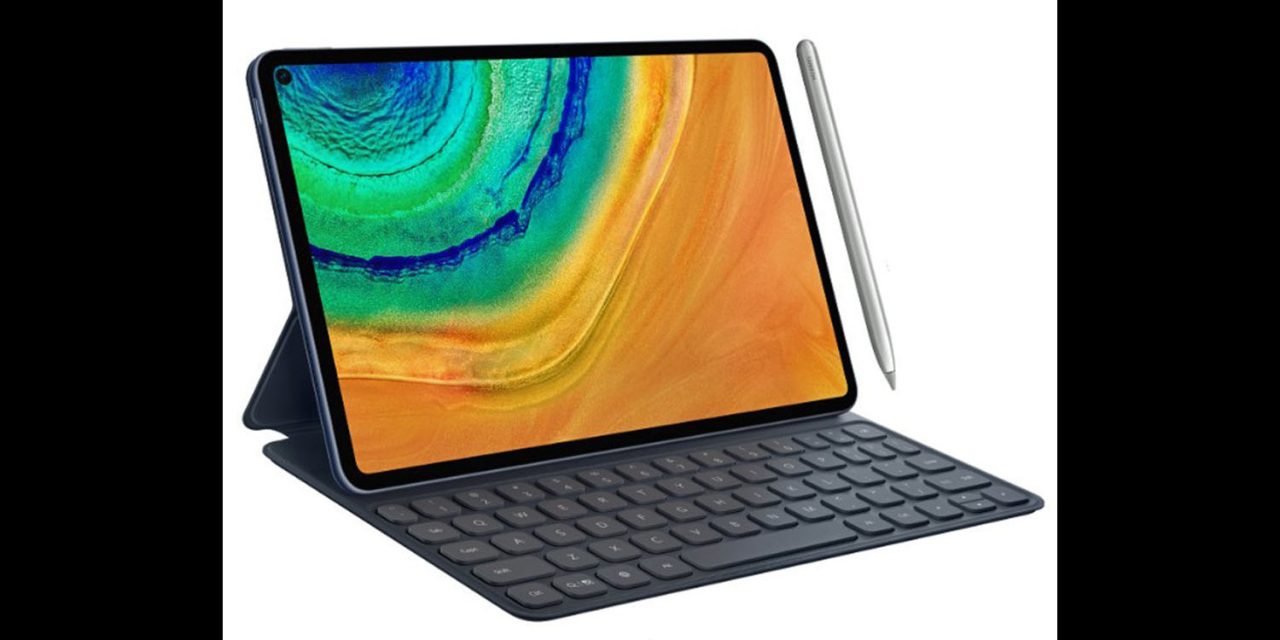 Leaker Evan Blass has posted images of what he says is Huawei’s upcoming tablet, which will reportedly be known as the MatePad Pro.

The device bears a remarkable resemblance to the iPad Pro, with thinnish bezels and rounded display corners, while the keyboard appears to look almost identical to Apple’s Smart Keyboard Folio bar minor differences in key markings…

Blass tweeted an image that also shows an Apple Pencil-like M-Pen stylus. 91Mobiles has more images (below) from its own source.

The main difference from the iPad design is the camera, which is in a punch-hole cutout in the top left of the display.

Huawei is working a tablet with a punch-hole display, 91mobiles has learned from a reliable source. This will be the first time the punch-hole design is used on a tablet; the hole-punch will, obviously, house the selfie camera as it does on smartphones. The source also said the tablet is internally being referred to as ‘Marx’, but we can safely say that won’t be the marketing name of the device. The Huawei Marx will support the company’s smart magnetic keyboard and the M-Pen stylus. This means the Marx is likely the successor of the MediaPad M6 and may be called MediaPad M7.

Update: Evan Blass in a tweet said the tablet will be named Huawei MatePad Pro.

The Huawei MediaPad M7 renders show the company has managed to make the bezels around the screen slimmer and has eliminated the fingerprint sensor. This suggests an in-display fingerprint sensor might be used on the tablet. On the back, we can see the pill-shaped camera module will house dual sensors and the LED flash. The camera module will protrude from the back, like the one on the MediaPad M6 10.8. At the bottom, we can see the MediaPad M7 will feature the USB Type-C port, which will be flanked by speaker grilles on either side. Since the magnetic keyboard is present in the renders, we can assume the contact points for the keyboard will be at the same point as the predecessor. Color options will be Black and White.

The site says the device is expected to have flagship specs, including the Kirin 990 CPU and “up to” 8GB RAM. Its is shown in both black and white versions.

The punch-hole camera seems a somewhat odd decision, as the bezels actually appear thicker that those on the iPad Pro, and so could accommodate a front-facing camera with no loss of display area.

It follows an apparently deliberately leaked image yesterday by Xiaomi of an upcoming smartwatch that closely resembles a slab-sided version of the Apple Watch, complete with digital crown and pill-shaped side button. 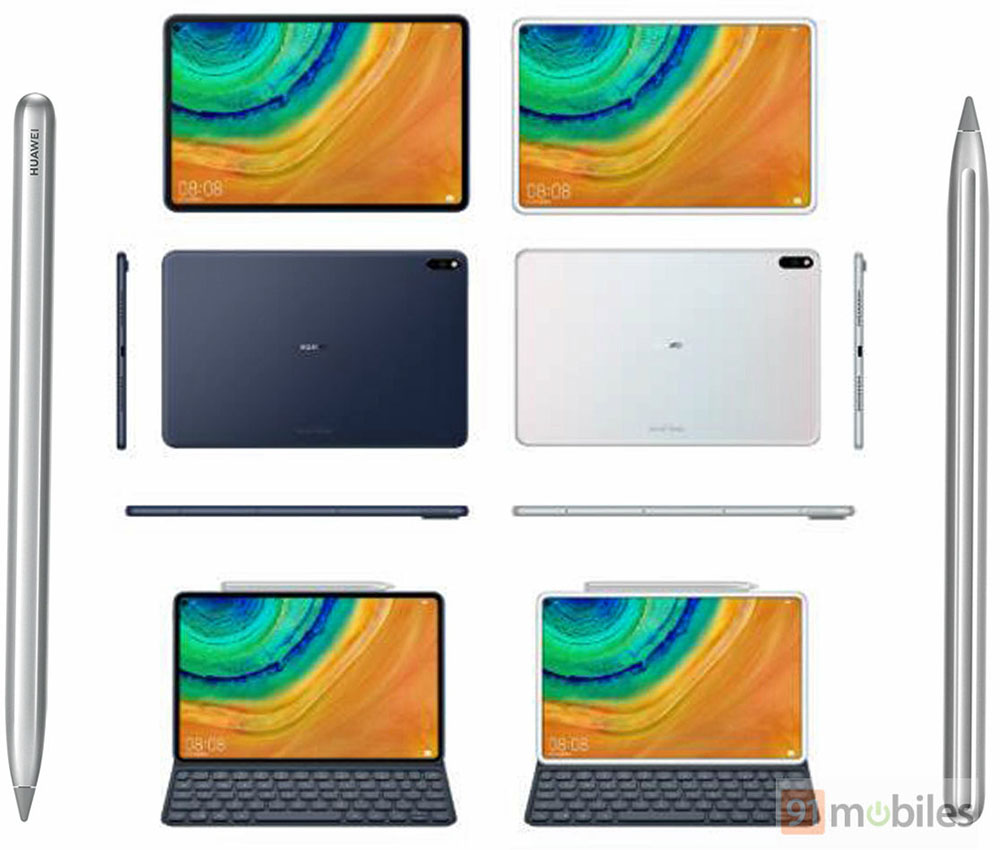