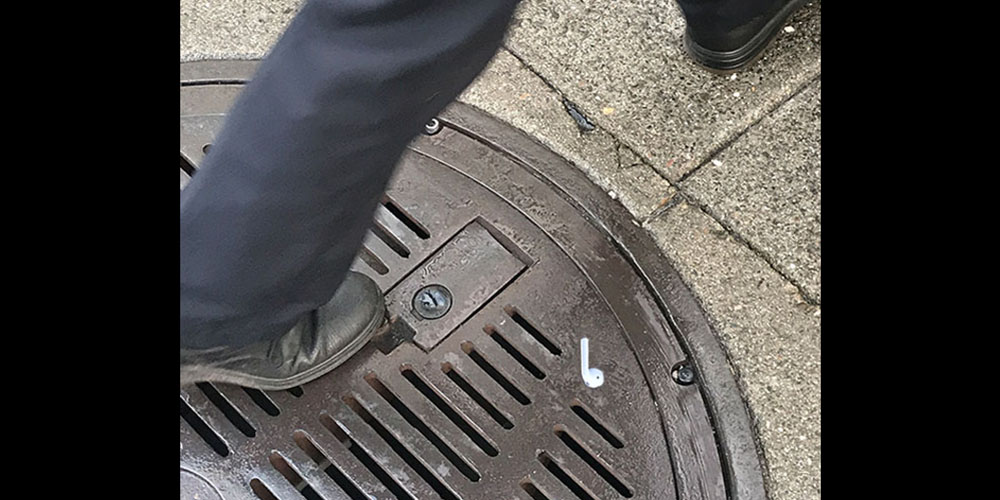 San Francisco artist Pablo Rochat carried out a fun AirPods prank over the weekend, fooling people into thinking the in-ear wireless headphones had been dropped in the street…

An artist carried out a prank this weekend that was seemingly designed to make Apple fans’ blood pressure spike.

Pablo Rochat […] printed out dozens of life-sized stickers designed to look like Airpods and stuck them to the ground all over the city.

The prank was primarily intended to catch people’s attention and cause them to do a double-take, Rochat told Business Insider.

“Most people found it funny, but a few people were pissed that they got pranked,” Rochat said.

I made life-size AirPod stickers and stuck them on the ground, all over the city 🤡 pic.twitter.com/hIrZD0wfom

He has both AirPods and AirPods Pro templates on his website for anyone else who wants to play, though some are already thinking of taking the AirPods prank to the next level.

I have a 3D printer. I’m sure you can probably guess what I’m thinking? 😂

Why didn’t you just cut the wires off of old wired Apple headphones.

With one especially cruel variation on the theme suggested:

you got electrical sockets for sticking on transport hub walls like train platforms and airports???

A recent survey found that AirPods are teens’ most wanted holiday gift.