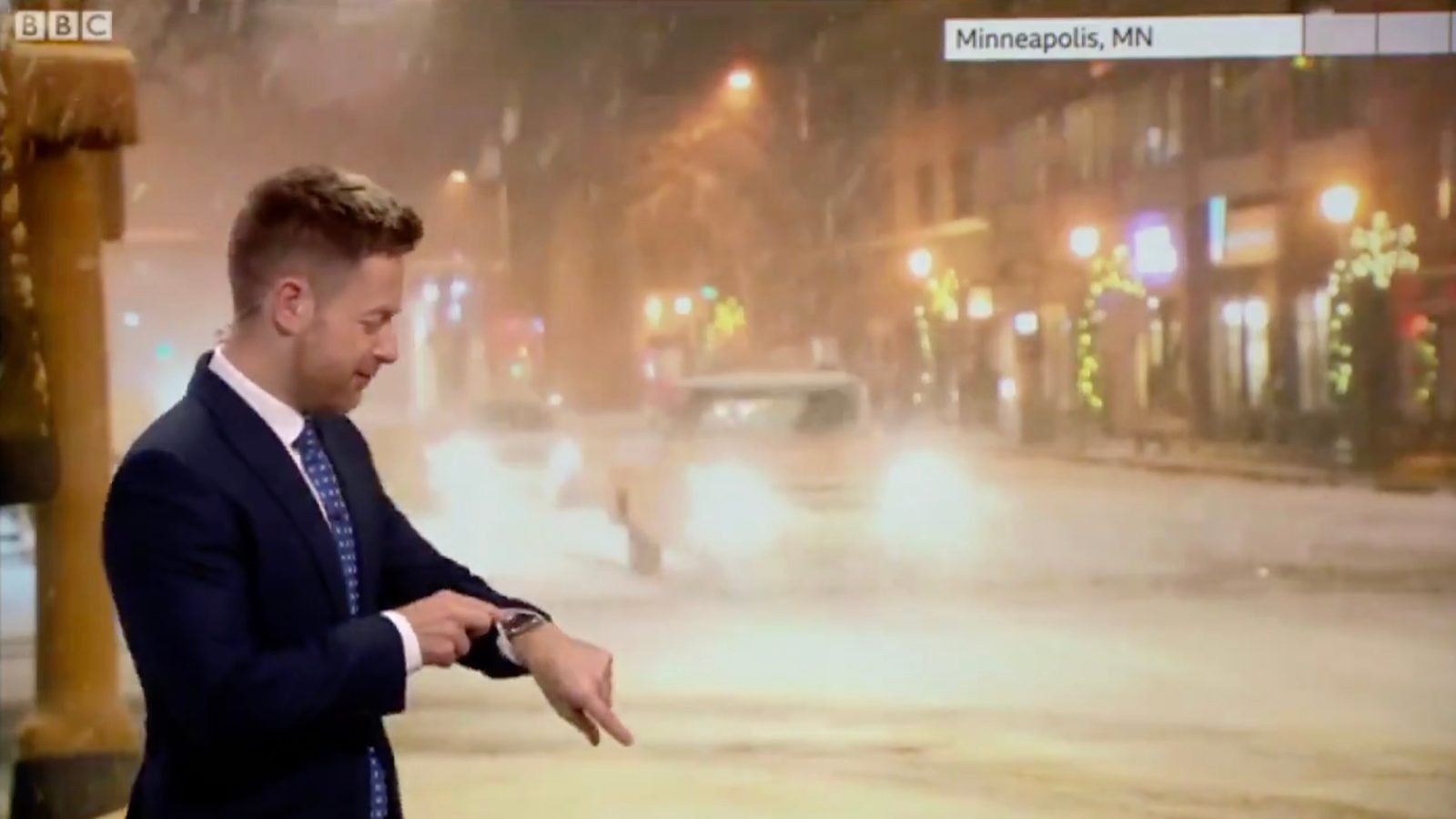 Earlier this month, Apple Watch fall detection made a humorous appearance on James Corden’s The Late Late Show when it was unexpectedly triggered by a guest in the audience.

Following that, Siri on Apple Watch recently made an unplanned appearance on a BBC broadcast this week after a meteorologist accidentally activated the assistant.

As noted by Mashable, meteorologist Tomasz Schafernaker was delivering his forecast on BBC Thursday when Siri chimed in to help. Schafernaker was describing the cold and snowy conditions around many parts of the United States, but Siri had other ideas.

As Schafernaker was talking about the snow throughout the United States, and outlining the possibility of snow in Europe, Siri chimed in to say that there was “no snow in the forecast.” While Schafernaker tried to quickly move on, the BBC anchor didn’t let the blunder slide.

“There is snow in your forecast, I thought,” the anchor pointed out. “Yeah, but it probably doesn’t know what place I’m talking about,” Schafernaker said.

You can watch the awkward interaction below:

When you're a weather presenter and your watch contradicts your forecast….😆
🔊Sound on👇 pic.twitter.com/YXojblKcIQ

Schafernaker responded to the incident on Twitter, pointing out that he did not purposefully trigger Siri, blaming it on Apple instead.

So how did this happen exactly? There are a few possibilities. First off, the Apple Watch might have thought it heard the “Hey Siri” trigger phrase. Second, the meteorologist could have accidentally pressed the Digital Crown and activated Siri. And third, if “Raise to speak” was enabled, it’s possible Siri was activated when Schafernaker raised his arm to point at the green screen.