MacBook Pro Diary: A glitch with the restore, but an informative one at least 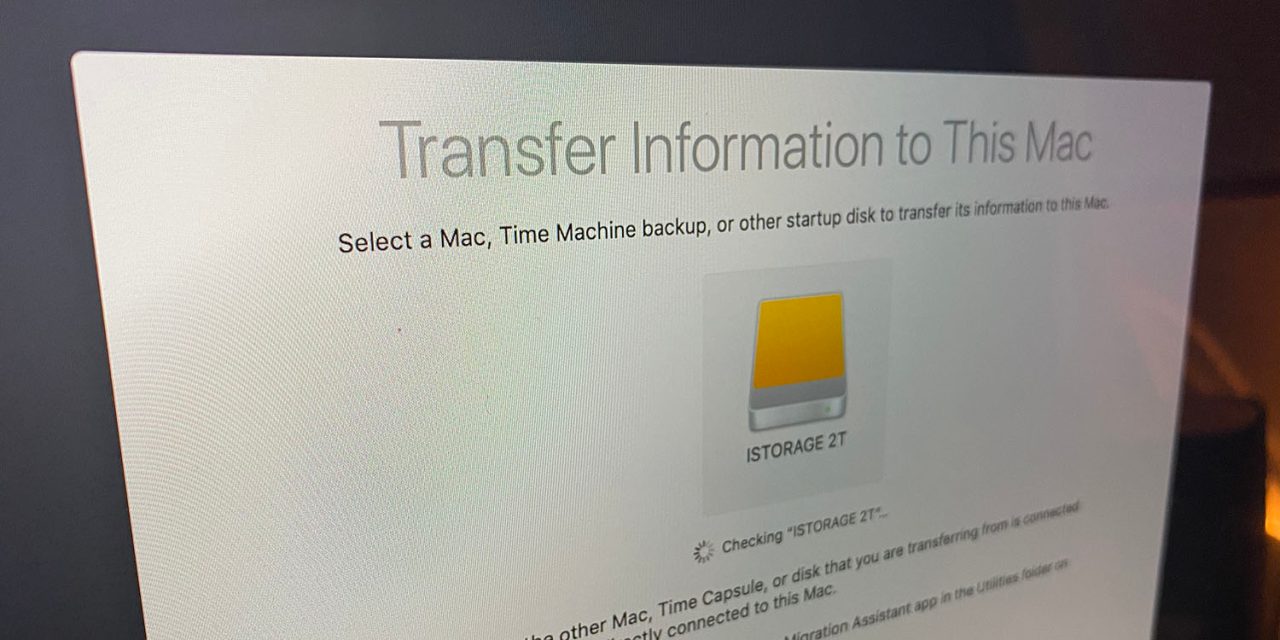 My MacBook Pro problems had one more episode in store for me: after getting the repaired machine back from Apple, there was a glitch after restoring it from a clone.

I cloned the original SSD to an external drive using Carbon Copy Cloner. When I got the repaired machine back, it was effectively a brand new one, as it had a new logic board with new SSD.

I plugged in the clone drive and used a CMD-R startup to boot from the clone, which worked fine…

Formatting the internal SSD and cloning from the external drive also seemed to go fine – initially. All my apps were working fine, and all my data was intact, but Finder was sluggish. It started taking seconds to open a folder, and copying between folders took even longer. It also repeatedly asked me to sign into iCloud.

I force-relaunched Finder and restarted the machine a number of times without improvement. Finally, I had to give up, as the machine was unusable.

Reinstalling just macOS wasn’t an option as it complained that the volume was not formatted as APFS. In theory, you can boot into Disk Utility and do a dynamic change of format to APFS without losing data (which, like dynamic repartitioning, I view as some kind of voodoo magic), but in this case, it was greyed-out.

At that point, I decided simply to do the restore from scratch, but this time using Migration Assistant. Rather than do this from Time Machine, I took the advice of a reader, PhantomQuid and used my clone:

When restoring to a new model, you can still use the clone, but you do it as a migration from a mounted drive. It may even be faster than TM.

This did the trick. It brought back everything bar security-related things and one other thing. So, the finishing touches needed were:

That’s all pretty painless, so this is the process I’ll use when my 16-inch machine arrives.

However, there was one further glitch:

There are a bunch of troubleshooting steps that can be taken here, I just haven’t yet had the time and/or motivation. 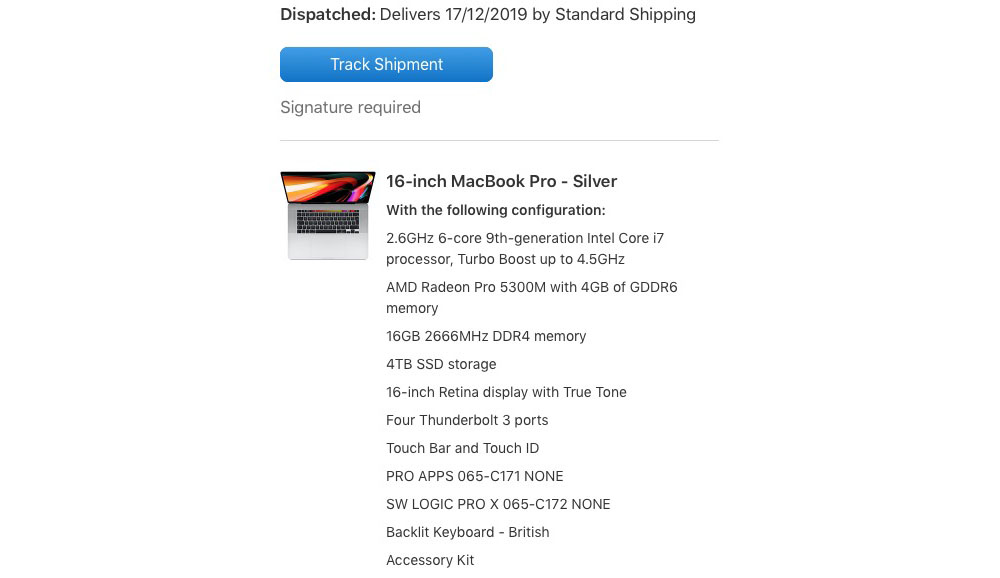 You do sometimes see this with brand new products – shipped to courier companies ahead of their public availability, so they can be held closer to their destination – but I’m not sure what’s going on here. I’m hoping it’s just Apple allowing for a busy time of the year and wanting to exceed expectations; we’ll see.