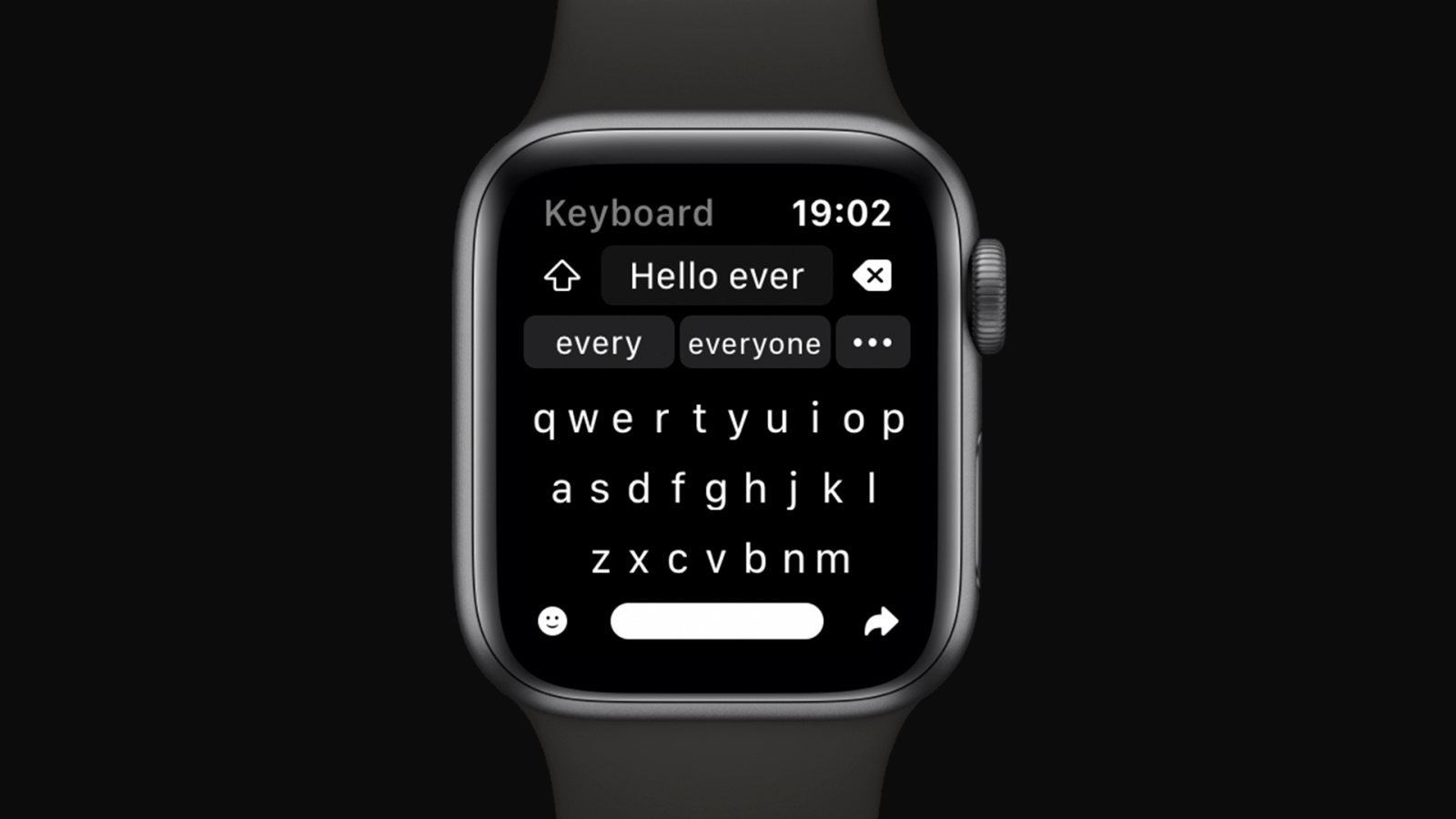 It’s always been possible to send messages through Apple Watch, but not in the same way as on an iPhone because of the obvious differences in screen size. While Apple suggests that using voice dictation is the best way to share something, developer Adam Foot came up with a different idea. He created Shift Keyboard, an app that puts a real keyboard on the Apple Watch screen.

Imagine having a full keyboard, with all the characters appearing on the Apple Watch, just like on your phone. That’s exactly what the app does. And while that may sound a bit weird, Shift Keyboard works better than I expected and it has proven to be an interesting option.

There are actually two types of keyboard inside the app: Full and Precise. You can choose which one you want to use the first time you open the app and change it later in the settings. Precise is the most obvious and simple option, with all the letters, numbers and special characters in large size. 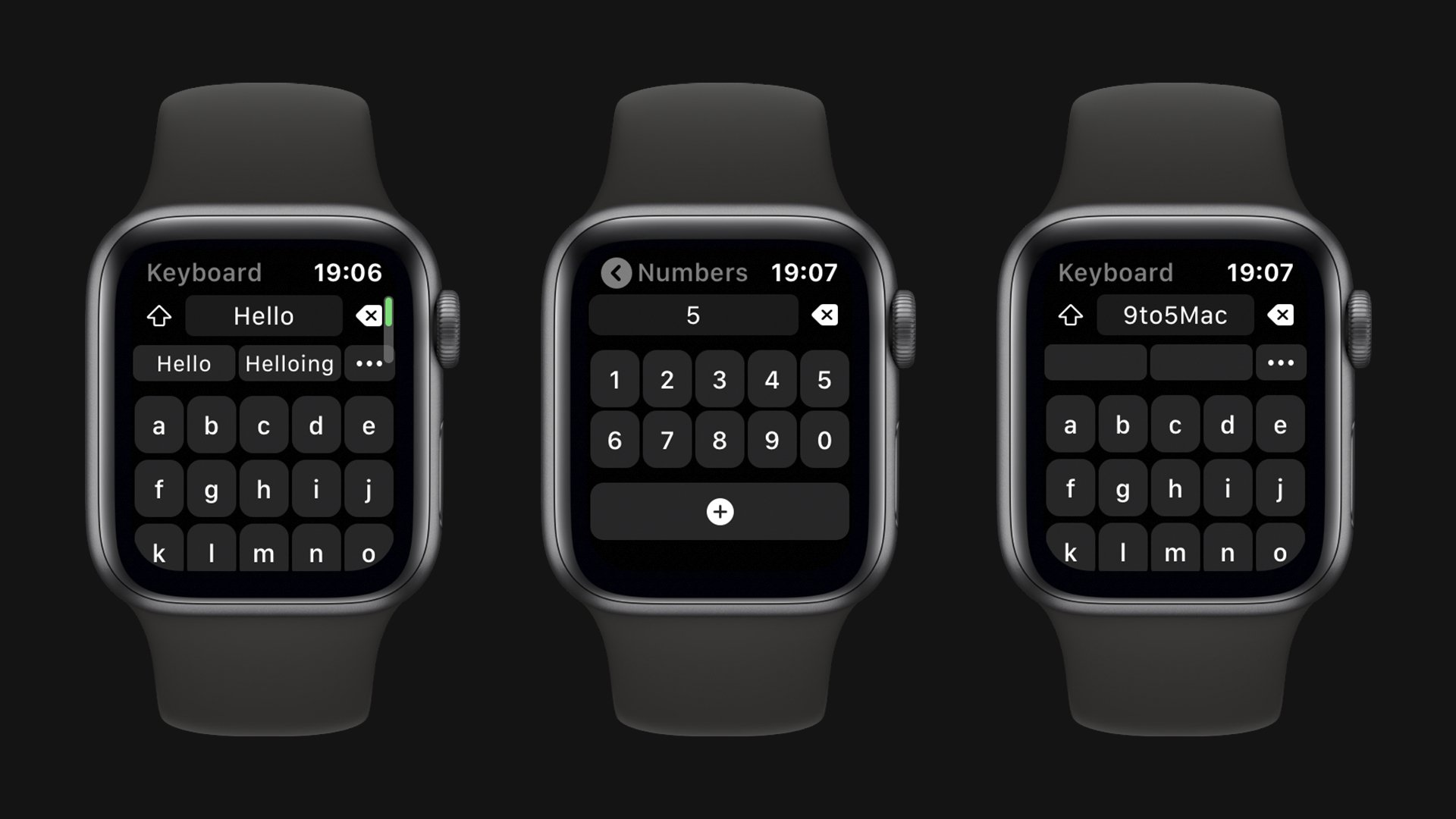 As the name suggests, it’s for those who know exactly what and how they want to write. You can even choose whether to display the Precise keyboard in alphabetical order, QWERTY or AZERTY.

But the most interesting option is the Full keyboard, which shows a keyboard exactly as you see on iOS. Since Apple Watch is so small, this keyboard works along with predictions and suggestions to enhance the message you’re typing. Surprisingly, it works very well and it’s my favorite method. Although it doesn’t have any numbers or special characters, it’s a lot faster to type in. 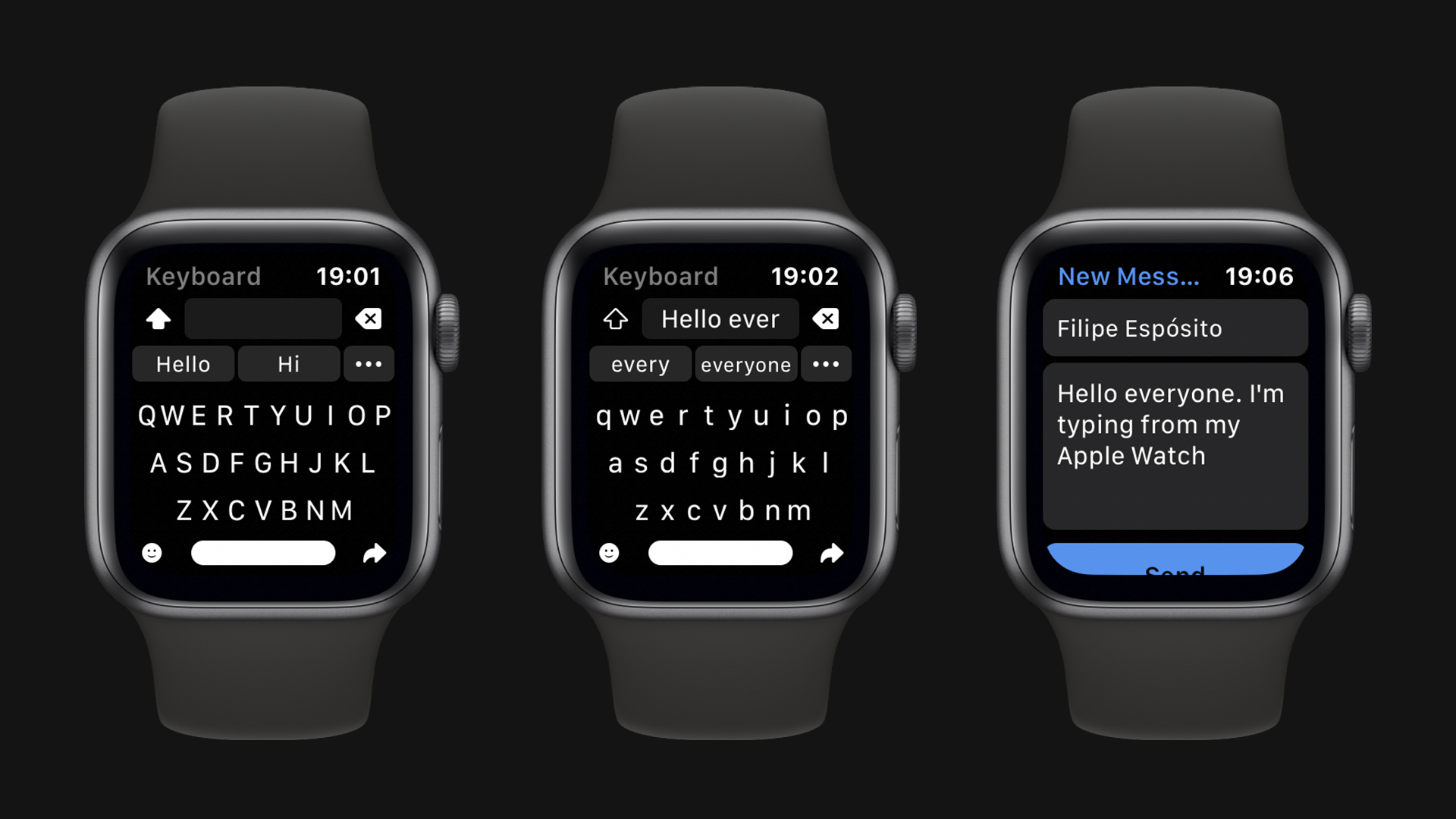 The downside is that due to the limitations of the Apple Watch SDK, Shift Keyboard works as a standalone app and not as a third-party keyboard. That means you can only use it with the system’s native Messages app to send iMessage and SMS. It’s more like a proof of concept than something you’ll use everyday.

If you want to test the Shift Keyboard, the app is available on the App Store for $1.99. It requires an Apple Watch running watchOS 6.0 or later.

What’s the real use of Shift?

As I said before, it’s already possible to send messages with Apple Watch using voice dictation or the Scribble feature. So why would someone use a real keyboard on a watch? Well, at least in my personal use, voice commands are not always the best option.

Sometimes Siri can’t correctly identify everything I said, which usually happens when I use specific and complicated words. And the Scribble feature, which requires the user to draw the letters on the screen, is slow, inaccurate and not available in all languages.

I know many people don’t use Apple Watch to send long messages, but with the device becoming increasingly independent – especially with the cellular option – Apple should consider new ways to messaging with it. At least by letting developers do it with deeper system integrations.

What do you think of that? Let me know in the comments below.