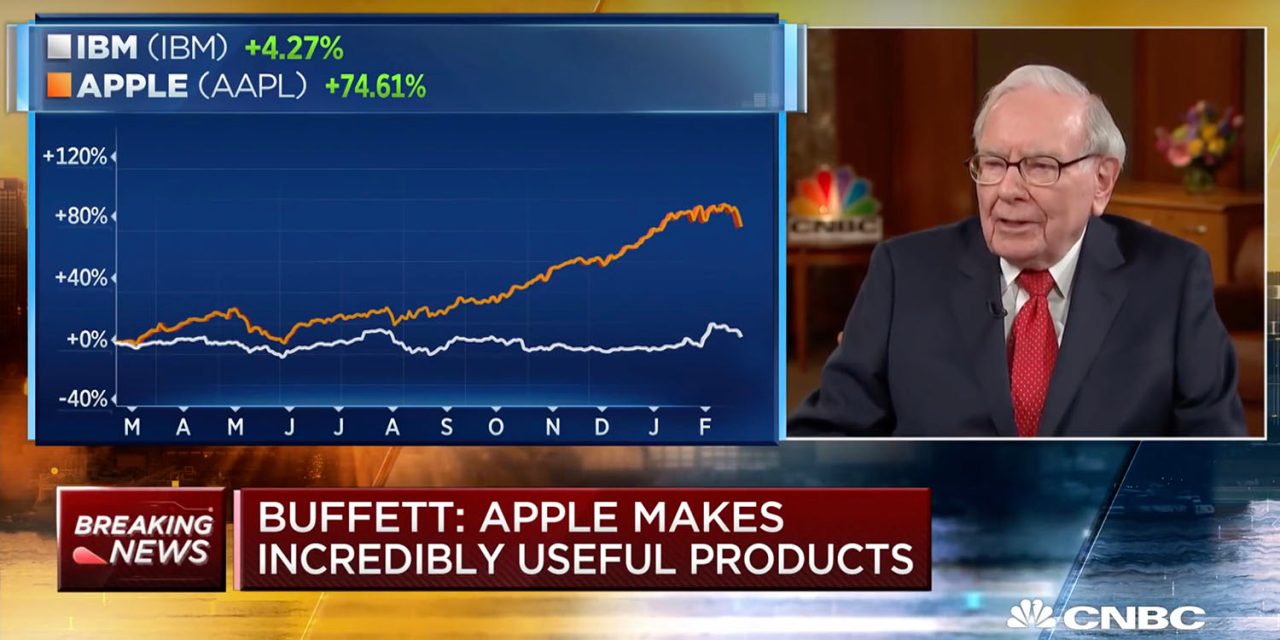 Billionaire investor Warren Buffett has said in an interview that Apple is ‘probably the best business I know in the world.’

His Berkshire Hathaway conglomerate is now the largest single investor in AAPL, owning 5.7% of the company and ‘increasing all the time’ …

He made the remark in an interview with CNBC.

Warren Buffett told CNBC that Berkshire Hathaway’s “third largest business,” after its insurance and railroad interests, is its stake in Apple.

“I don’t think of Apple as a stock. I think of it as our third business,” Buffett said on Squawk Box.

“It’s probably the best business I know in the world. And that is a bigger commitment that we have in any business except insurance and the railroad,” he said.

Buffett once said that the company’s future was too unpredictable for him to invest.

But he now regrets that view.

Buffett said he wished he bought Apple long before he did: “I should have appreciated it earlier.”

Indeed, his view of it as the best business going led him to say in 2018 that he’d like to own the company outright.

Buffett also finally switched to using an iPhone personally, after consistently choosing to use a cheap flip-phone instead. Back in 2018, Tim Cook offered to come set it up for him personally.

Once a fan of the $20 Samsung SCH-U320, Buffett is now using Apple’s latest iPhone 11. He’s been a longtime user of the flip phone, even though Apple is Berkshire Hathaway’s third largest business, behind insurance and railroads. But, he says the flip phone is “permanently gone” even though he admits he mostly uses the iPhone for phone calls.

“You’re looking at an 89-year old guy who’s barely beginning to get with it,” Buffett said, though he doesn’t use “all its facilities like most people.”

“I use it as a phone,” he said. Buffett said in the past that he uses an iPad to check stock prices and do research.

Cook has said he would fly to Omaha, Nebraska, to help Buffett set up his new phone.

“I told him I’ll personally come out to Omaha and do tech support for him,” the Apple CEO said in 2018.

The interview follows an earlier profile in the WSJ in which it was said that Buffett had a complete reversal of his early approach to investing.

Mr. Buffett, Berkshire’s chairman and chief executive, spent his early investing years trying to buy “cigar butts,” or companies that were selling so far below their value that an investment would likely be profitable no matter how the company performed. He later transitioned to focusing on buying well-run companies with strong competitive advantages at reasonable prices.

Check out the CNBC video below.