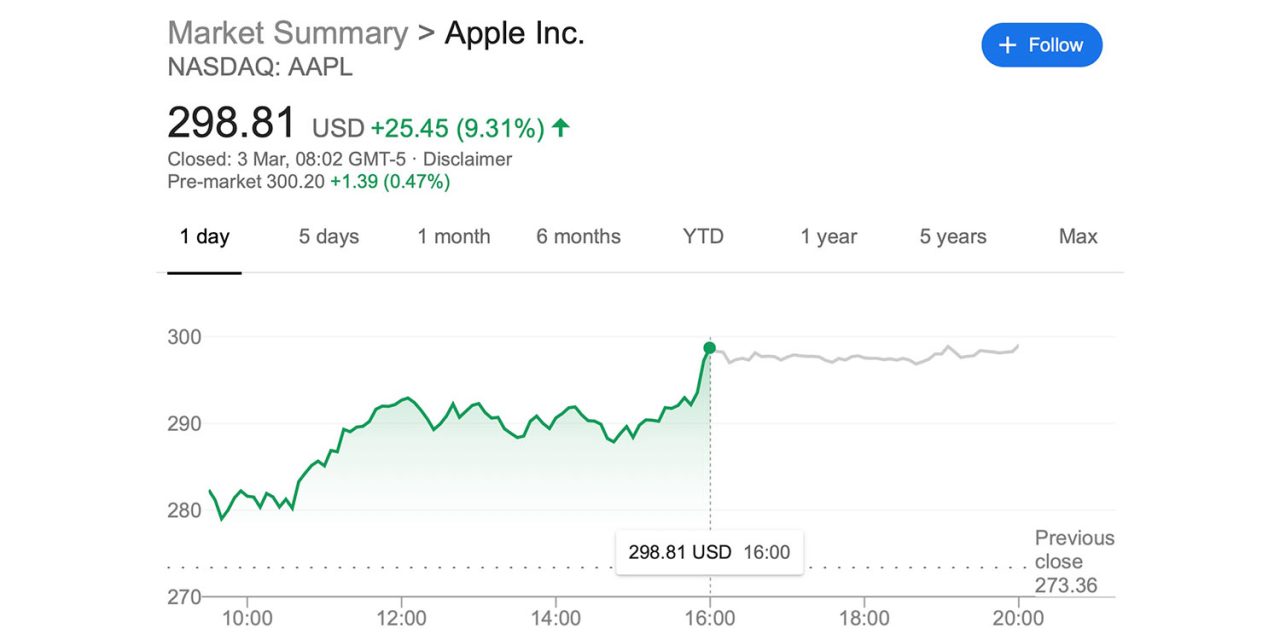 AAPL stock climbed 9.3% in one day yesterday, after earlier falls due to concern about the impact of the coronavirus outbreak on Apple’s supply chain and demand in China.

Three factors likely explain the turnaround. First, investors seem to have decided that initial sell-offs were something of an over-reaction to what is likely to be a short-term problem …

While there have been signs of panic, CEO Tim Cook has consistently delivered a message that he sees the impact of the virus as a purely short-term issue. He said late last week that he believes China is getting things back under control, with a report today lending weight to that idea: Foxconn announcing that it expects to resume full-scale production by the end of the month.

Second, Reuters notes that governments are working to limit the short-term hit to the economy.

More broadly, the S&P 500 jumped 2.8% as investors bet that monetary stimulus from central banks would cushion the economic impact of the coronavirus.

Third, Oppenheimer said in a note yesterday that Apple appeared better-placed to bounce back from coronavirus issues than its competitors.

One factor here is likely the steps Apple takes to ensure reliable supplies of components through large-scale contracts and diversification of suppliers. These measures include agreements with some suppliers for dedicated production lines for components being made for Apple, so while other companies may be fighting over the same limited suppliers, the iPhone maker is in a far more secure position.

AAPL stock climbed 66% over the past year thanks to increasing confidence in the reliability of revenue streams from Services, and a significant boost to iPhone sales expected from the first-ever 5G models due to be launched later this year.