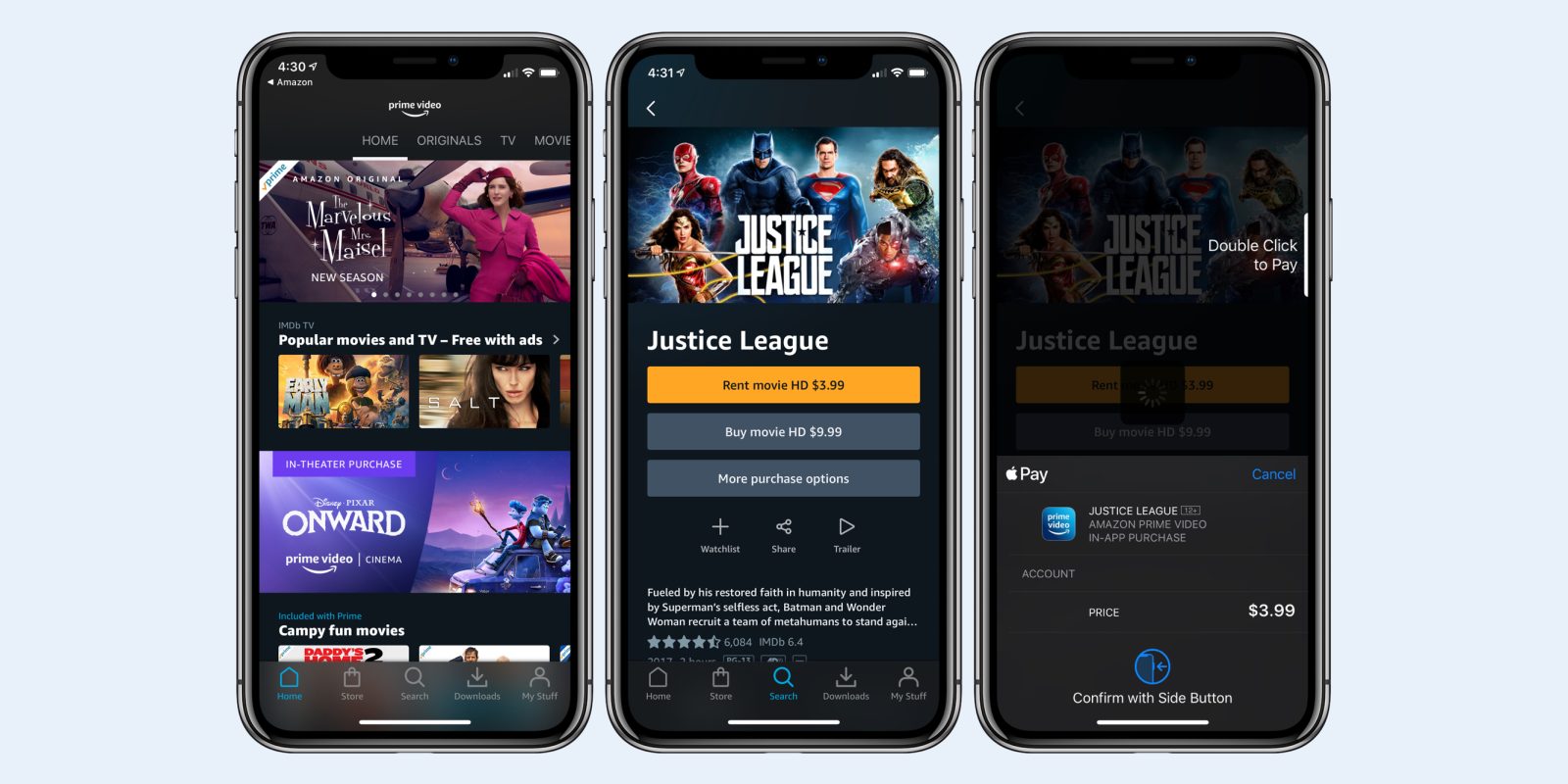 Update: In a statement, Apple told 9to5Mac that it has an “established program for premium subscription video entertainment providers” and qualifying apps like Prime Video can offer customers the option to buy or rent movies and TV shows using the payment method tied to their existing video subscription. This same program covers features like integration with the TV app, AirPlay 2, universal search and single sign-on integration. Original story below.

In a significant shift, the Amazon Prime Video app on iOS and Apple TV now features a built-in content store. This means users can now buy or rent TV shows and movies directly inside the app on Apple platforms. The change was first spotted by The Verge.

For the longest time, Amazon did not support this because of Apple’s App Store rules which require the developer to use Apple’s In-App purchase system for digital content and give 30% of the revenue to Apple. The app now seems to use Amazon payment method if you have a card on file, otherwise it uses Apple In-App Purchase.

Obviously, this is a big win for customers who can finally enjoy premium Amazon Prime Video content directly in the native iPhone, iPad and Apple TV apps. Previously, users would have to buy the TV show or film through Safari or an app on another platform.

Apps that operate across multiple platforms may allow users to access content, subscriptions, or features they have acquired in your app on other platforms or your web site, including consumable items in multiplatform games, provided those items are also available as in-app purchases within the app. You must not directly or indirectly target iOS users to use a purchasing method other than in-app purchase, and your general communications about other purchasing methods must not discourage use of in-app purchase.

The Amazon Prime Video app should not be allowed to use its own payment system and skirt sharing 30% of the revenues with Apple at all.

It seems that Apple and Amazon have agreed a special deal, something that is currently not offered to all developers. Apple has even granted the app a special entitlement that lets it generate custom in-app purchase metadata — like showing an age rating in the in-app purchase sheet.

Although neither company has yet clarified the situation, it looks like Amazon is allowed to bill using its payment method — and keep 100% of the revenue — if the account has a pre-existing payment method attached. Otherwise, Amazon Prime Video presents the Apple In App Purchase flow, in which Apple surely takes its split of the revenue.

If you have an Amazon payment method, it uses Amazon billing.

Apple and Amazon have deepened their company relationships in recent years. For one, Apple launched an official retailer section for its products on Amazon with Amazon agreeing to remove all third-party resellers. Apple Music, Apple TV+ and Apple Podcasts have also recently been rolled out to Amazon’s fleet of smart home devices.

Just as Apple didn’t let Amazon offer its own in-app purchases up to now, the Apple TV app on Amazon Fire TV does not support purchases either. Maybe the companies have called a truce and struck a special deal, although right now the Amazon Apple TV app still requires users to make their purchases on another device.

However, Apple has traditionally held steadfast on not making special arrangements. Netflix, Spotify and many other companies have complained about the nature of Apple’s draconian walled garden. What we see happening currently with Amazon could be a private experiment between the two companies, and Apple intends to roll it out more widely soon.

We have asked Apple for clarification on the matter and will update if we hear back.