[Update: Trackpad teardown] Check out the beautiful complexity of the Magic Keyboard for iPad Pro thanks to iFixit’s X-rays 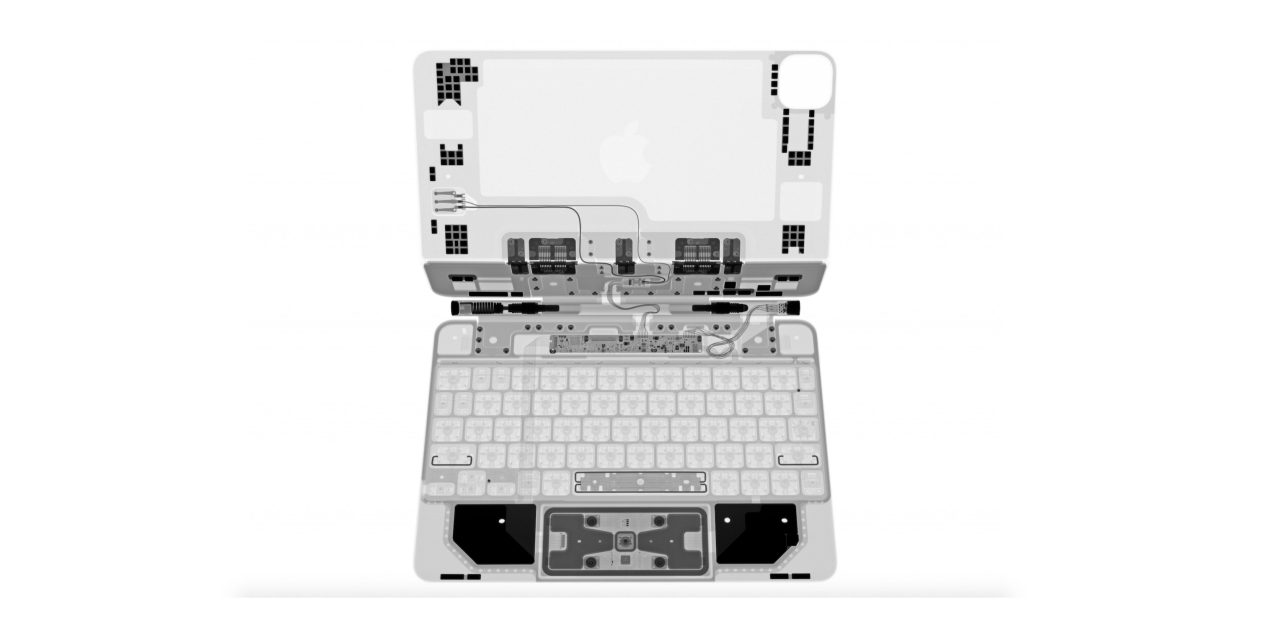 iFixit hasn’t been able to do its normal physical teardown of the new Magic Keyboard and trackpad for the iPad Pro but the company has gotten creative and done an X-ray teardown of the device. Follow along for a fascinating look inside Apple’s beautiful and intricate iPad Pro accessory.

Update 5/11: iFixit has now torn down the trackpad of the iPad Pro Magic Keyboard and discovered how its “elegant” system works without haptic feedback to offer the same click experience anywhere you press on it…

What looks like multiple buttons in the X-ray is actually just one button and a simple, elegant lever system. The single button is at the center of the trackpad, where the mechanism is rigid. When you apply pressure near the center, whether top, middle, or bottom-center, you are directly pressing the button. Press near the top, bottom, or one of the corners, however, and the lever system comes into play, forcing the contact plate in the center upward to make a click happen. You can see it happen in this animation below. Note how the lever mechanism covers not only the diagonal corner areas, but the perimeter of the trackpad, too.

iFixit mentions that this is the last part of the device it will be able to teardown until it dives into the full Keyboard later on.

This trackpad is the only part of the Magic Keyboard that comes apart without major destruction to the device. It’s likely the last bit of disassembly we can show you, at least until we get full repair guides ready.

iFixit notes that from the X-ray alone you’d think the Magic Keyboard for iPad Pro (reviewed) is more than just an accessory:

There is so much going on here, you might never guess that this is technically an accessory to the actual iPad Pro (until you notice the $330 price tag). We’ve physically torn down the Smart Keyboard before, to, shall we say, messy and inconclusive results. We X-rayed the last generation of Smart Keyboard, which showed some of the design cues you see here. But rarely have we had so much to think about from a single image.

One interesting aspect is the trackpad…

The trackpad appears to be a new design. It’s different from MacBook trackpads, which have no buttons and use haptic feedback to simulate “clicking.” Are these multiple physical buttons, catching your finger-pressing intent wherever you place it? 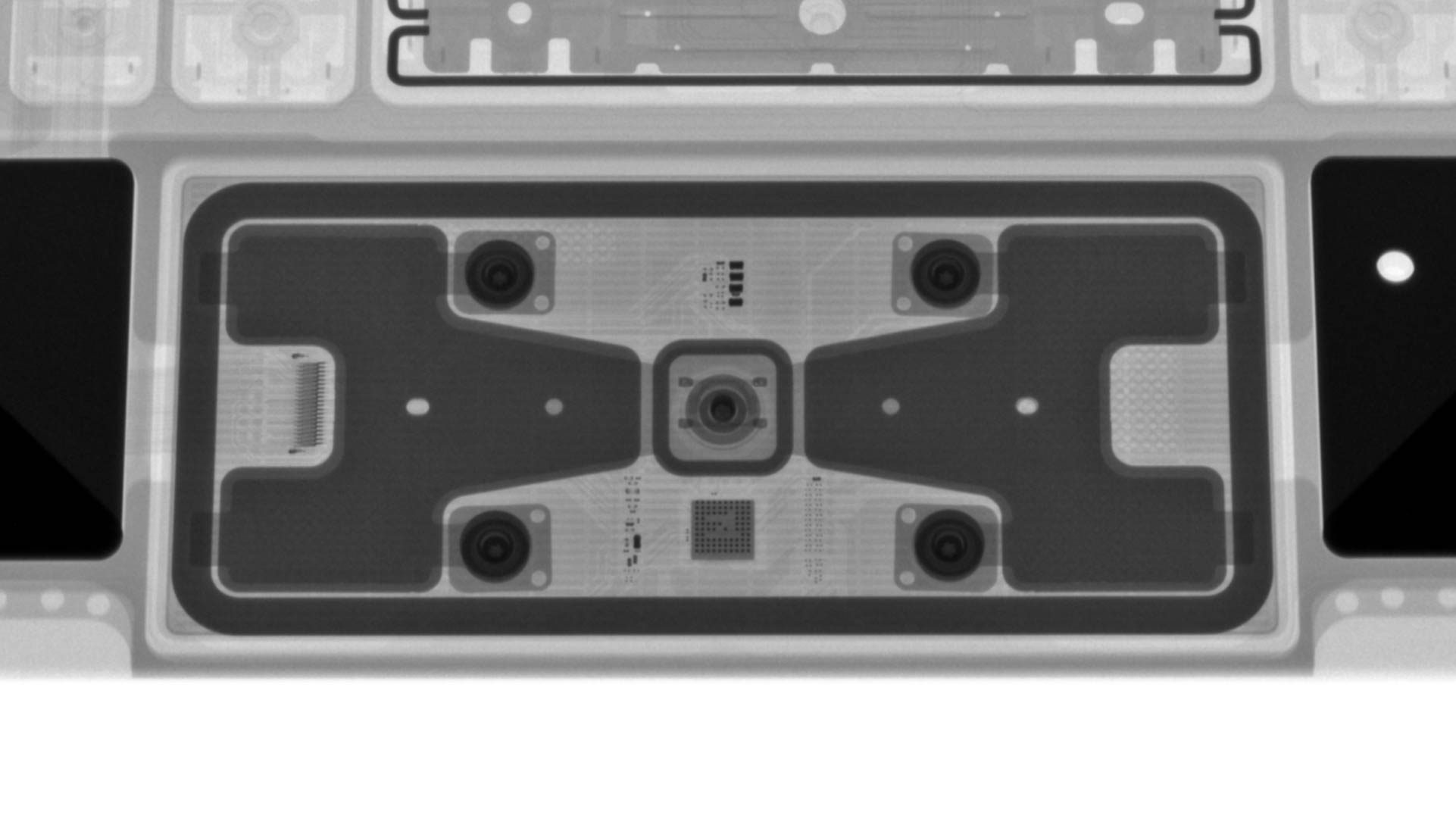 Going further, iFixit says “There’s more going on inside this keyboard accessory than there is in many laptops.”

Another fascinating part of the Magic Keyboard design is a dual-spring mechanism of the dual-hinge system:

Further up on the Magic Keyboard, we see not just one, but seemingly two spring-loaded hinge designs at the folding point. We’d be interested to hear more about this big-into-little-coil design from folks who work with springs or hinges. 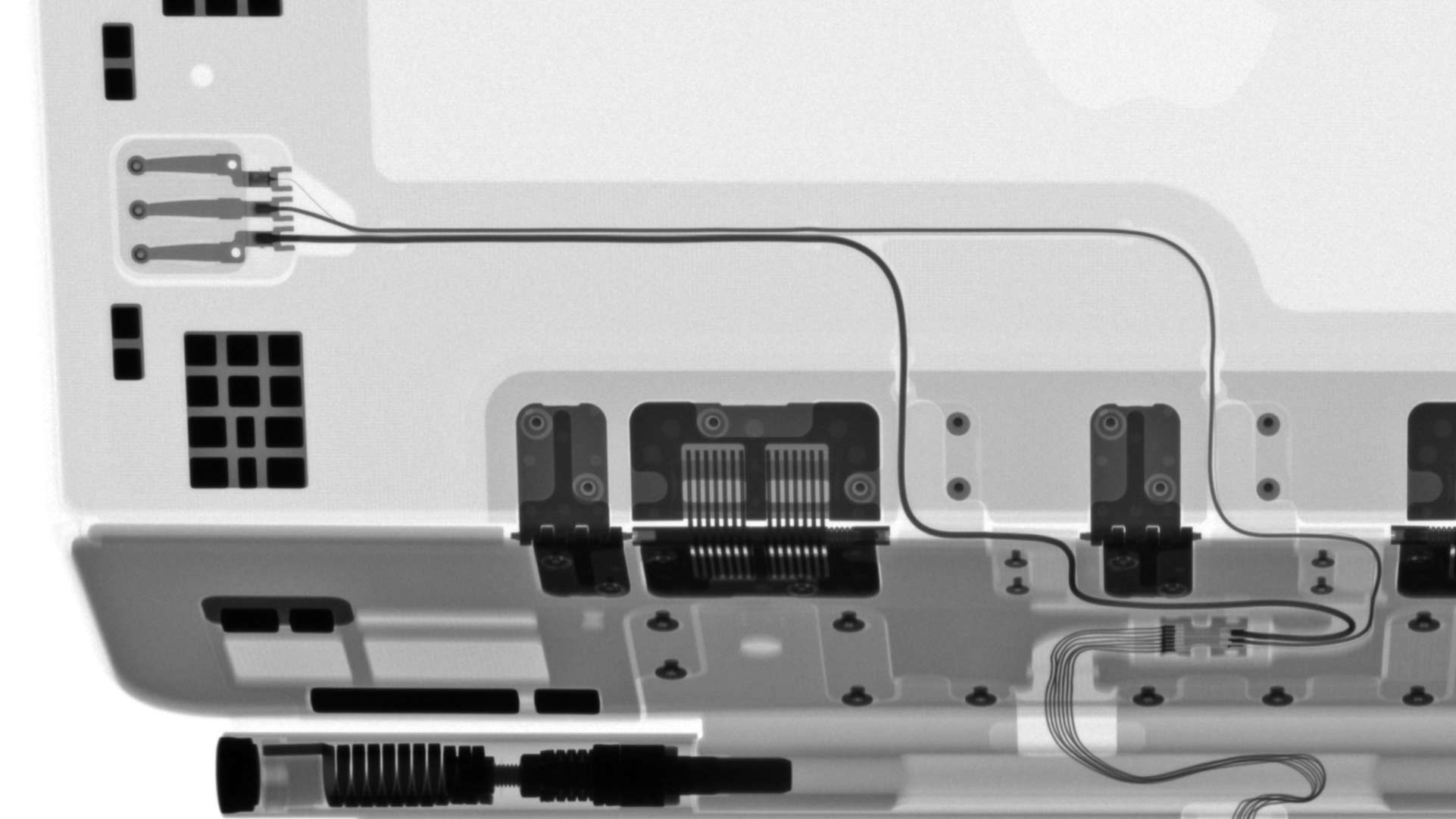 Also, more intricate engineering is seen with the magnet layout around the Magic Keyboard that creates a sturdy and stable experience:

Finally, just a little observation about this mass of tiny magnets up by the camera cut-out: Whoa. That’s a lot of little polarized bits to line up, space out, and configure against their companions inside the iPad Pro. How many magnets did you think it was before you saw this?

You can see them in the image below as well as the lead image at the top of this post. 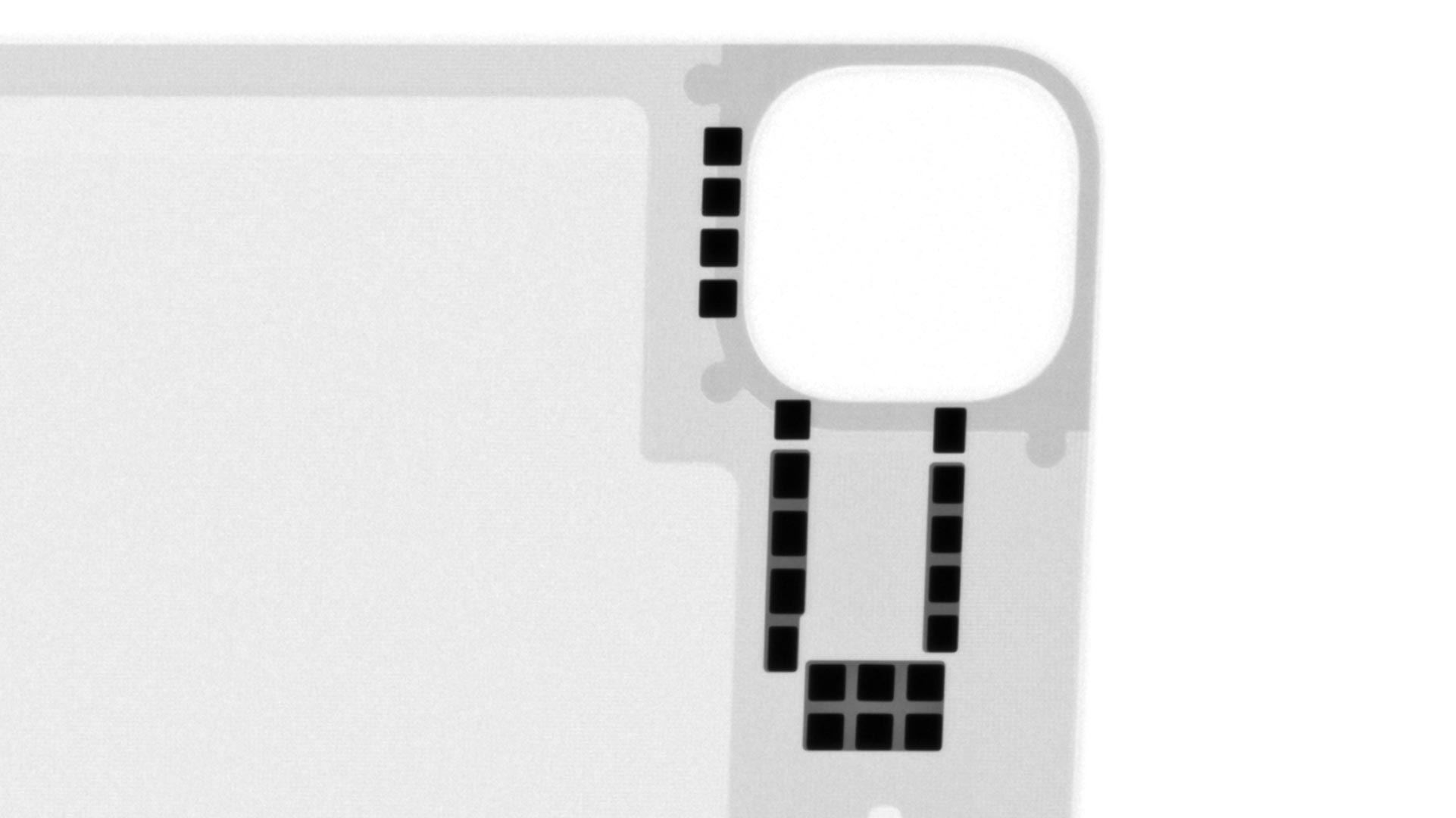 iFixit says it’s planning to do a full physical teardown as soon as it can to uncover more of the device’s mysteries.

For now, you can check out the full X-ray exploration over at iFixit. And be sure to check out our full review of the Magic Keyboard and trackpad for iPad Pro.