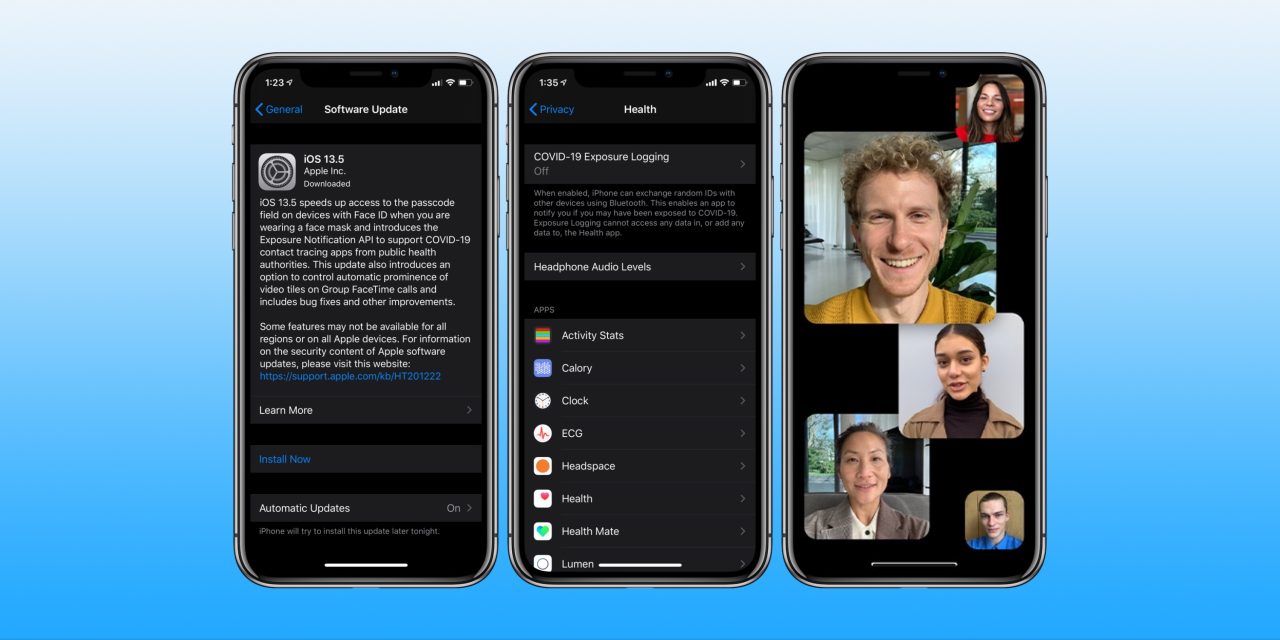 Apple has released iOS 13.5 to the public, and the update includes some major changes including contact tracing support (Exposure Notifications), Face ID improvements, and the ability to stop faces in Group FaceTime from moving as people talk, and more. Follow along for how to install iOS 13.5.

Apple and Google have been working over the past weeks to bring their contact tracing API that’s based on anonymous Bluetooth data (not GPS location data) to iOS and Android. iOS 13.5 marks the availability of the software, and users can take advantage of it as soon as local health authorities release apps that support it (stay tuned to 9to5Mac here for where supported apps will be available).

Other improvements with iOS 13.5 include the option to quickly skip Face ID if you’re wearing a mask, stopping faces from moving around in Group FaceTime when people talk, and automatically share your Medical ID with first responders for emergency calls.

How to install iOS 13.5 with contact tracing, Face ID and Group FaceTime updates

Contact tracing via Exposure Notifications in iOS are not available on iPad. The feature is turned off by default and needs an authorized app to be installed and approved by the user to work. Here’s how to find it in your iPhone’s settings:

For more details on contact tracing in iOS, the new Group FaceTime feature to turn off faces from moving based on who is talking, and Face ID improvements, check out these tutorials:

And another new feature with iOS 13.5 and watchOS 6.2.5 is the ability to automatically share your Medical ID with first responders if one of your devices makes an automatic emergency call. Learn more about that here: