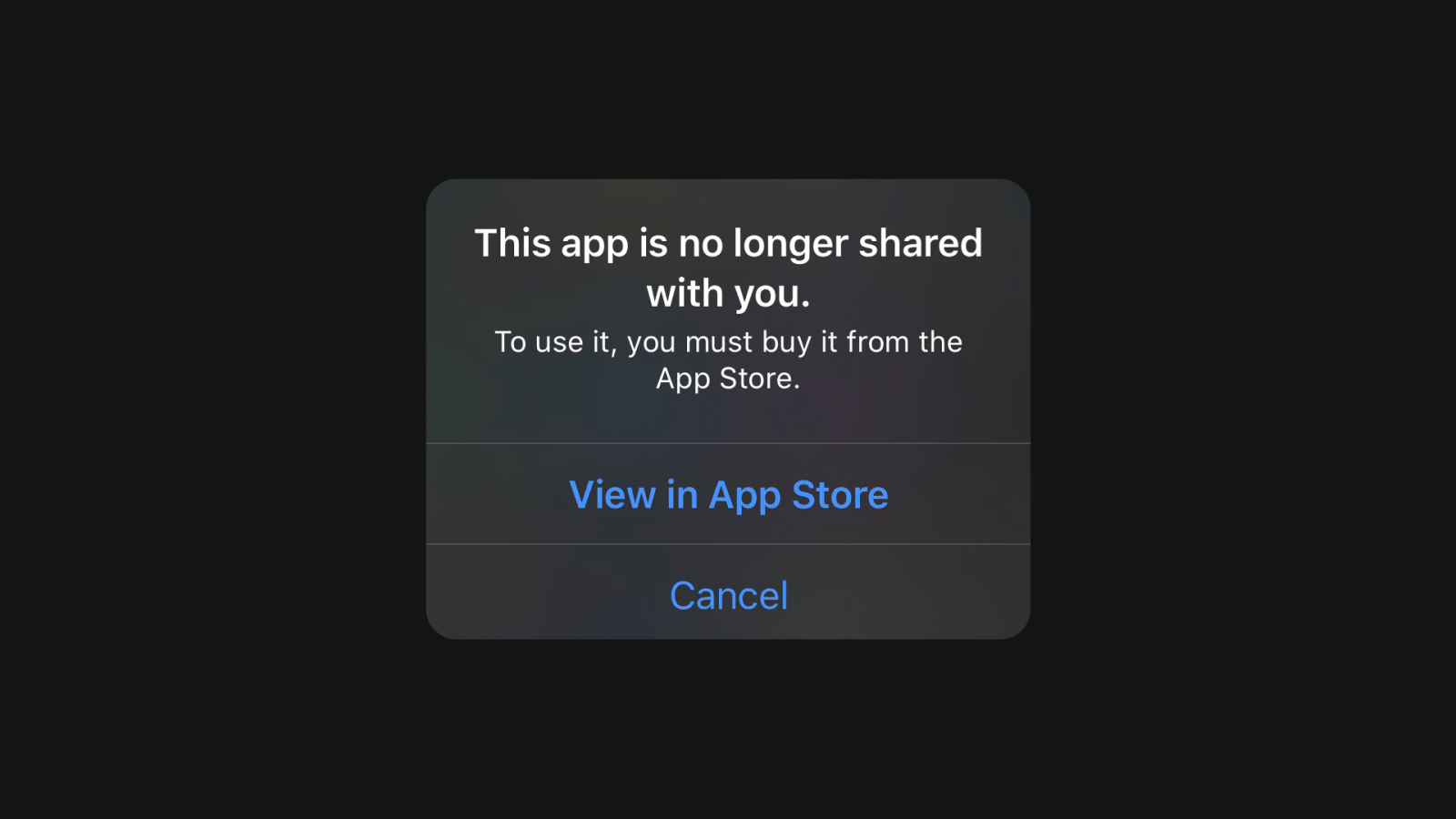 iOS 13.5 was released for all users this week, and it’s already causing some problems. According to several reports on social networks, some users cannot open their iPhone and iPad apps as the system shows an unexpected error message.

Essentially, when trying to open some apps, iOS shows the following message:

This app is no longer shared with you. To use it, you must. buy it from the App Store.

Then, users can’t do anything except cancel the prompt or get redirected to the App Store. The issue is affecting random apps instead of a specific app, and although we don’t know exactly what this is about, this error message is related to iCloud Family Sharing.

That doesn’t mean, of course, that there’s a problem with your iCloud account if you’re facing this bug. Most likely, there’s some mess going on with Apple servers that are preventing iOS from verifying that you’ve already purchased an app.

Apple hasn’t confirmed the problem on its official System Status webpage yet, and unfortunately, we don’t have a workaround for this situation, although some people have suggested that reinstalling the apps solves the problem. If this is happening to your iPhone or iPad, we recommend that you wait until Apple fixes the bug.

@YouTube this is hilarious! I can’t use the YouTube app as it’s no longer shared with me… pic.twitter.com/quXJRe3UUL

@AppleSupport iOS 13.5 is causing many of my apps to give me a “this app is no longer shared with you.” Error. Have to reinstall all of them!

Let us know in the comments if you’ve had this problem today.