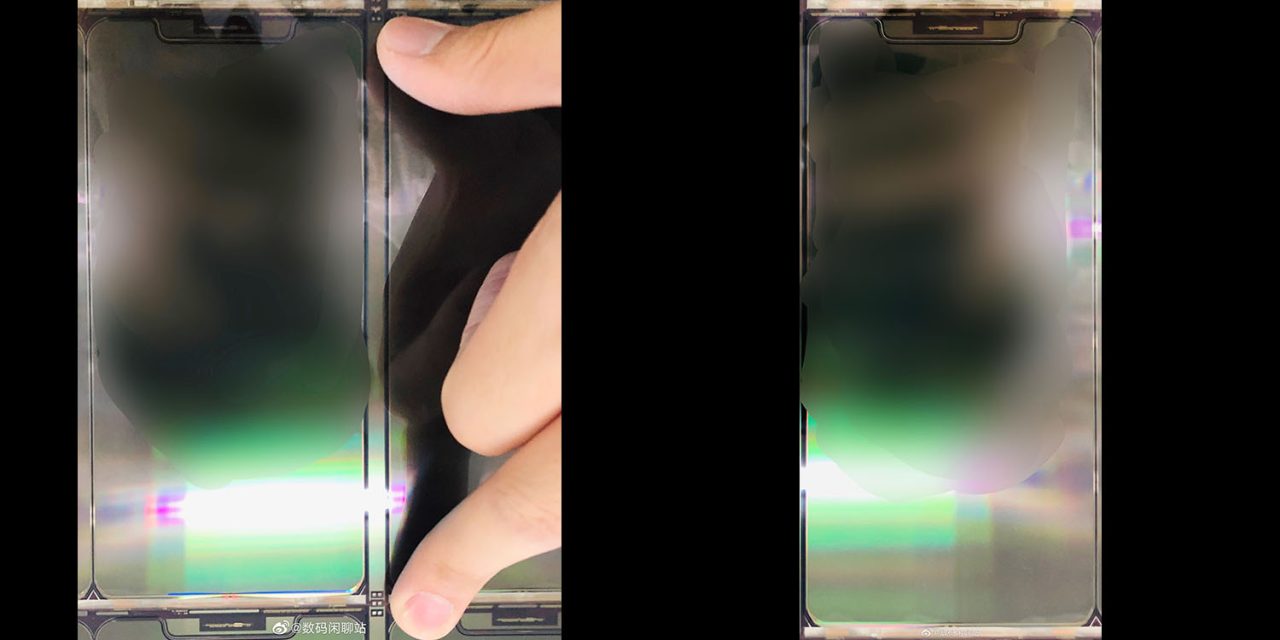 A Weibo blogger has shown photos of what are claimed to be iPhone 12 notches and screens, specifically of the 5.4-inch model.

As with many such images, it’s hard to assess whether they are what they claim. The overall edge-to-edge design and notch shape and size are a good match, but this is now an increasingly common smartphone design.

The images have been edited to remove reflections which may reveal the face of the person who took them, or other identifying elements.

They were first posted on the Chinese social media platform Weibo and then reposted on Twitter. The commentary suggests the model might be the ideal option for those who loved the original iPhone SE.

Tom’s Guide suggests that the iPhone 12 notch size appears to be the same as the iPhone 11 models, while the bezels may be slightly smaller.

As the pictures show, the Face ID notch remains in place, with Digital Chat Station claiming it’s the same size as previous generations of notch-equipped iPhones. That normally wouldn’t concern us, but given that this is the smallest iPhone yet with Face ID, that means a greater percentage of the display is eaten up by notch.

On the other hand, it looks like the bezels around the edge of the display have shrunk a little. It’ll be hard to tell until we see the display on the actual phone, but it’s not an unreasonable change for Apple to make.

I’d personally be a little skeptical about smaller bezels: display panels often look true edge-to-edge until they are placed inside the phone casing.

We’re expecting to see four different iPhone 12 models. We don’t yet know the names, but using last year’s nomenclature as an example:

The 5.4-inch model is expected to have a height midway between the original iPhone SE and its successor. It is also expected to have dual-cameras, in contrast with the triple-camera setup of the Pro models. Our own analysis also shows that only the more expensive models will have a Time-of-Flight (ToF) sensor on the rear for more sophisticated augmented reality performance.