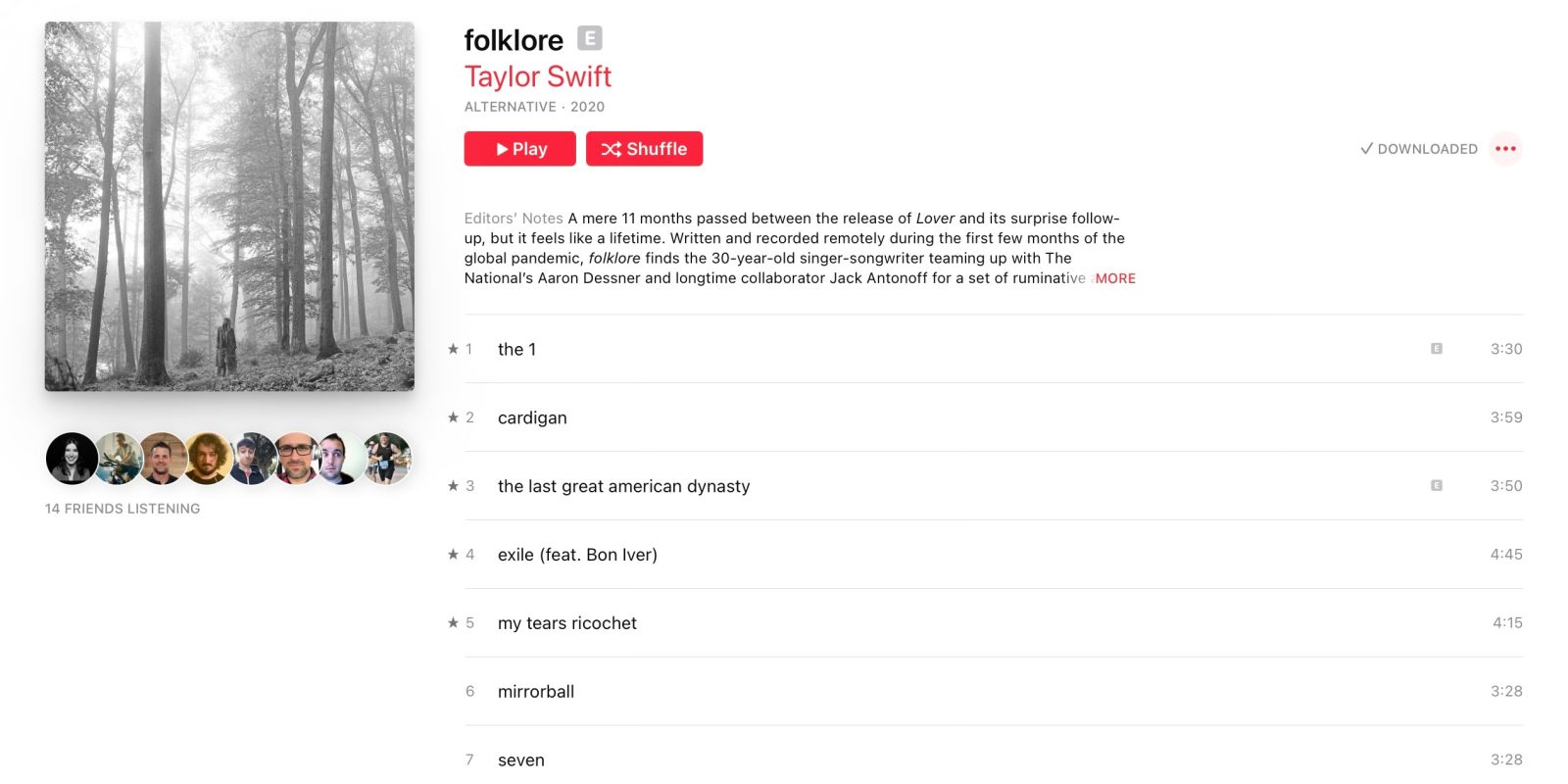 Taylor Swift’s surprise album release last week is setting records on streaming services. As reported by Deadline, Swift’s new album Folklore set a record for the most streams in 24 hours for a pop album on Apple Music, garnering 35.47 million plays.

Interestingly, the streaming numbers for Folklore on Spotify are even more impressive. According to Swift’s record label, Folklore was streamed 79.4 million times during its 24 hours of availability. That sets a record for the most streams for an album by a female artist in 24 hours, the company says.

Beyond that, folklore also dominated on the global streaming platforms. Spotify said Swift’s total of 79.4 million streams is a new record for an album by a female artist. Apple Music’s total of 35.47 million is a new high for a pop album. That means the album will easily debut at No. 1 on the Billboard albums chart, and will have the best showing since Swift’s Lover album came out in 2019.

Folklore is Swift’s eighth studio album and was a surprise release last week. The singer-songwriter explained that she wrote and recorded the album during the COVID-19 shutdown. “Folklore” is widely available on streaming services including Apple Music and Spotify, which hasn’t always been the case for new music from Swift.

The artist famously kept her album 1989 off of Apple Music at first and publicly wrote about her disapproval of how Apple was handling its three-month trial period. Artists originally weren’t being paid during the period that subscribers weren’t paying, but Apple quickly changed its position and decided to eat the cost during its lengthy trial period.

Swift’s album Reputation came to Apple Music three weeks after its release, and her seventh album Lover was available on Apple Music from day one. The trend continues with this year’s release of Folklore.