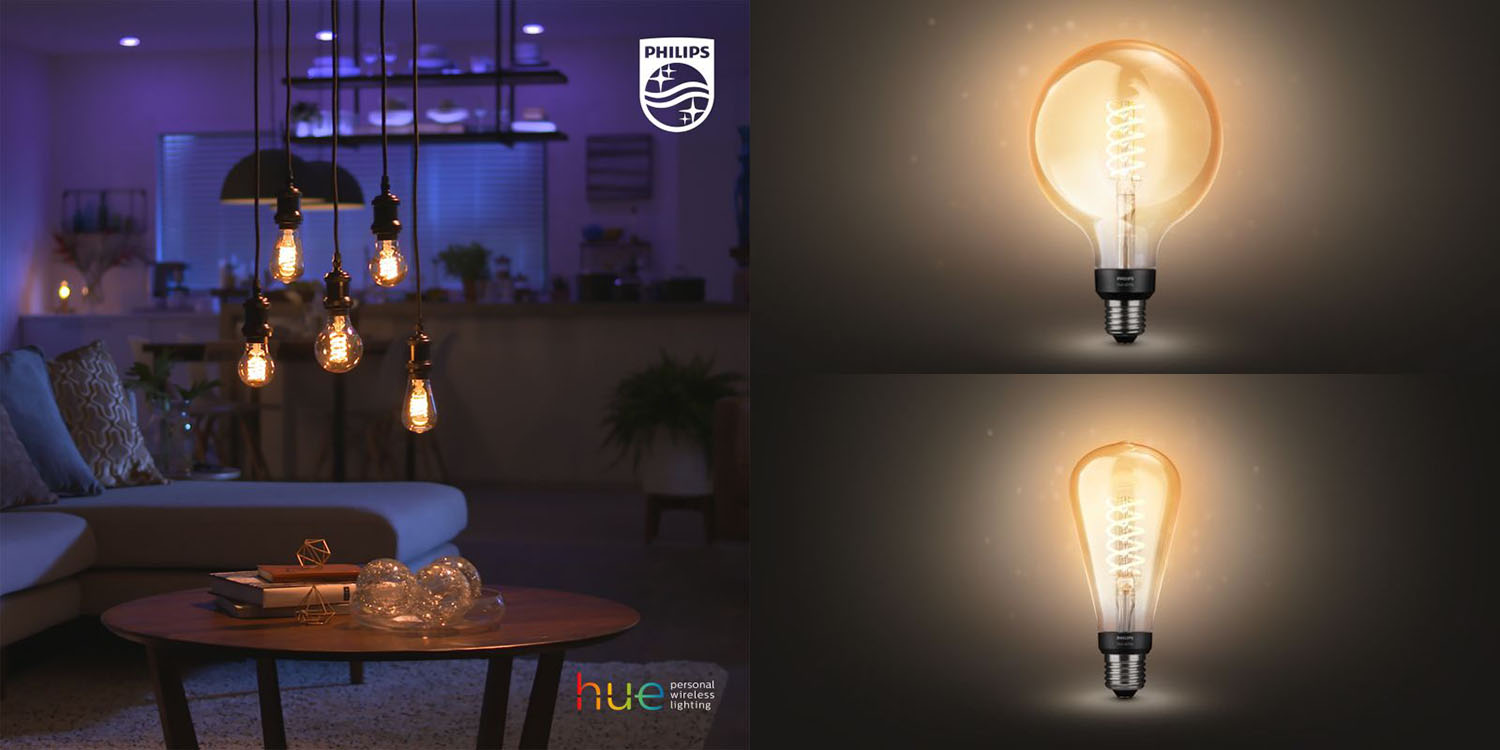 Large filament bulbs – with their vintage look – are very much in vogue when it comes to home decor, and it seems Philips is getting in on the action with new Hue bulbs coming as early as next month …

Very early bulbs were so dim that you could see the filaments – the wire coils inside the bulb which emitted light when heated up by passing a current through them. As the technology improved, we reached the point where the light was so bright you could no longer see the filaments.

But fashion is nothing if not cyclical, and bulbs with visible filaments are now a popular design feature, with literally thousands of them available.

German site Hueblog has now seen the upcoming Philips Hue large filament bulbs, though they are of course LED versions.

The LED technology inside is identical to the filament lamps available up to now, which means that we can expect a color temperature of 2,100 Kelvin with a maximum brightness of 550 lumens.

This isn’t the only new thing coming from Hue – the site also has details of a new teardrop-shaped E14 bulb, an update to the E14 candle bulb, and a brighter version of the Hue Iris lamp. Rounding things off is a new black finish for the Ensis pendant.

The Philips Hue White E14 “Luster”, a bulb in the shape of a drop. Initially only available in the white version with a fixed color temperature of probably 2,700 Kelvin, the lamp will be dimmable as usual. The maximum brightness will be 470 lumens, which is exactly as much as the previously available candle-shaped E14 lamps.

So far, the E14 candle lamp was only available in the white version with ZigBee and Bluetooth, now the White Ambiance version is also to receive additional Bluetooth. I assume that the White and Color Ambiance will also be updated accordingly.

The Philips Hue Iris will be updated. From autumn the chic table lamp will be available in white and black with improved technology. The iris becomes a white and color ambiance and can reproduce 16 million colors as well as various shades of white. 570 lumens are possible. Control via Bluetooth will of course also be possible here, which is convenient for beginners.

The innovations are rounded off by another variant of the popular Hue Ensis pendant light. In addition to the previously known white version, there will soon also be a black version.

You can see the large filament bulbs above, and photos of the rest of the range over at Hueblog.