How wrong were AAPL analysts about today’s share price? 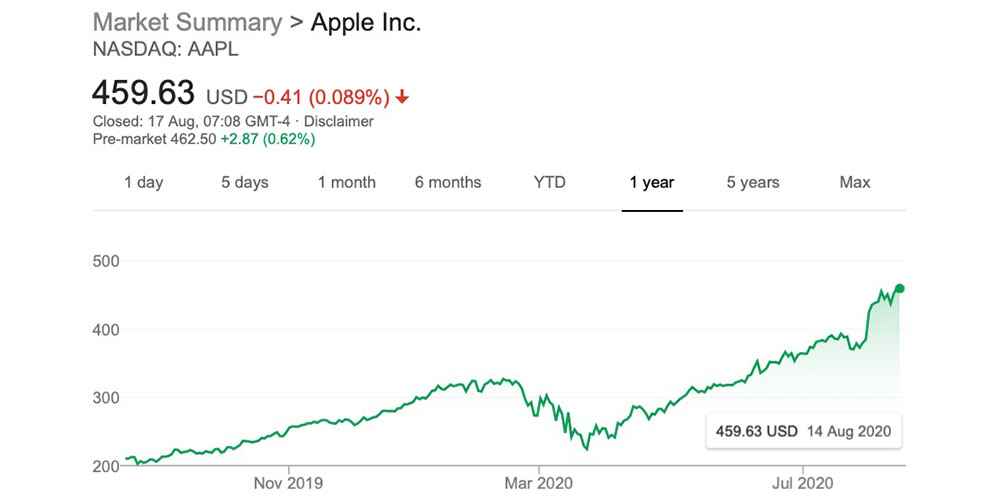 But that’s only testing the performance of analysts over 1-2 days. Since they give AAPL target prices for 12 months ahead, why not look back a year and see how close they got to today’s price?

That’s the suggestion made by Asymco analyst Horace Dediu, who collated the year-ago predictions of 27 analysts. There seems to be a typo in his tweet, as he says the current price is about $420 instead of $460. I guess that’s like that law of the Internet, which says any post pointing out an error in someone else’s grammar will itself contain a grammatical error.

Even noted Apple bull Katy Hubert of Morgan Stanley only had a target of $247, and Wedbush’s Daniel Ives – who regularly gives both best-guess and best-case figures – was slightly lower at $245.

The closest anyone got was Tom Forte of DA Davidson, with $270. Most of the other outperform/overweight predictions were in the $240-250 range.