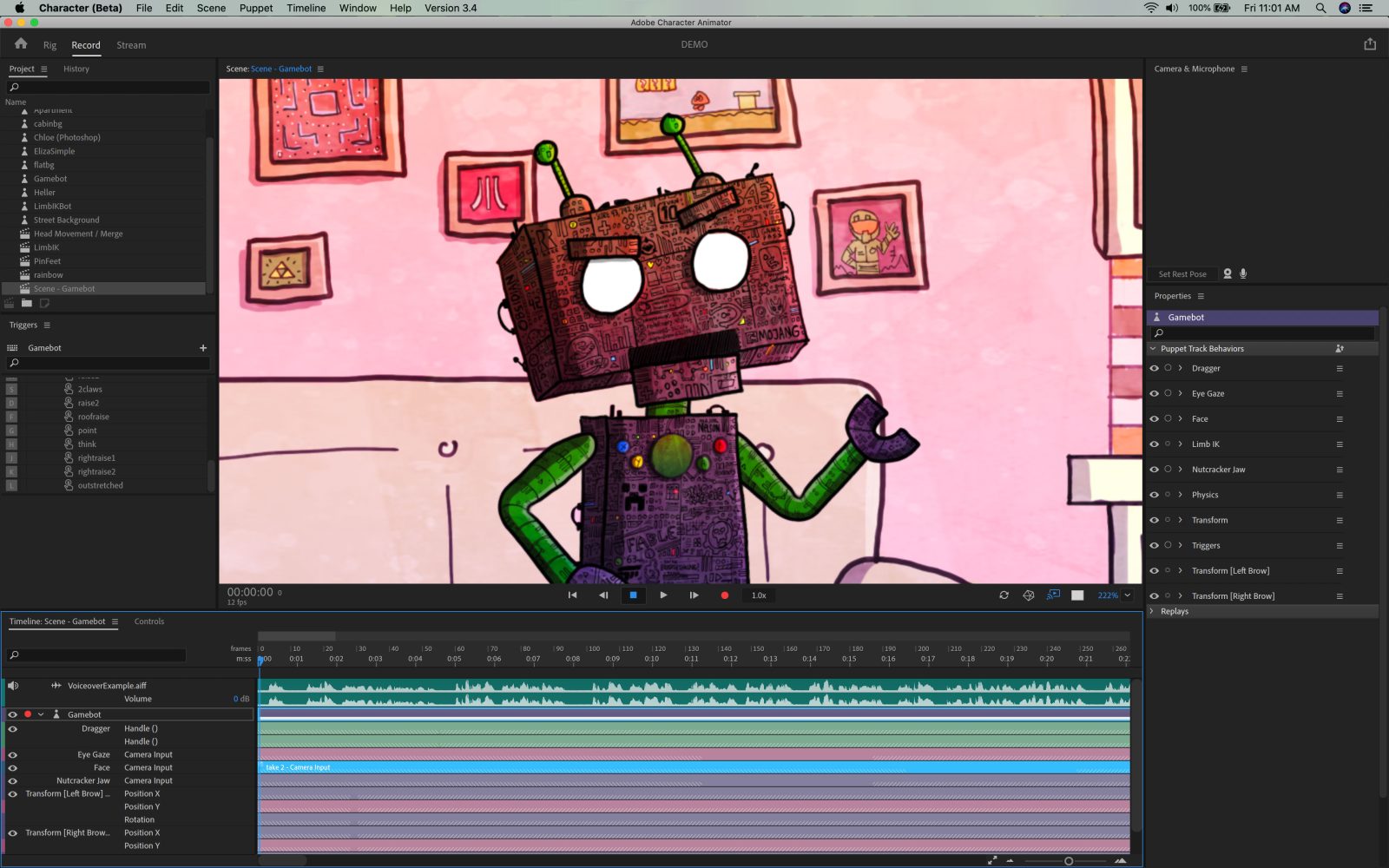 Adobe has just announced a major update to its Character Animator desktop app, which lets designers combine layers from Photoshop and Illustrator to create animated puppets. Features such as Speech-Aware Animation and Lip Sync are now available as a beta preview.

Adobe Character Animator is part of the Creative Cloud app suite for macOS and Windows, and it offers specific tools to simplify the work of artists who create animated characters. As Adobe pointed out, the new features added to Character Animator are important for this time when the production of live action content has become more difficult, which reinforces the need for better technologies to create animations.

Animation is having a major moment. At a time when live action content is challenging to produce, animation allows us to create without restraints and with nothing more than our imagination, no matter what is going on outside. More and more artists and studios are turning to Emmy-Award-winning Adobe Character Animator to accelerate traditional animation workflows, capturing performances in real-time, and even livestreaming animation.

With its latest update, which is being rolled out as a public beta, Adobe Character Animator now includes the following new features:

Adobe offered the beta version of Character Animator for Nickelodeon, which used the software to remotely produce a half-hour special of The Loud House & The Casagrandes. Adobe Character Animator allowed the animators to save time with Lip Sync’s tools and more.

Users can get the latest beta version of Character Animator through the Creative Cloud Desktop app. A free trial version is available for new users with a puppet library and multiple tutorials.