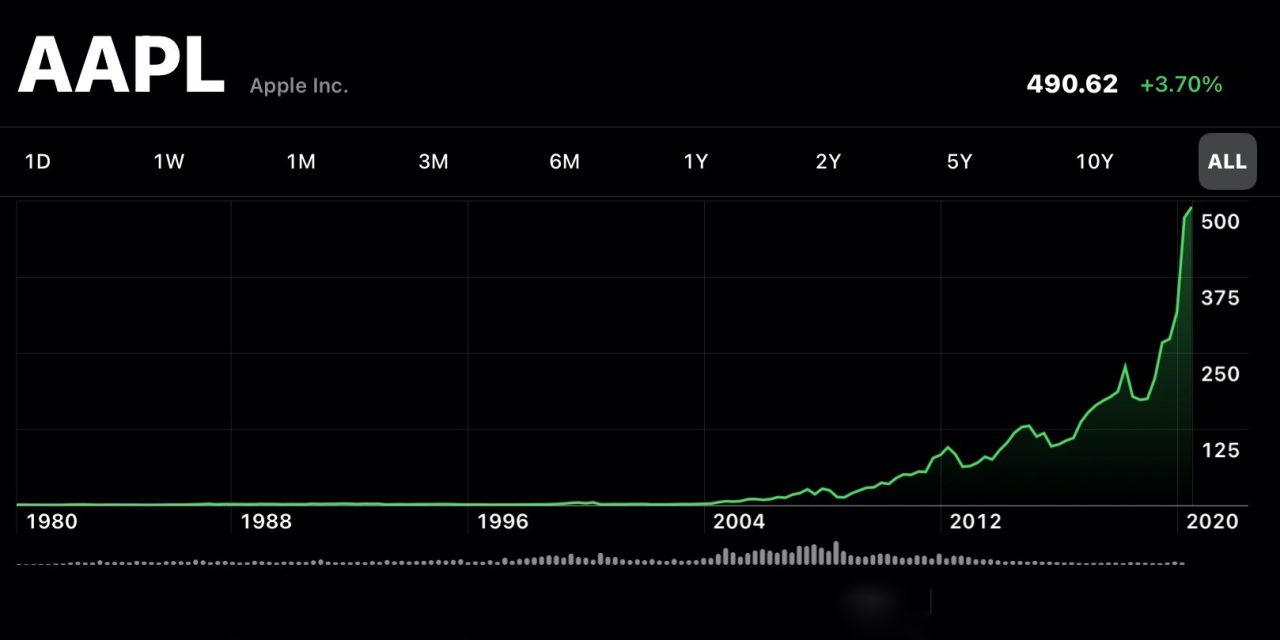 Apple announced along with its Q3 earnings that its stock would see a 4 for 1 split at the end of August. Ahead of the split, Apple has shared a FAQ document on its investor relations site. One of the neat details is a reminder of the massive growth the company has seen since going public back in 1980. And the current share price is nearing $500 just days after the company’s market cap hit $2 trillion.

CNBC‘s Kif Leswing spotted the stock split FAQ. Apple highlights that when factoring in all of the stock’s splits, the IPO share price works out to 39 cents.

Doing some calculations, Kif noted that over the almost 40-year run so far as a public stock, AAPL has seen an incredible 125,285% increase.

AAPL shares have been on a tear since Apple reported its record-breaking June quarter at the end of July. The stock price is up another 21% in just the last three weeks, which pushed it to be the first publicly-traded company to hit a $2 trillion market valuation. Looking at the year, Apple’s stock price has increased by a huge 130%.