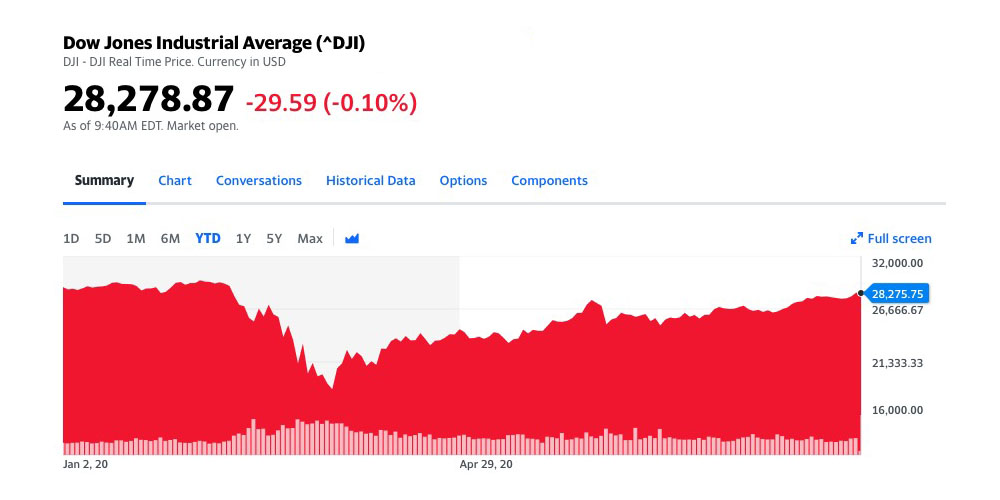 The upcoming 4-for-1 AAPL stock split has prompted a rejig of the Down Jones Industrial Average. Oil giant Exxon, aerospace company Raytheon, and big pharma firm Pfizer have all been removed from the 30-stock index, and replaced with three tech companies.

S&P Dow Jones Indices, which compiles the index, bases the Dow on the dollar shift in share prices, not on the percentage move. AAPL is currently the highest-price stock in the index, meaning any change in the Cupertino company’s share price has a big impact on the Dow. Once the split takes place at the end of the month, however, that influence will also be divided by four.

Creating a larger tech company component will offset this impact.

S&P Dow Jones Indices announced Monday afternoon it will kick Exxon Mobil, Raytheon, and Pfizer out of the benchmark index. Salesforce.com, Amgen, and Honeywell will join the Dow in their absence. The changes will take effect when the market opens on August 31.

The shift was prompted by Apple’s four-for-one stock split, set to take effect on Friday after the closing bell. The tech giant currently comprises 12% of the Dow, but its split will reduce its influence on the price-weighted index. The addition of new tech names will “help offset that reduction,” S&P Dow Jones Indices said in a press release.

“They also help diversify the index by removing overlap between companies of similar scope and adding new types of businesses that better reflect the American economy,” the company said.

To ensure that the changes don’t affect the current value of the Dow, a new divisor will be used to equalize the old and new make-up.

The upcoming changes mark the Dow’s biggest shakeup since 2013, when the index dumped Bank of America, Hewlett-Packard, and Alcoa for Goldman Sachs, Nike, and Visa.

The shift also ends Exxon’s reign as the index’s longest-serving component. The company was the largest US firm by market cap as recently as 2011 but has slumped in recent years amid a shift in interest from commodities to tech stocks.

Apple announced the stock split last month, in order to make AAPL stock more accessible to smaller investors. The split will take place at the end of August.

Business Insider previously noted the problem, while observing that the latest split will make one original share worth 224 new ones.