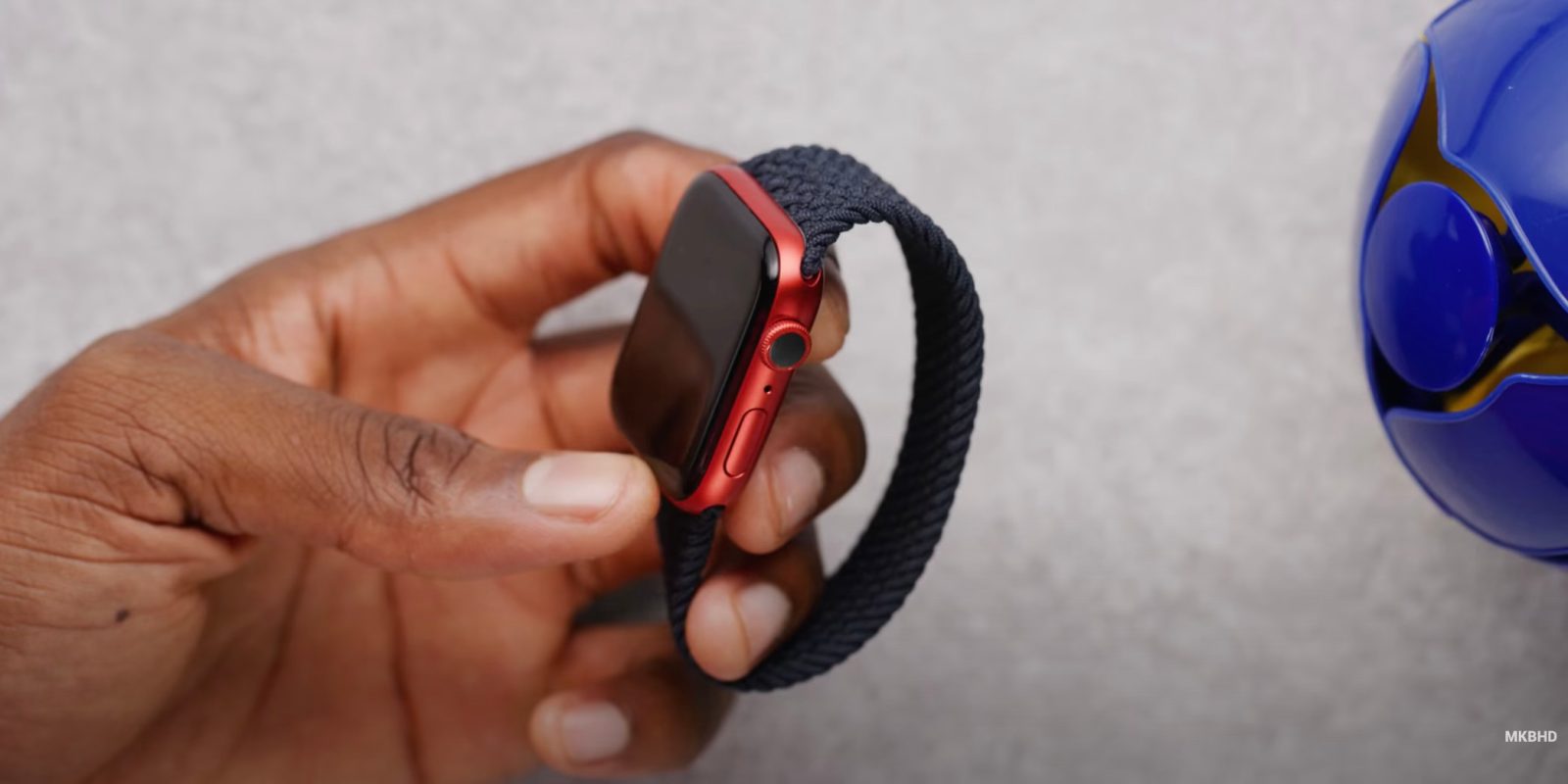 The first Apple Watch Series 6 orders will arrive to customers tomorrow. Ahead of the public release, the early reviews of the new Apple Watch have hit the web, offering a closer look at the blood oxygen sensor, new colors, and much more.

One of the Apple Watch Series 6 changes is that the always-on display is 2.5 brighter than the Series 5. Gizmodo says this is easily noticeable during things like workouts:

The change is obvious, particularly when outside or working out. Raising my arm to activate the display is a little unintuitive when exercising, but with the brighter screen, I could easily see my heart rate and calorie burn during a cardio dance class.

As for the blood oxygen sensor, Engadget writes that the companion app can be quite finicky for getting a proper reading. According to the review, it took “roughly seven attempts of fiddling with the placement” before the blood oxygen app was able to get a successful result. The review speculates that the new Solo Loop might be Apple’s way of addressing blood oxygen reliability issues:

Like measuring ECG, measuring blood oxygen requires only a few taps on the Watch’s screen, but you need to wear the Watch in a certain way to get a successful reading. It took at roughly seven attempts of fiddling with the placement before I got it to work. Data came most often when the Watch was as far up my arm as my small/medium sports band would allow when secured on the third notch. Apple provides guidelines in the blood oxygen app that explain proper placement, and one of the things it advises is not to position the Watch too low on the wrist.

The new solo loop band might be Apple’s way of addressing that potential problem. This new band is a single piece of swimproof, liquid silicone that stretches around your wrist. It comes in nine (yes, nine) sizes and you can download a printable tool from Apple’s website that can help determine the right one for you. My solo loop came in a size 3 and, while it takes a bit of finagling to get it on and off, it’s more comfortable than I thought it would be. Most importantly, it keeps the Watch flush against my skin so it can take accurate blood oxygen readings.

Writing for The Verge, Dieter Bohn calls the Apple Watch Series 6 an “iterative update over the Series 5” with “real” but “subtle” changes. One subtle change is the faster S6 processor, which will likely be more useful with future software features:

As for speed, it’s fast. But then, the Series 5 felt plenty fast, too. I think the main benefit most people will get from the S6 system is that it has enough processing headroom to stay fast through future updates. Apple’s silicon is so ridiculously ahead of Qualcomm’s on smartwatches that Apple could have kept the Series 5’s internals, and I doubt anybody would have minded.

Bohn also had some issues with taking blood oxygen readings:

The Series 6’s premier feature is the blood oxygen monitor, and all I can tell you about it right now is that I pressed the button, dutifully rested my wrist on a table for 15 seconds, and got readings back ranging from 94 to 97 percent. I also got a handful of failed readings, which is something we also experienced when testing the Samsung Galaxy Watch 3’s blood oxygen monitoring.

This has less to do with the Apple Watch 6 and more to do with personal disappointment. The stretchy, clasp-less band sounded like a great replacement for the traditional sport band, but I ended up returning to the classic strap.

CNN Underscored has praise for the new blue aluminum color option for the Series 6:

The new Blue Aluminum shade is quite simply stunning and might end up being a little underrated. Like Midnight Green on the iPhone 11 Pro and 11 Pro Max, it’s a bit darker by default, but light (direct or indirect) gives it a bit of a shimmer. Subdued but stylish for sure. If you want a pop of color, check out Product Red — it’s unabashedly bright.

After 15 seconds, you’ll get a reading. A normal one falls between 95% and 99%. We also tested with a “ChoiceMMed” pulse OX finger sensor and found it to be the same or one digit above or below the Series 6. We’re going to keep testing it over the coming days, but we’re walking away seriously impressed after a day.

As usual, MKBHD’s video provides a stunning look at the new PRODUCT(RED) Apple Watch Series 6 color, while iJustine offers a great look at the new blue option. Check out those videos and others below.