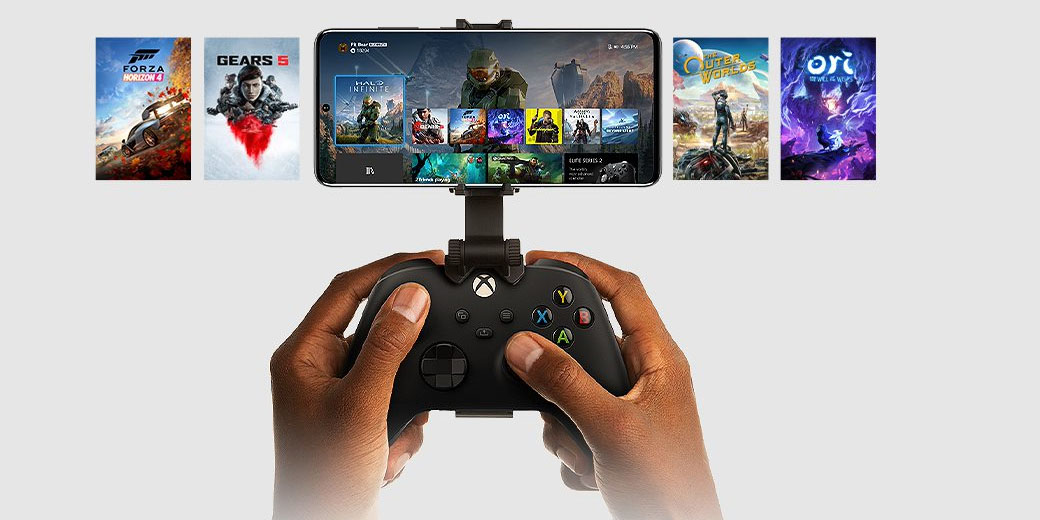 Microsoft has hinted that you’ll soon be able to stream Xbox games to iPhone.

The company has so far only officially announced the feature for Android smartphones, but it separately indicated that we can expect it for iPhones too …

Microsoft has announced that its brand new Xbox app on Android will let you stream your entire Xbox One game library to your smartphone completely free.

Previously this feature was known as Console Streaming, which let you connect to your console from your Android device, then letting you access any games previously downloaded to your local console. Previously, Xbox Console Streaming was limited to Xbox Insiders, this update removes that limitation — opening game streaming for everyone.

There’s an iOS version of the new Xbox app on the way, but it has so far been assumed that it wouldn’t support the streaming feature. However, The Verge’s Sean Hollister says that Microsoft has hinted to him that it will.

There’s an iOS version coming too — and while my colleague Tom Warren originally suggested the console streaming feature probably wouldn’t come to iOS, I’m now willing to bet it will.

Microsoft now tells me the goal is actually to have full parity between the iOS and Android apps, and that Apple is already reviewing the iOS version now.

And unless Microsoft is trying to push something drastically different on iOS than the existing Android app, I expect the console streaming feature to sail through review with flying colors.

One of the main reasons the iOS app hasn’t been expected to support streaming is Apple’s strict rules against gaming platforms in the App Store. This is, of course, one of the issues behind the Epic Games dispute: Epic wants to launch its own App Store within an iOS app, and Apple doesn’t permit this.

However, Hollister suggests that what Microsoft wants to do is different, and is explicitly permitted by Apple.

Apple has a name for apps like these, distinct from the individual streaming game idea that we discussed last week. They’re called “Remote Desktop Clients” […]

Apple allows those kinds of remote desktop apps to do just about anything, likely because they’re valuable for more than just games — there’s a whole category of sysadmins and other techs that rely on them to troubleshoot PCs remotely, and it’d be hard (though not impossible) to shut down this kind of app without restricting those as well […]

But when it comes to the Xbox app’s fate, there’s a far more important precedent. Sony’s PS4 Remote Play is already on iOS, and it works almost exactly the same as Microsoft’s Xbox console streaming. It similarly mirrors the entire PS4 interface, including access to the PlayStation Store.

He does note that Apple ‘has been known to change the rules whenever it feels like,’ but feels confident that the ability to stream Xbox games to iPhone will be approved.