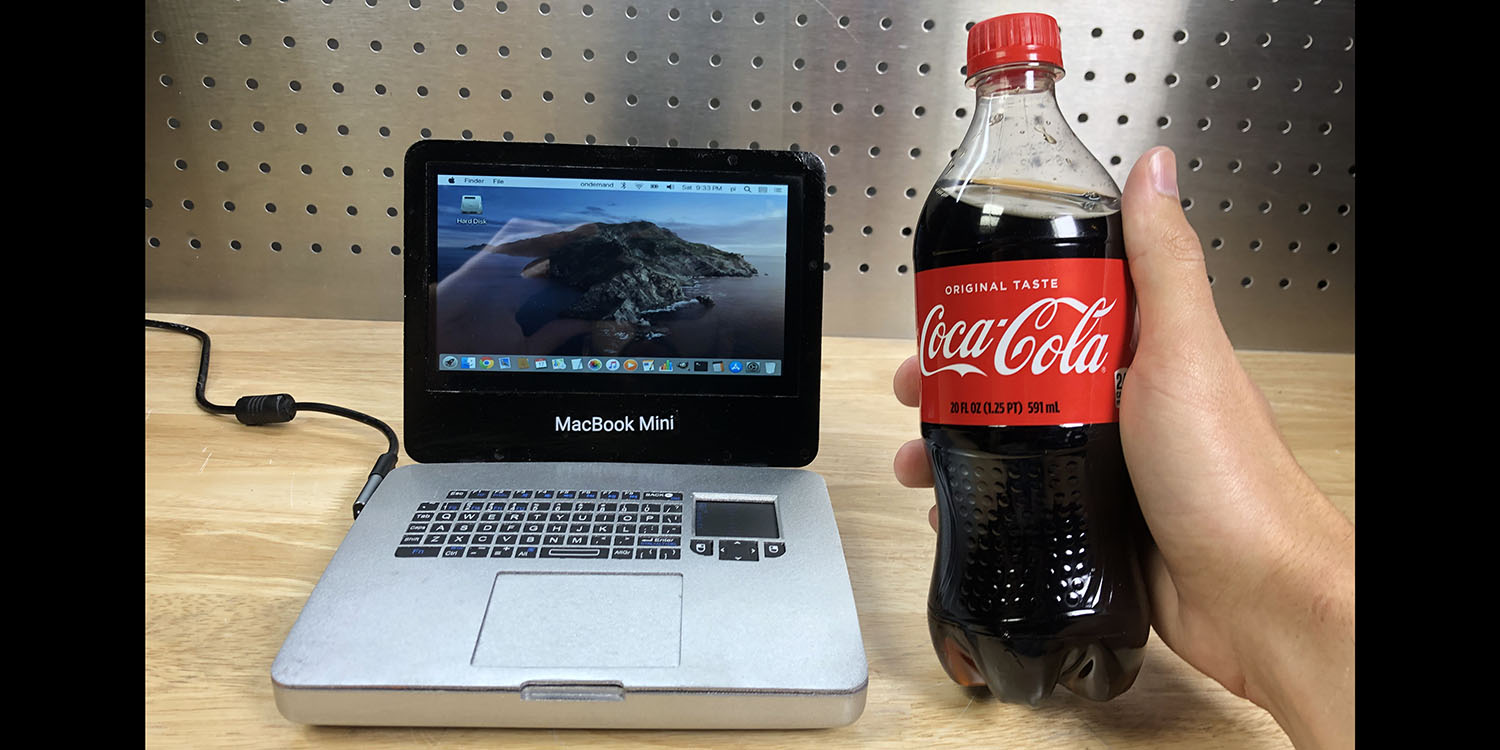 Michael Pick, whose nickname is The Casual Engineer, has created a home-built “MacBook Mini” that he calls the world’s smallest MacBook…

It’s not a Hackintosh. It’s actually running an OS called iRaspbian, but it does give a pretty convincing impression of macOS at first glance.

The machine runs on a Raspberry Pi 4, and Pick has successfully run Chrome on it.

If you’re looking for a classic Mac experience on the Raspberry Pi, you have to check out this new Raspbian skin from Grayduck and Pi Lab. The release, known as iRaspbian, mimics the look and feel of the Apple Mac OS X operating system.

The iRaspbian image is available for the Raspberry Pi, working great on the Raspberry Pi 4. It has menus, icons, and interfaces that strongly resemble the Apple operating system whose first version debuted in 2001.

Since the new image is essentially Raspbian, you can expect to run many of the same applications as before without issue. All of your Raspbian menus and tools are accessible through the Mac OS X-themed interface. iRaspbian is also supposed to work well for streaming media and supports Steam and even Android mirroring.

For the hardware, Pick goes back in time a little, opting for a MagSafe connector and a glowing Apple logo.

Pick has previously created what he says is the world’s smallest gaming PC, and if you prefer iMacs to MacBooks, he’s created a miniature version of that too — also powered by a Raspberry Pi 4.

One of the more impressive aspects of the build is that he went to the trouble to do cutouts for each key.

Take a look at the video below for a full run-through of the build and the finished result.