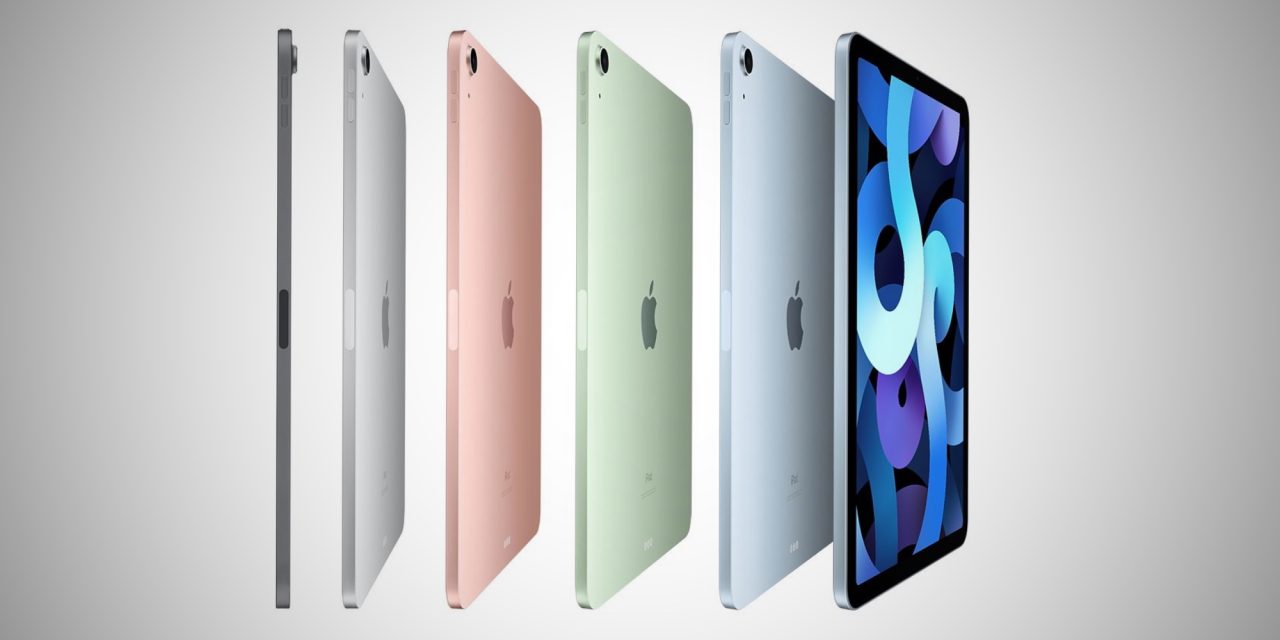 Apple unveiled the all-new iPad Air 4 at its September event alongside the Apple Watch Series 6 and entry-level iPad, but the redesign iPad Air hasn’t actually launched yet. Apple has only promised availability sometime in October, and as of today the colorful tablet has been legally cleared for release.

A new FCC (Federal Communications Commission) filing made available today shows that the fourth-gen iPad Air is now approved to go on sale in the United States. FCC approval is required before releasing hardware that includes certain radio signals including LTE for cellular.

YouTube personality Jon Prosser, who has correctly reported recent product release dates, previously shared that he believes the iPad Air 4 will be available for pre-order on October 16 ahead of retail availability on October 23. Best Buy has also teased a launch for next Friday on its online retail store.

iPad Air 4 is the first non-Pro model to shift to a full screen design. The new tablet also comes in new colors including sky blue and green, packs a brand new A14 processor, and switches from Lightning to USB-C. iPad Air 4 retails from $599 for 64GB.