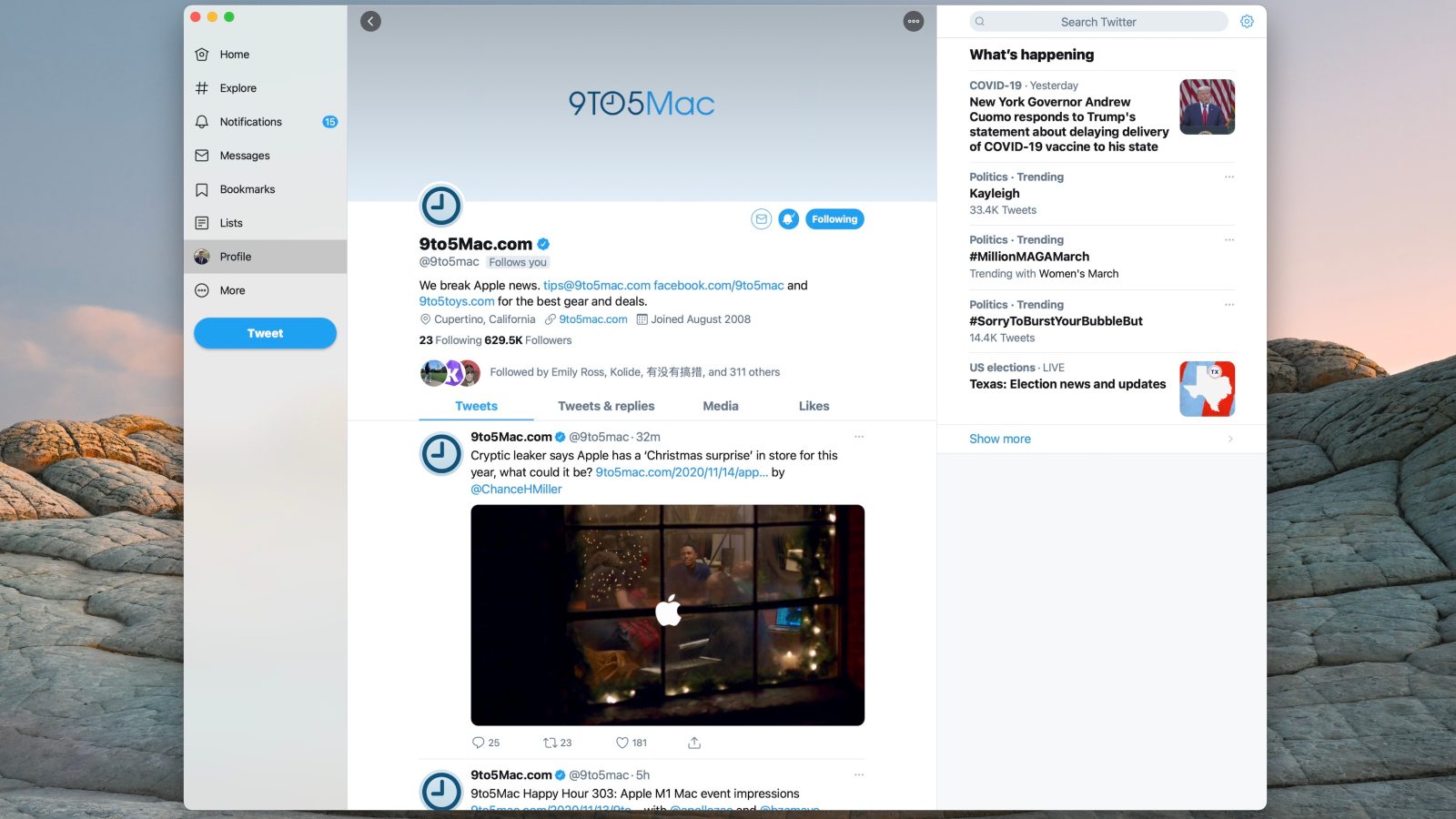 Twitter has released a notable update to its Mac app this week, bringing optimizations for macOS 11 Big Sur, in terms of both performance and design. The update also adds support for Apple Silicon-powered Macs.

If you tried to use Twitter for Mac while running the macOS 11 Big Sur beta, you know that it was incredibly buggy and unreliable. With this week’s update, however, Twitter for Mac is now in much better shape when running macOS Big Sur.

The design of Twitter for Mac has also been refreshed to fit in with macOS 11 Big Sur’s new lighter and more translucent design language. This includes a new square-shaped icon for the dock as well.

Finally, Twitter for Mac is now optimized for Apple Silicon. This means it will run natively, without Rosetta 2 translation, on the first M1 Macs. The first M1 MacBook Air, MacBook Pro, and Mac mini orders are slated to arrive to customers as early as next week, so it’s notable to see Twitter updating its Mac app in a timely manner.