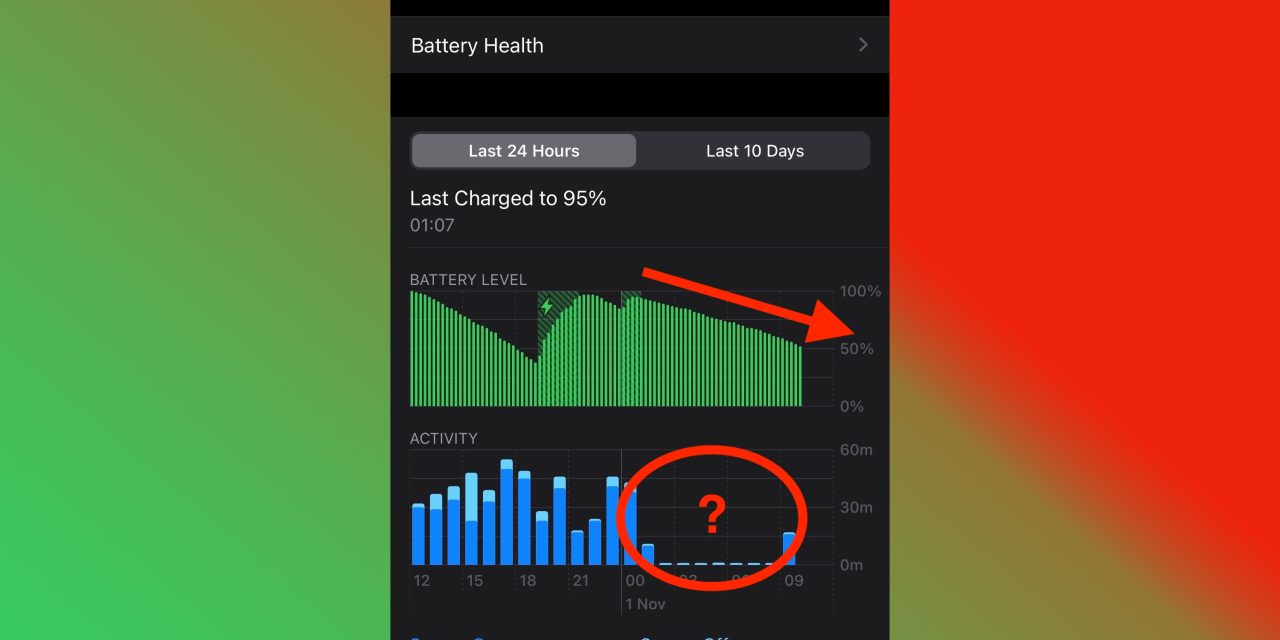 The iPhone 12 lineup brings a host of new features beyond the design change and one in particular that can reduce battery life is 5G support. However, a growing number of users are finding their iPhone 12 battery draining quickly on standby, even when on Wi-Fi or with 5G turned off.

It’s often the case when getting a new phone that it feels like the battery is draining more quickly. But that’s usually due to increased use early on, checking out new features, restoring data, checking out new apps, using the camera more, etc.

And in the case of some of the iPhone 12 models, particularly the Pro and mini, they have a less battery capacity than the iPhone 11 lineup. Interestingly enough, user Master26A on Apple’s Communities forums brought up the fast iPhone 12 Pro battery drain on standby even when their expectations were that it wouldn’t be quite as good as the iPhone 11 Pro. They brought up battery loss of about 4% (per hour) on standby shortly after getting their iPhone 12 Pro in late October.

Since then, over 1,000 others have said they’re seeing the same trouble. Many are seeing between 20 and 40% loss of battery overnight, and many have tried things like turning off 5G and turning off background app activity, etc.

However I’m noticing that the iPhone 12 Pro is draining when idle with almost no background activity at a rate of 4% which is much faster than my previous iPhone 11 Pro, and to be honest a faster idle drain than I can actually remember from a new iPhone. First instinct was to disable Mobile data to see if it was a 5G thing, but I actually don’t see any real difference from doing that (which makes sense as I’ve been on Wifi 98% of the time since I got it).

No matter what I try, it seems to be going down oddly quick. Not to an useable level or anything world ending, but I guess its sort of suspicious. I check the battery report, and it’s not showing any real culprit, just a rapid decline for no clear reason.

If anyone can share their idle battery with either 12 or 12 Pro I’d really appreciate it.

As shown in the top image as well as below, one mobile engineer (not for Apple) brought up the fact that the battery use chart should not decline the same for standby and active use. Notably, the chart below shows the battery drain happening about the same even with Low Power Mode on.

One commenter said Apple Support ran diagnostics and everything tested fine, leading them (the user) to believe there could be an iOS bug responsible for the excessive battery drain.

I spoke to Apple support today & they ran diagnostics saying that everything checks out. I imagine what this means is that there is a software issue causing the battery to drain – hopefully they sort it soon. It 100% isn’t normal for all apps to be closed, background app refresh off, Bluetooth off & lose 40% charge overnight. To illustrate here’s my battery view overnight.

This user’s graph is shown above in the lead image with continuing battery drain despite being idle.

There are also many seeing the same iPhone 12 battery drain on standby issues on Reddit and elsewhere. And there’s another similar post on Apple’s Communities forums with almost 200 more people saying they’re seeing the issue.

For what it’s worth, several of us at 9to5Mac have been seeing the same issue with the iPhone 12 Pro.

Are you seeing the same problem? Let us know down in the comments.