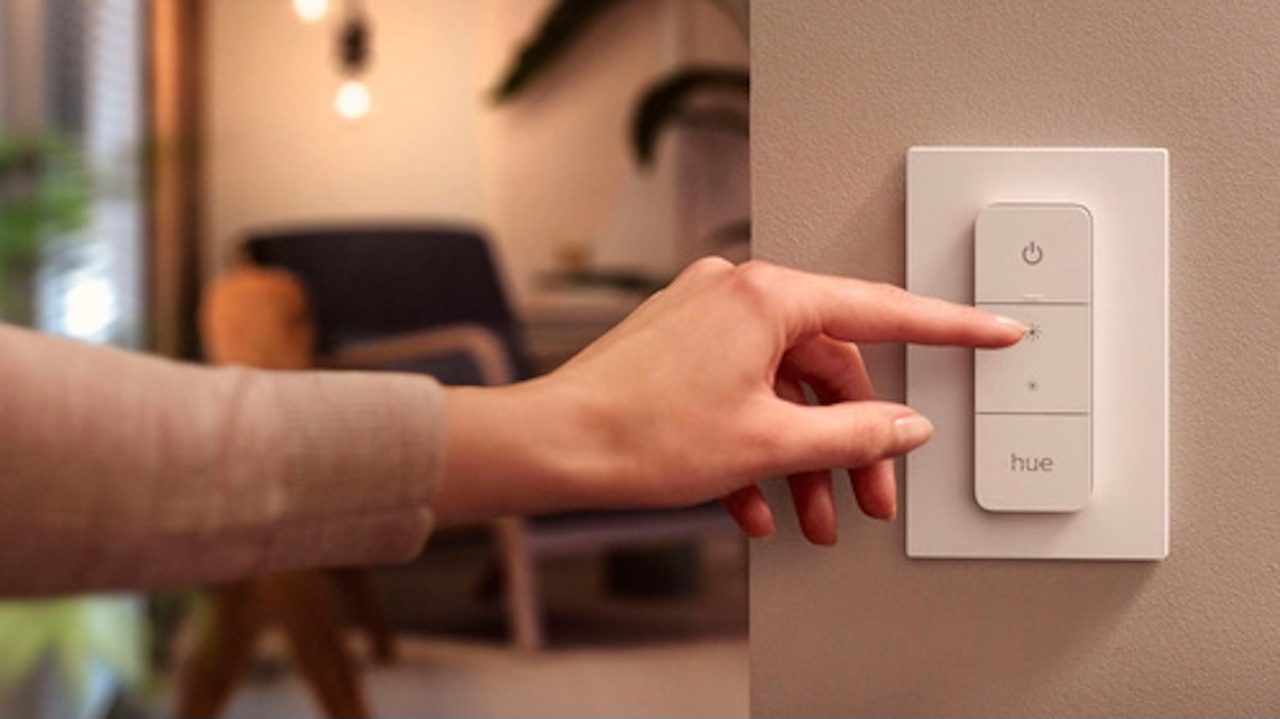 A pair of new Philips Hue products have leaked today, providing a glimpse at what the smart home company has in store for early 2021. As reported by Hueblog, Philips Hue will release a new Wave Linear outdoor lighting accessory in spring of 2021, as well as redesigned Smart Dimmer.

The report explains that the Philips Hue Wave Linear will join the existing outdoor lighting category as a way to light up large areas evenly. It will reportedly measure in at around 31 inches wide, 2 inches tall, and around 3 inches deep.

The Philips Hue Wave Linear is wonderfully suitable to illuminate large areas evenly with one color, for example a house wall. With 20 watts of power, it can produce up to 1,400 lumens of brightness. It is a White and Color Ambiance product, so it can display bright white tones and up to 16 million colors.

Here’s a look at the reported Wave Linear:

Secondly, Philips Hue is expected to announce new Smart Dimmer switch with a new and simplified design. The biggest change here will be that the the new model will feature three buttons, compared to the four buttons on the current-generation Smart Dimmer.

This will be accomplished by merging the two middle dimming buttons into a single rocker button. The new Smart Dimmer will also feature a tactical “on” button so that it’s easier for users to feel for it in the dark.

In addition, the material now looks a bit more noble, apparently a matt plastic is used. It is also noticeable that the corners of the Philips Hue dimmer switch are much more rounded in the next generation.

With CES set for January, it’s possible that this is when Philips Hue announces these new accessories, which are expected to support HomeKit. A release is reportedly scheduled for sometime in early 2021.