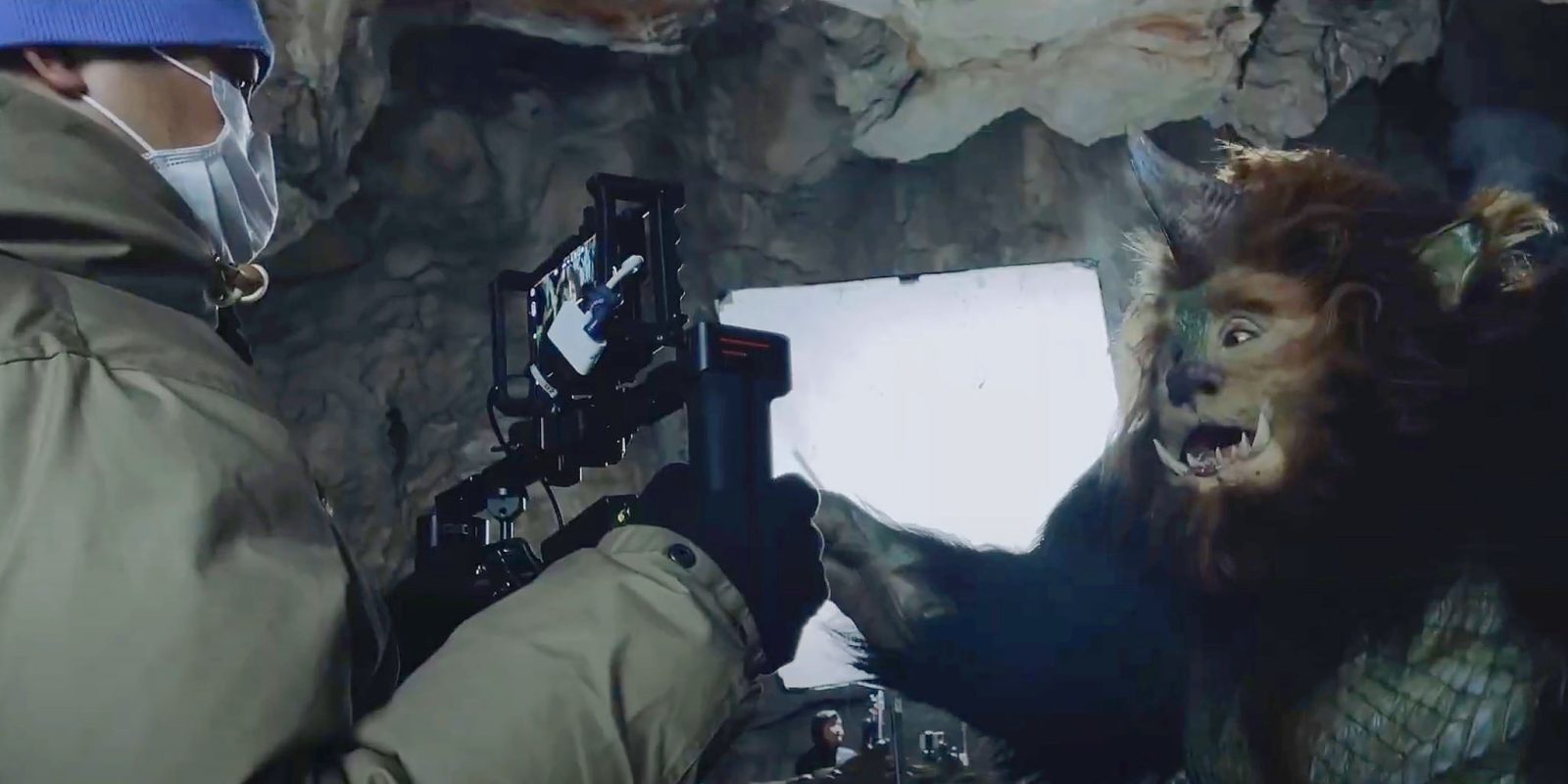 There’s a separate behind-the-scenes (BTS) video showing how the film was shot on an iPhone 12 Pro Max. You can watch both videos below …

Nian is based around the traditional Chinese New Year legend which led to the famous lion dances.

According to a Chinese legend a terrible monster (pictured sometimes with features of a lion, unicorn, and ox), a really giant, monstrous creature by the name of ‘Nian’ lived in the mountains and would come down at the end of the year to destroy the fields, crops and animals and to terrorize people or even kill them all.

The terrified people called the beast Nian (年, nian actually is the Chinese word for ‘year’).
But by and by the villagers discovered that the monster was frightened by loud noises, bright lights, and the color red.

To prevent the Nian to play havoc with the land, the villagers made a fearful model of the animal out of bamboo, paper, and cloths; within two fearless men to animate the image. On New Year’s eve they waited for the monster. When it was time, they sent in their own four legged beast, and accompanied by the furious beating of drums, cymbals and gongs, and the heavily use of firecrackers, they were able to chase the Nian away. For this reason, the Nian dance is performed annually on Chinese New Year’s eve, and because the dance, now known as lion dance is thought to be so helpful or auspicious or both, it is performed on a lot more occasions.

This is a fresh take on the story, director Lulu Wang describing it as ‘a heartwarming coming of age tale about a young girl caught between the fantasy of her childhood and growing up into the real world.’

The BTS video shows a mix of handheld and gimbal shots, as well as scenes shot with the phone as one element in a more sophisticated setup – but we also see the phone attached in various creative ways, like to a wheelchair wheel in order to capture the monster rolling down a slope.

Wang says that the iPhone ‘gives filmmakers a lot of flexibility’ while the photographic team praises the sensor-based image stabilisation and the low-light capabilities of the iPhone 12 Pro Max.

And the BTS video: