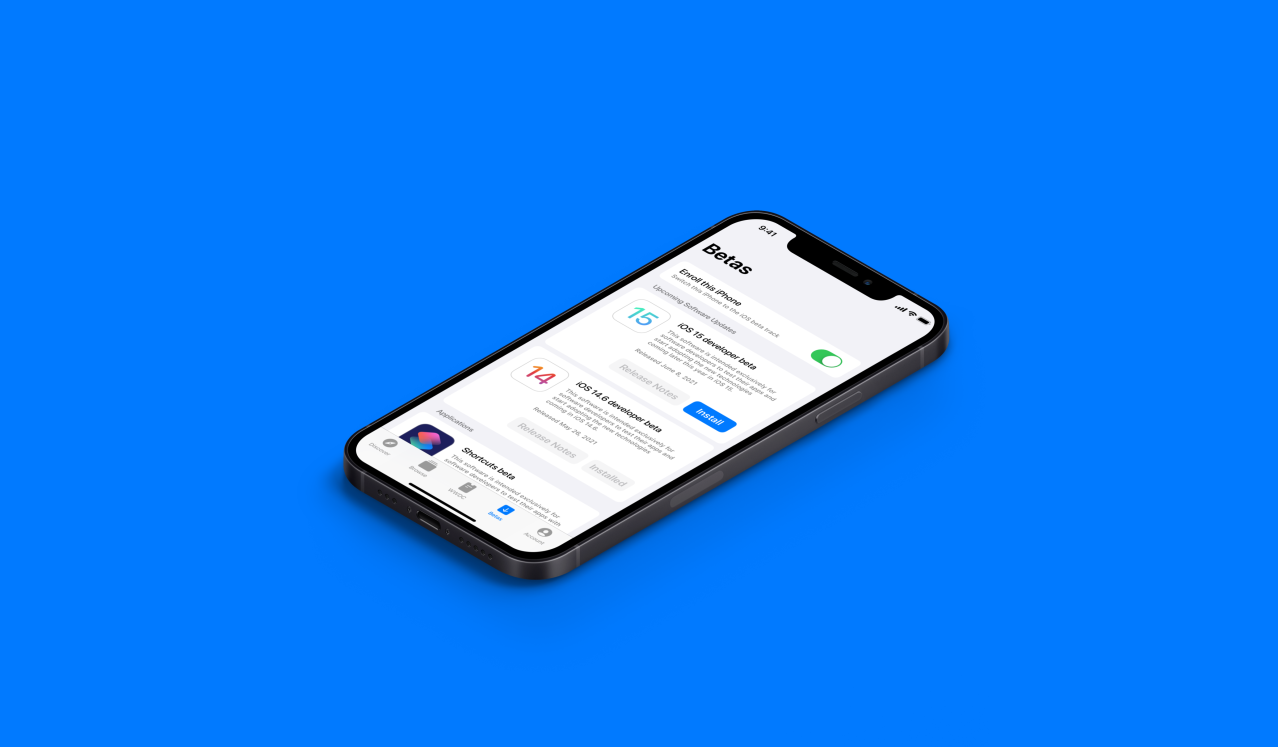 Apple has been releasing iOS software updates at an incredibly rapid pace. The betas just keep coming, both for developers and for public beta testers. But to enroll yourself in either program, you need to go through either Apple’s developer website or through Apple’s public beta website. It also requires the installation of a profile that switches the software update track your phone is on.

Internal Apple devices can be switched to the beta track directly on the device without installing a profile or navigating to the developer website. Apple could simplify this experience for public users and developers without even releasing a new app. In fact, they already have an Apple Developer app and a TestFlight app that could be used for installing iOS betas or profiles.

The Developer app already has a tab for your account and most of the content on Apple’s developer portal. The only things missing are the software update and application downloads.

New tabs in ‘Developer’ and ‘TestFlight’

A new tab in Apple’s Developer and TestFlight apps could be added just for downloading apps or upcoming software updates. A simple switch could use flipped to enroll your iPhone in the beta program. You’d be able to see all available downloads right on your iPhone directly in the app, rendering the developer website a necessity only on the Mac or other devices.

You’d be able to see all the important details. Right in the beta feed, you could see the release dates, the release notes, and who the download should be used by. Your iPhone would know if your Apple ID is enrolled in the developer program, so the Developer app could know if you should be able to see the beta tab. Anyone could download the TestFlight app and enroll in the AppleSeed public beta testing program.

Apple’s Developer and TestFlight apps could show all of the release notes, even while they’re in progress. It’d make it easier than ever before to see all of the known issues with each particular beta too.

If your iPhone has a paired Apple Watch, a new switch will appear in either app. You can then enroll your Apple Watch in the watchOS beta program.

You can also see what the Developer app’s hypothetical beta tab would look like in dark mode.

What do you think about this solution to installing iOS betas? Do you think it’d be more streamlined? Let us know in the comments below.