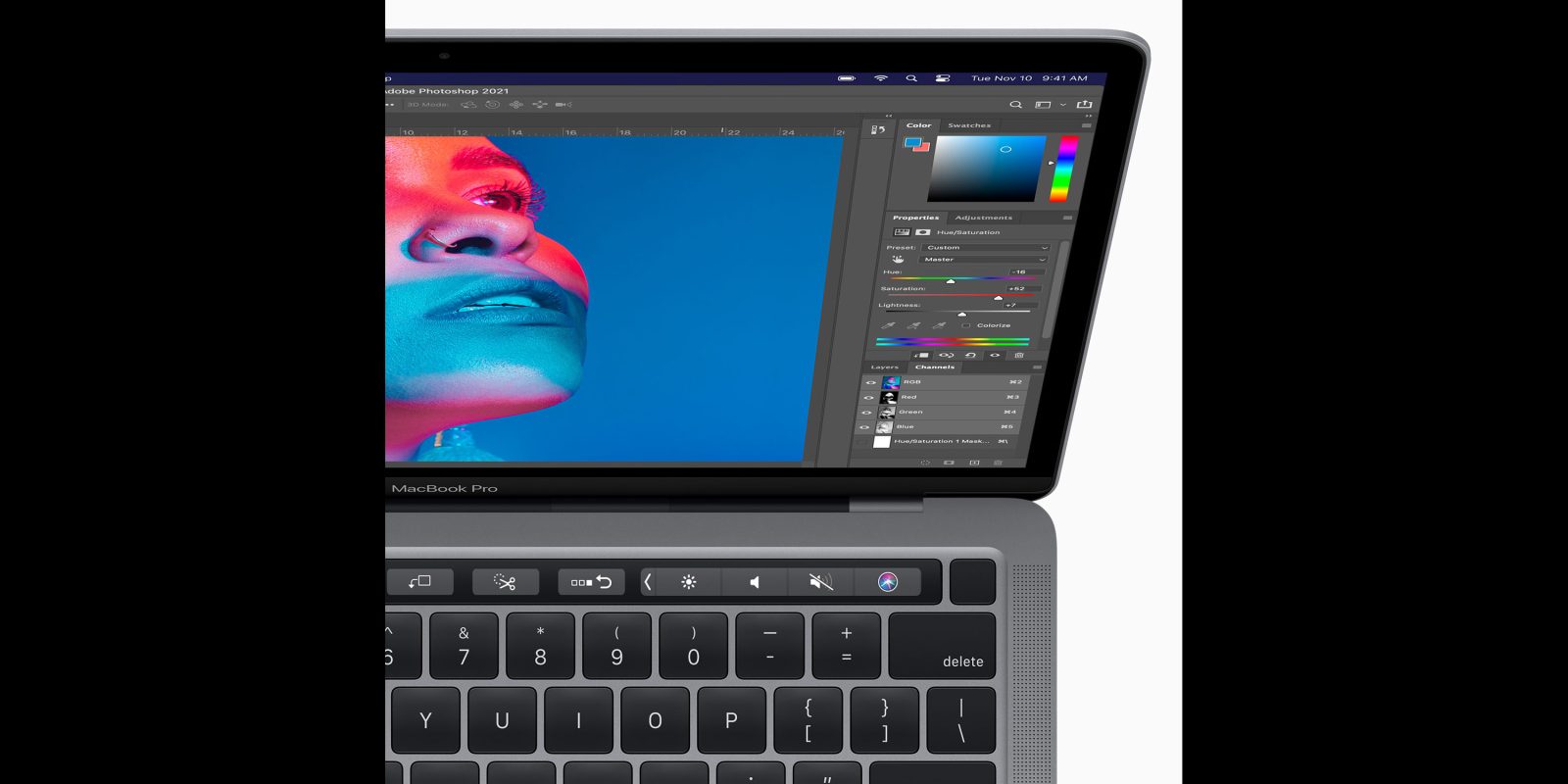 Professional photographer Andrew Hoyle said that he was “astonished” by the performance, and concludes that an M1 Mac is a safe bet for photographers looking to upgrade…

Hoyle is CNET’s European lead photographer. He found that the M1 MacBook Pro with 16 GB RAM didn’t compete when it was running Intel-based Photoshop, but it was a different story when he tried the M1 beta version.

I tested how long it took Photoshop (both in Intel and M1 beta versions) to align 19 full-resolution raw images and then to merge them into a focus-stacked image. It’s a technique I use regularly in my product photography, so it’s important for me to have good efficiency here. [Focus stacking is where you take a bunch of photos with different focus points, then combine them in software to get the entire image in focus, from the closest point to the furthest.]

However I then ran the same tests on the beta version of Photoshop that supports Apple M1. It took 22 seconds to align the layers and 46.6 seconds to merge them — a faster overall time than my immensely powerful editing rig was able to achieve.

The M1 version of Lightroom also beat out the PC when it came to importing 100 raw images.

The PC was still significantly faster when it came to video, however.

The Intel-based version of Premiere took 6 minutes, 25 seconds to export on the M1 MacBook, but the optimized M1 beta version took about half the time, at 3 minutes, 24 seconds. For reference, my desktop did the same export in 1:20.

While Hoyle didn’t give any comparisons, he said that there were ‘”no issues” working with 4K files in DaVinci Resolve Studio, a high-end video editing and color-correction app.

All in, he says, there’s no reason for photographers to hold back.

Overall I’m impressed. Even when running non-optimized versions of apps, the M1 MacBook Pro still puts up a hell of a fight against a superpowered editing PC, and the fact that it’s able to outperform the PC on some tests when using M1-optimized beta apps is astonishing. I’m certainly excited about what performance improvements we’ll see as more developers fully optimize their software for Apple’s silicon.

If you’re a photographer and considering upgrading, I’d absolutely say the M1 MacBook is a safe bet. At the very least you’ll still be able to use all your current software as normal via Rosetta 2, and in time when official M1 versions are released, those performance boosts – and likely the battery life savings as well – will be extremely welcome.

Personally, however, I’d advise photographers and videographers in the market for a MacBook to hold out for the Apple Silicon 16-inch MacBook Pro, expected later this year. In addition to the larger screen, that should be significantly more powerful than the 13-inch model. But if you specifically want the smaller form factor for portability, it looks like there’s no reason not to press the button now.