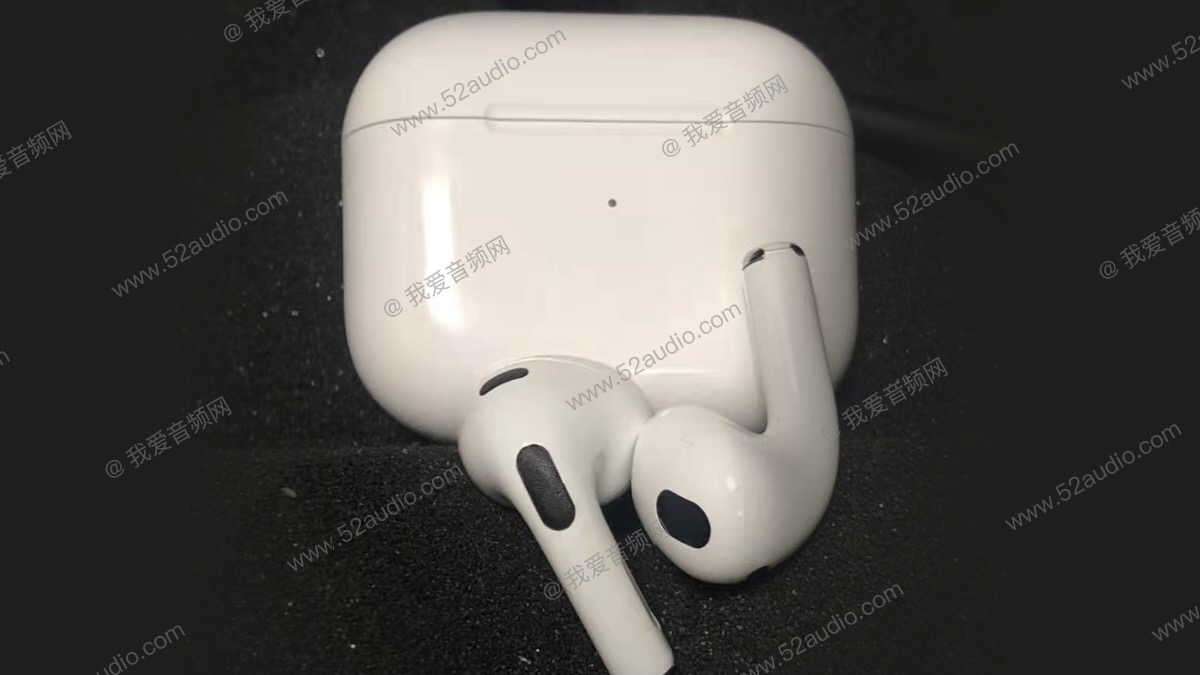 AirPods are widely expected to be updated this year with a new AirPods Pro-style design. Newly leaked images from 52audio this weekend claim to offer our first real-world look at the redesigned AirPods, highlighting the silicon eartips, redesigned charging case, and more.

Bloomberg was first to report on Apple’s plans to launch new entry-level AirPods. These AirPods will feature a shorter stem and replaceable eartips. Ming Chi-Kuo has also reported that Apple will launch new AirPods with a design similar to the AirPods Pro.

The biggest change here is that this means AirPods 3 would feature an in-ear design, rather than resting on your ear like the current AirPods do. This is corroborated by the new images leaked by 52audio, which had previously shared select images of AirPods 3 but is now sharing additional images (via MacRumors).

The images show AirPods 3 with a design clearly inspired by AirPods Pro. They feature a shorter stem with an in-ear design using silicon eartips. The charging case has also been redesigned to be slightly smaller and more narrow. The report adds that these AirPods 3 would feature the same Force Sensor controls as AirPods Pro.

In terms of features, the site also says that AirPods 3 will feature Apple’s specialized vent system for pressure equalization, which aims to minimize the discomfort when you wear AirPods for an extended period of time. Today’s report also suggests that AirPods 3 will support Spatial Audio. The AirPods 3 are expected to lack other AirPods Pro features such as Active Noise Cancellation and Transparency Mode.

Finally, the report says that AirPods 3 are likely to be priced around $150 and be released in March 2021. That being said, it’s to treat this rumor with some skepticism, especially in regards to claims about features and pricing. While the new design seems almost certain at this point, other details are still up in the air.