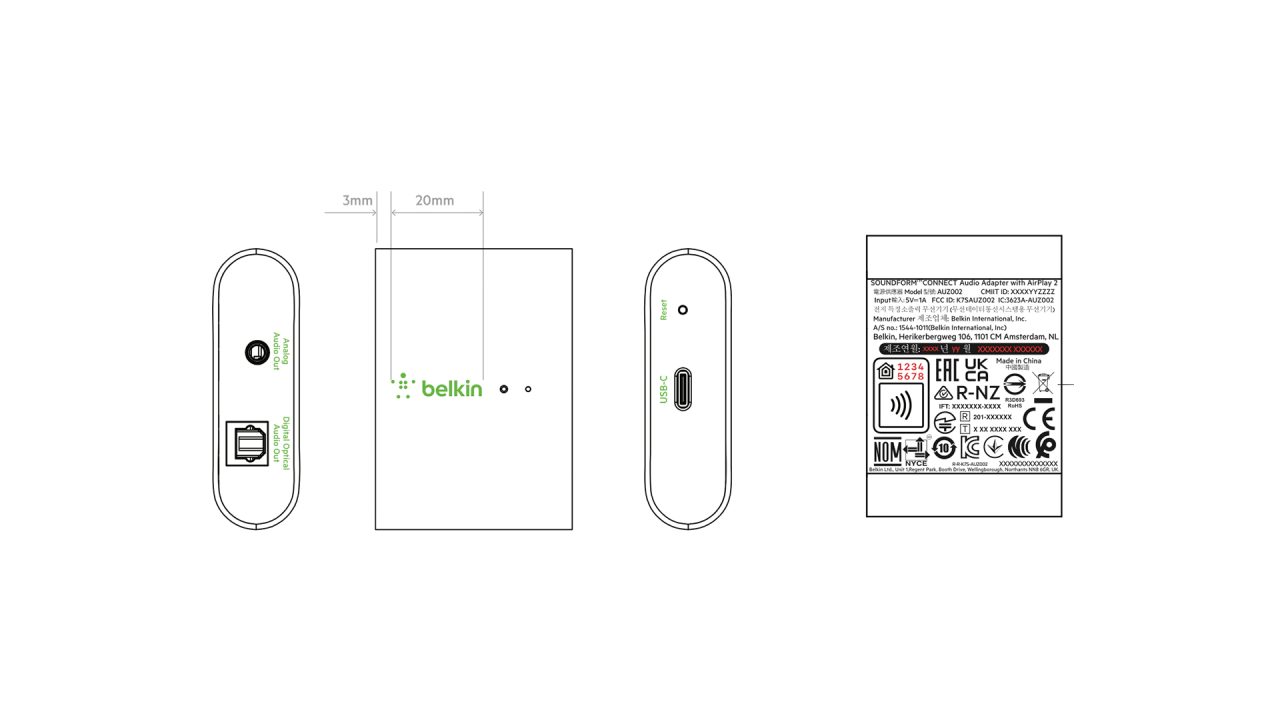 One of the best features of the now discontinued AirPort Express was the ability to turn a regular speaker into an AirPlay-enabled speaker via the 3.5mm mini-jack port. Although Apple no longer sells AirPort Express, Belkin is working on a new adapter that will allow users to connect any speakers over AirPlay 2.

Based on FCC filings, the small adapter called “Belkin Soundform Connect” will be powered via a USB-C cable and will support audio output via a 3.5mm mini-jack port as well as Optical Digital Audio. Once you connect an audio device to the adapter, the iPhone, iPad, or any other Apple device will detect it as an AirPlay 2 speaker.

With AirPlay 2 support, you can stream audio from iOS and macOS to multiple AirPlay 2 devices at the same time, which includes HomePod, Apple TV, and even other smart speakers like Sonos. AirPlay 2 also offers reduced latency compared to the original AirPlay and other wireless audio protocols since it’s based on Wi-Fi rather than Bluetooth.

In addition to AirPlay 2, the FCC fillings also suggest that Belkin’s Soundform Connect will feature HomeKit support. HomeKit for smart speakers lets you assign the device to a room, so you can ask Siri to play songs or podcasts in a specific room like the kitchen or living room. This also lets users control the playback remotely via the Home app.

According to Janko Roettgers on Twitter, Belkin’s new accessory will be sold “for around 100 euros,” which is the equivalent of $120 USD. There are no details on when Belkin plans to officially introduce the Soundform Connect adapter to the market.