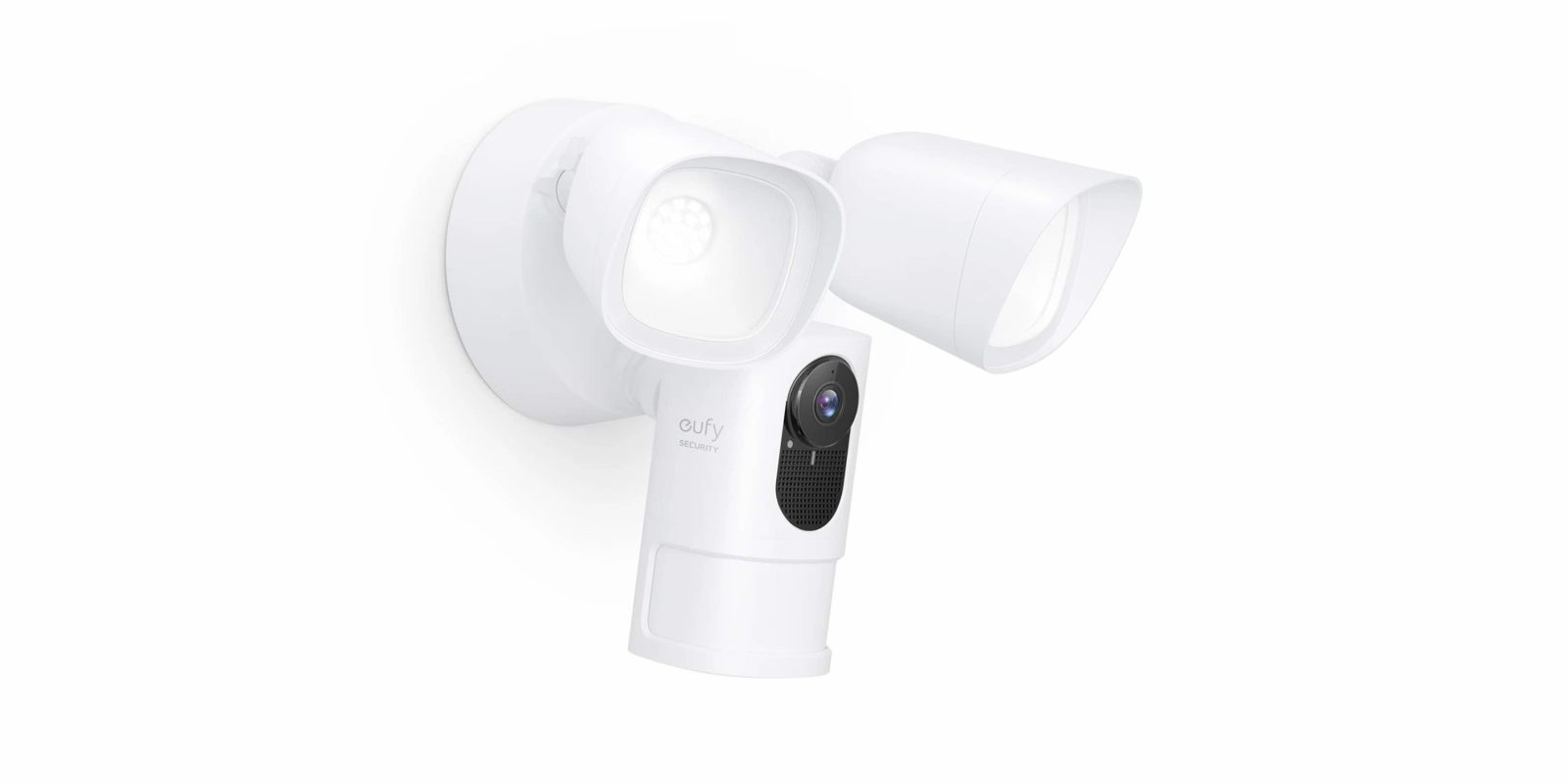 Anker’s popular smart home brand eufy has been a notable adopter of HomeKit, even supporting HomeKit Secure Video with some of its cameras. Now its latest floodlight camera has been spotted in an FCC filing. The updated smart home camera + floodlight is getting a nice resolution bump and it’s possible it could get HomeKit support too.

Spotted by German site Smarthome Assistent, eufy’s successor to its Floodlight Camera is officially called the eufy Floodlight Cam E 2K. As the name gives it away, one of the main upgrades here will be the move from 1080p of the existing model to a 2K resolution.

More specifics weren’t revealed in the FCC listing, but an image of the components were shown off in the image below. The camera hardware looks similar but with a slight overhang now included to possibly offer the camera more protection from the elements.

While its products like the eufyCam 2 have HomeKit Secure Video support (full review) and Apple has even started selling eufy, the existing Floodlight Cam from the company doesn’t feature HomeKit support at all.

Hopefully, we’ll see HomeKit Secure Video or at least basic HomeKit support land alongside the nice resolution upgrade with the eufy Floodlight Cam E 2K. It would certainly be in line with the direction the company is moving.

The current eufy Floodlight Cam sells for $199. While the new version could arrive with a more expensive price tag, eufy is a value smart home brand and aim to keep the Floodlight Cam E 2K as affordable as possible.

Eufy also offers some of the most affordable HomeKit cameras starting from around $40.