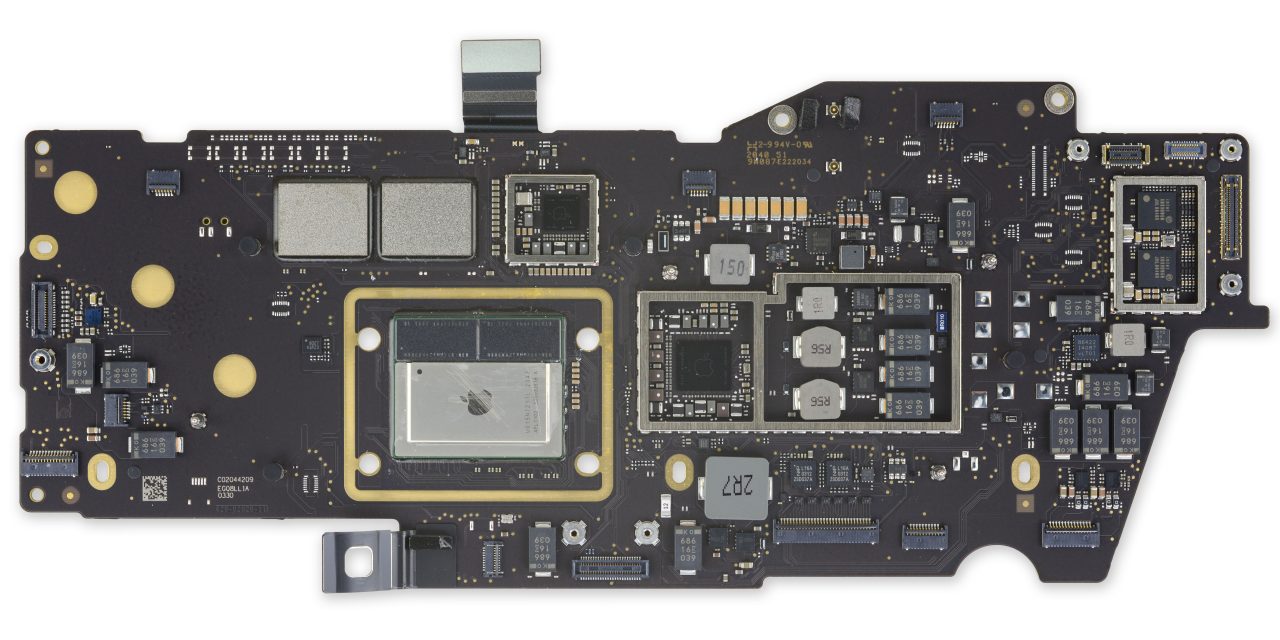 Concerns about excessive M1 Mac SSD wear may be exaggerated, suggests a piece today. Reports had earlier suggested that some machines might hit the rated wear limits of their soldered-in SSDs in less than six months.

Solid state disks (SSDs) store information by being charged with different voltages. The simplest SSDs only store a single bit of information in each cell, a 0 or a 1. Multi- and triple-level ones use two or three levels respectively to store two- or three-bit data.

When data is written to a cell, a voltage is applied to change its state. To read a cell, the computer simply checks the voltage level. This doesn’t apply any wear to the cell, but writing to it does, as HelpDeskGeek explains.

It’s the act of writing to the flash memory cell that degrades it. Each memory cell within an SSD has an oxide component. Two layers of one or another chemical mixed with oxygen. Electrons are trapped between those oxide layers.

What a given cell’s state is, depends on the charge level. In other words, how many electrons are trapped between the oxide layers. Every time that state is changed, the oxide layers wear down, eventually losing their ability to contain electrons. This can make the state impossible to read correctly. Write to a cell too many times, and it eventually goes bad […]

Multi- and triple-level cells have multiple levels and therefore many different states that have to be read. Since the margins between different cell states are narrower, even a small amount of wear can cause electron capacity issues that make it impossible to recall the correct state.

Each SSD manufacturer determines the number of charge cycles a cell can endure before it becomes too unreliable to read, and monitors actual cycles against this number to provide a wear rating as a percentage.

A large part of what makes M1 Macs so fast is that the chips use what’s known as a unified memory architecture. This means that RAM is shared between the main processor, graphics, and neural engine as required. The architecture also makes much freer use of the SSD, using this interchangeably with RAM to a greater extent than seen on Intel machines.

What rang alarm bells was when M1 Mac owners started checking their SSD wear and seeing what appeared to be alarmingly high levels after just a few months of use.

Some more professional users of the new M1 Macbooks are experiencing extremely high drive writes over relatively short time. The most severe cases have “consumed” about 10-13% of the maximum warrantable TBW value of the SSDs (given their capacity & using values for equivalent market-available NVMe drives).

The less RAM you have, the more use will be made of the SSD. And the smaller your SSD, the greater the wear on each cell. In an extreme example, an M1 Mac with 8GB RAM and 256GB SSD could hit its rated wear level in less than six months.

But the problem likely isn’t as bad as it seems

First, he noted that very early SSDs mostly died because of problems with their controllers, rather than cell wear. Controller failures these days are virtually unknown.

Second, he says than SSD vendors have to be very conservative in their wear ratings, as it leaves them on the hook for warranty claims if a drive fails before reaching its rated wear limit. In practice, SSDs can commonly cope with four times as much wear.

If Apple followed common practice, the 256GB SSD in your M1 Mac would likely be rated for 150TBW. Someone writing 7.5TB per month would exceed the warranty at around 20 months, less than two years. Not good. But wait…

Far more likely—according to the industry scuttlebutt, my own experience, and third-party testing—is that the 256GB SSD will reach 300TBW with ease, and quite likely more. That means nearly 4 to 8 years of SSD life at the same pace with an 8GB/256GB M1 Mac. You can double that for a 512GB SSD.

A drive’s SMART function generally reports usage as a percentage of the TBW rating, so you can apply this rated versus real lifespan formula to that as well. A 1 percent usage might in reality be only 0.25 percent.

He likens it to a car warranty.

No person in their right mind would buy a new car thinking that would cease working in five years or 50,000 miles, but that’s a common warranty.

So yep, if you’re speccing up an M1 Mac, you’ll want to factor in SSD wear. If you expect your usage to be RAM-intensive, and/or write a lot of data, then 16GB RAM is better than 8GB, and a large SSD is better than a small one. But panic about M1 Mac SSD wear killing machines in less than a year are likely highly exaggerated.