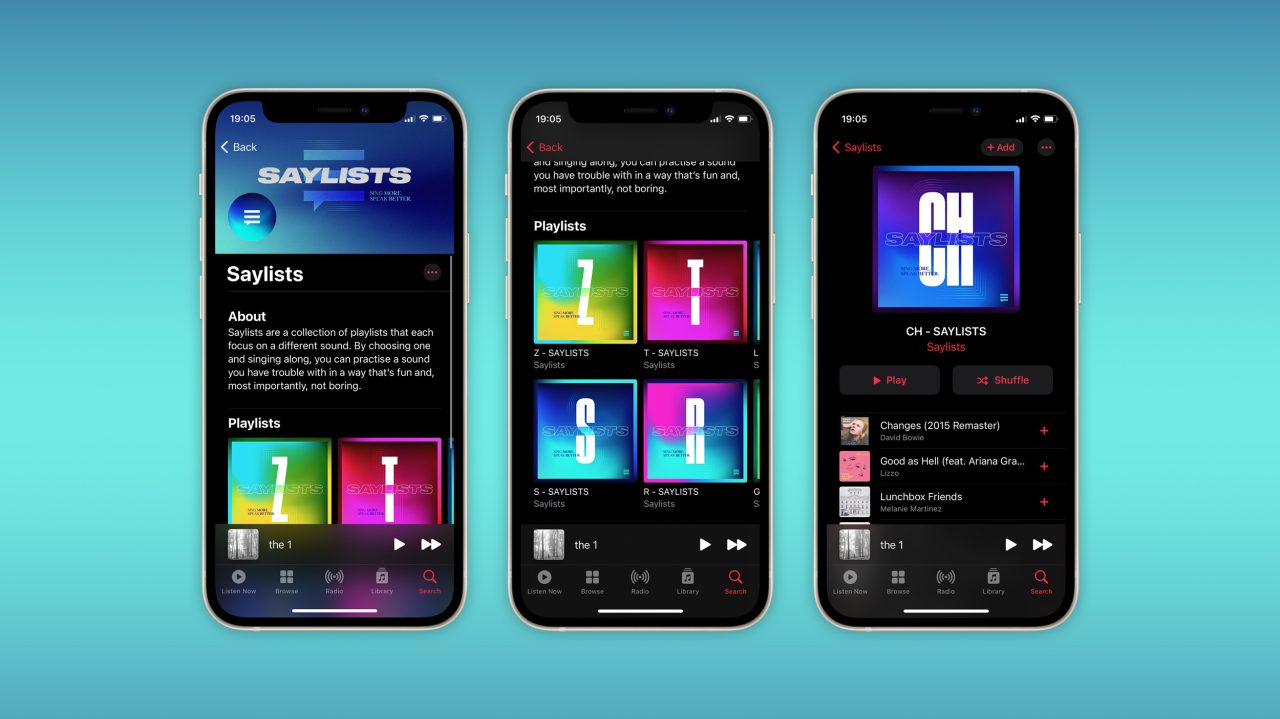 Apple today announced a new partnership with Warner Music to launch “Saylists,” which are special playlists available on Apple Music that are focused on helping young people with speech-sound disorders.

As reported by BBC News, the project uses algorithms to identify songs which repeat sounds that are difficult for those with speech disorders to pronounce. “One in 12 children in the UK is believed to experience some form of speech-sound disorder (SSD),” says the report.

Children who have speech-sound disorders can be helped with some therapeutic strategies, which includes repeating sounds such as “ch,” “s,” and “z.” So far, 173 songs have been chosen to be used among all the playlists available, including Don’t Start Now by Dua Lipa and Right Now by Fatboy Slim.

And, using the algorithm, Apple Music analysed the lyrics of the 70 million tracks in its catalogue to choose those that repeated them most often.

Users will find 10 different playlists with songs that frequently repeat the following sounds: “ch,” “d,” “f,” “g,” “k,” “l,” “r,” “s,” “t,” and “z.” Although the playlists have only English-language songs, everyone can access them on Apple Music. You just have to search for “Saylists” and tap the Playlists option in the Music app.