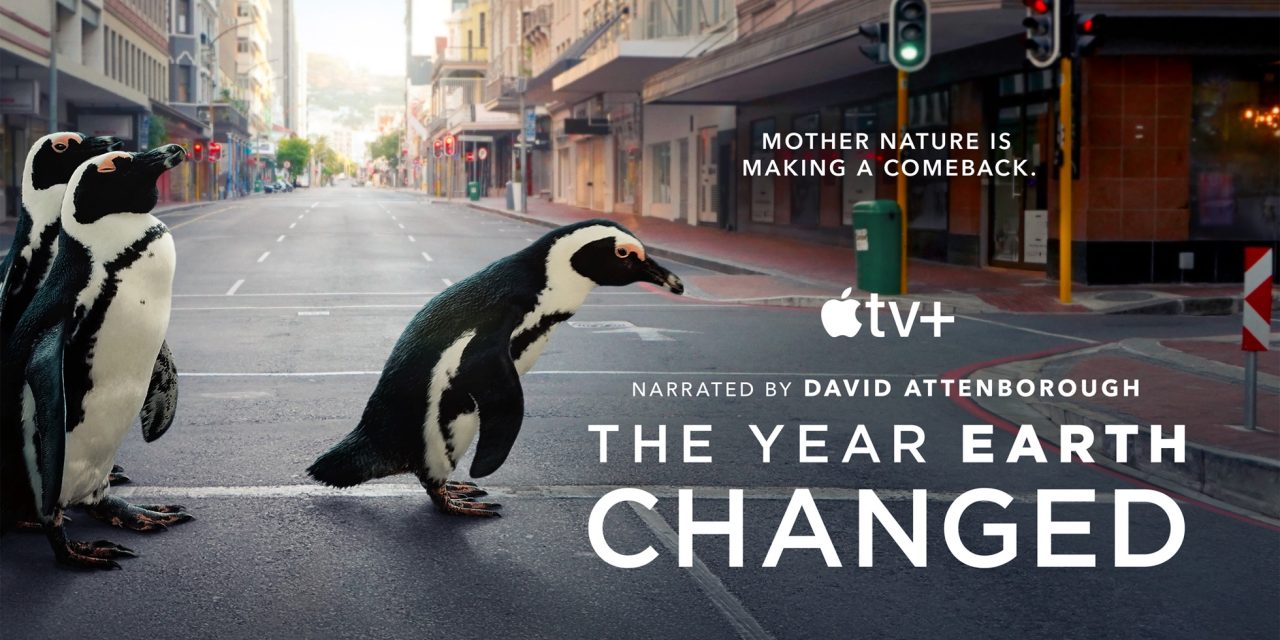 In celebration of Earth Day 2021, Apple announced that is launching a new documentary special ‘The Year Earth Changed’ which examines how changes in human behavior, as a result of the pandemic, affected wildlife and nature.

‘The Year Earth Changed’ will be released on April 16. Apple TV+ will also be releasing new episodes of its documentary series ‘Earth At Night in Color’ and ‘Tiny World’ on the same date.

The pandemic wildlife special will be narrated by esteemed award-winning nature broadcaster David Attenborough. It was produced by BBC Studios.

Showcasing exclusive footage from around the world after an unprecedented year, “The Year Earth Changed” is a timely documentary special that takes a fresh new approach to the global lockdown and the uplifting stories that have come out of it. From hearing birdsong in deserted cities, to witnessing whales communicating in new ways, to encountering capybaras in South American suburbs, people all over the world have had the chance to engage with nature like never before. In the one-hour special, viewers will witness how changes in human behavior — reducing cruise ship traffic, closing beaches a few days a year, identifying more harmonious ways for humans and wildlife to coexist — can have a profound impact on nature. The documentary, narrated by David Attenborough, is a love letter to planet Earth, highlighting the ways nature bouncing back can give us hope for the future.

Last year, Apple released an animated short feature ‘Here We Are: Notes for Living on Planet Earth’ to coincide with Earth Day 2020.