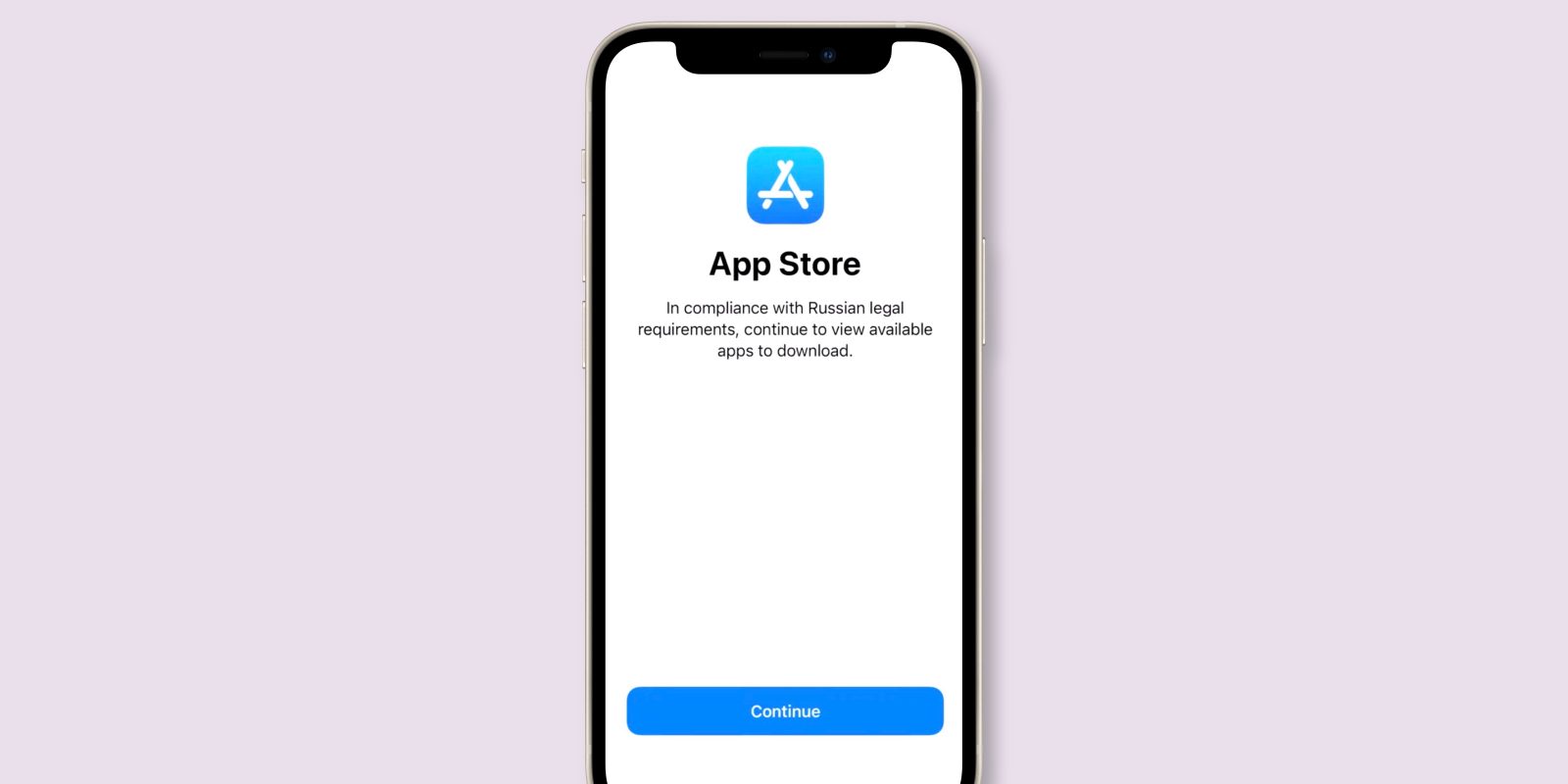 Last month, it was revealed that Apple had agreed to comply with new Russian legislation that would require device makers to ‘preinstall’ apps as part of first setup.

As it is now April, this law has come into effect and Apple has enabled the system server-side. After completing normal iPhone set up, iOS now directs the user to a special App Store collection of apps.

Update: We’ve learned that while the new Russian law requires local apps to be offered during setup, the government isn’t explicitly mandating which apps are shown.

This process is not as egregious as the preinstall laws first made it sound. The user is directed to the App Store collection by force, but it can be dismissed just by pressing the normal modal close ‘x’ in the corner. Users also have to explicitly press the download button next to an app in the list for it to be installed to the system.

Apple makes it clear that this step is required to comply with local laws, with the setup process transparently informing the user that “in compliance with Russian legal requirements, continue to view available apps to download”.

Although the collection of featured apps may change over time, the apps currently include Yandex.Browser, Yandex.Maps, Mail.ru, the Russian federation public services app, and what appears to be a Russian social networking service.

Apple previously said that all apps must comply with App Store Review guidelines. That means it cannot include software that would not otherwise be allowed in the App Store.