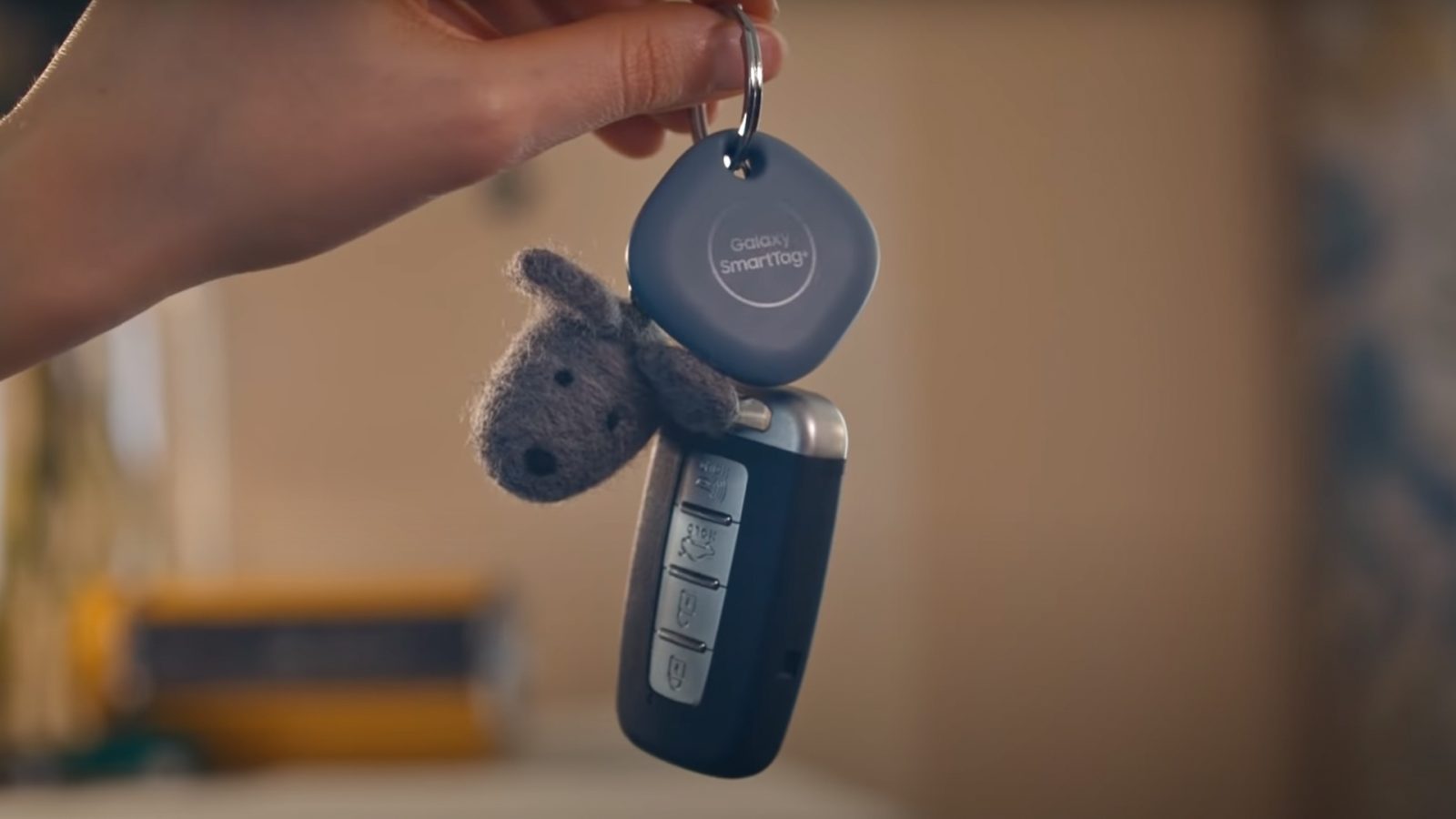 On Monday, 9to5Google reported that Samsung was touting how many devices its SmartThings Find has in-network and two new features: an “Unknown Tag Search” to detect and list Galaxy SmartTags that don’t belong to you but are moving near you, and a Bixby integration where you can do a hands-free search for named SmartTags.

The Galaxy SmartTag and SmartTag+ launched in January. While the regular model works a lot like a traditional Tile tracker, the SmartTag+ offers the same features but with the addition of UWB tech, which allows for much more accuracy when looking for a lost item.

“Introducing Galaxy SmartTag+ for a new AR finding experience. AR finding on SmartThings Find visually guides you to missing items, which makes finding so much smarter and easier than ever before. Tag it. Find it. Simply Smart.“

Apple AirTags, on the other hand, has been rumored for over two years but are still yet to be released. This could change in today’s Spring Loaded event. In April, Apple also launched its Find My network program to third-party developers with three partners and no word about its own smart tracker.

You can check Samsung Galaxy SmartTag+ ad in the video below:

Do you want to know what 9to5Mac expects Apple to release today? Click here.