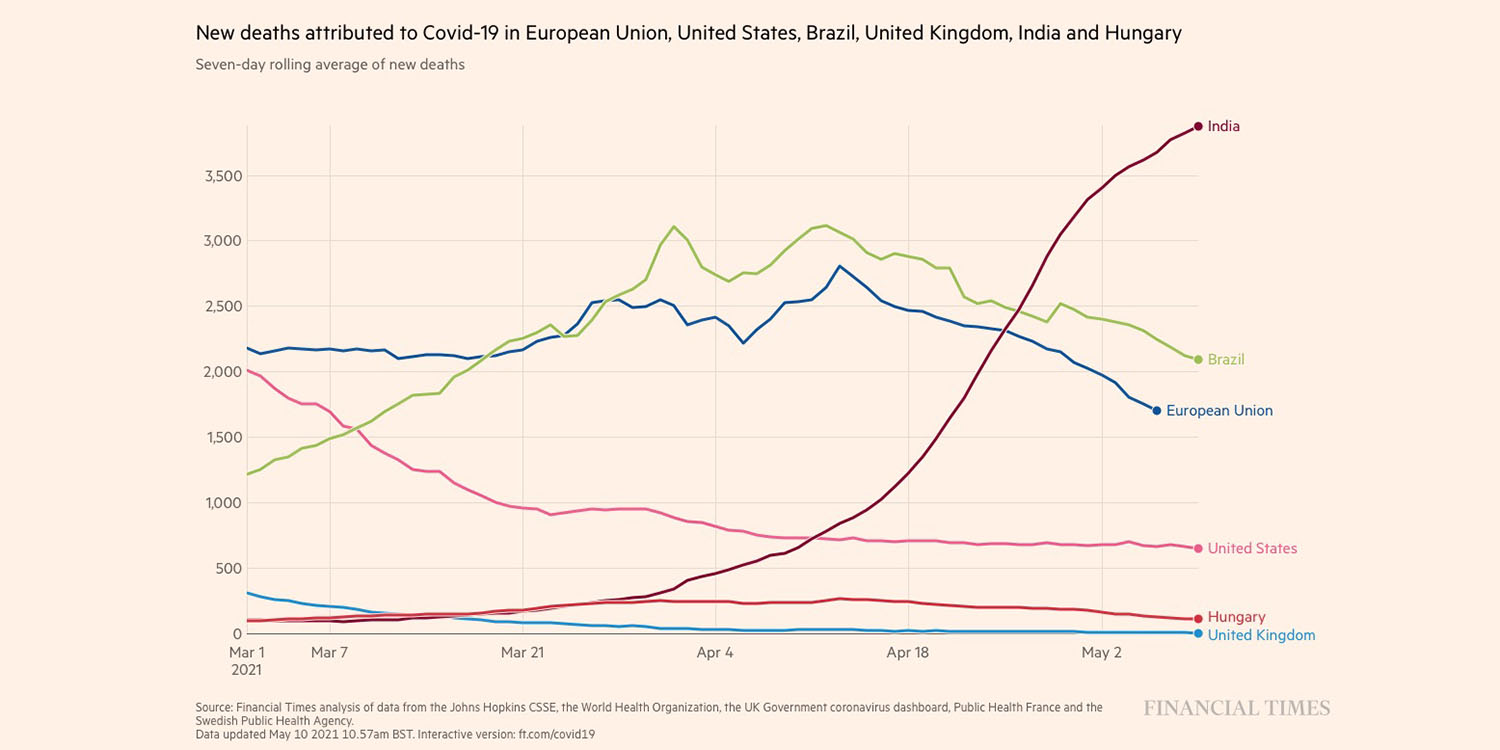 A COVID-hit Foxconn plant in India has resulted in iPhone production being halved at the facility, as the country struggles to cope with a severe spread of the infection. The country is now the worst-hit in the world in terms of fatalities, having overtaken Brazil last month on a rolling average basis.

More than 100 Foxconn employees at the plant have tested positive, and no staff are allowed to enter the facility until late May …

However, the facility has on-site dormitory accommodation, so the ban on entering the plant will not stop production altogether provided that remaining workers continue to test negative.

Production of the Apple iPhone 12 (AAPL.O) at a Foxconn (2317.TW) factory in India has slumped by more than 50% because workers infected with COVID-19 have had to leave their posts, two sources told Reuters […]

Tamil Nadu is one of the worst hit states in the second coronavirus wave engulfing India. Officials imposed a full lockdown in the state from Monday, closing public transport and shuttering shops, to try slow surging infections.

“Employees are only allowed to leave but not to enter the facility since yesterday,” the person said. “Only a small part of output is being kept.”

More than 50% of the plant’s capacity had been cut, both sources said, declining to be named as they were not authorised to speak to the media. They did not specify the plant’s capacity and it was unclear how many workers were at the facility, which provides dormitory accommodation for employees.

Foxconn confirmed that “a small number” of employees tested positive, and said they were being provided with medical care.

TrendForce says that the wider impact of the coronavirus on India is large enough to cut global smartphone production.

TrendForce on Monday trimmed its global smartphone production growth forecast to 8.5% from 9.4%, citing the coronavirus impact in India on major vendors including Samsung (005930.KS) and Apple.

“Smartphone brands are therefore expected to closely monitor their inventories of whole devices and adjust their subsequent production plans accordingly,” TrendForce said in a report, adding it could revise the forecast lower still if the outbreak continues to hit local production and sales in the second quarter.

India has been hit incredibly hard by COVID-19 due to a combination of the government failing to ban large-scale events, and an inadequate health system. The Lancet reports.

As of May 4, more than 20·2 million cases of COVID-19 had been reported, with a rolling average of 378,000 cases a day, together with more than 222,000 deaths, which experts believe are likely to be substantial underestimates. Hospitals are overwhelmed, and health workers are exhausted and becoming infected […]

Despite warnings about the risks of superspreader events, the government allowed religious festivals to go ahead, drawing millions of people from around the country, along with huge political rallies—conspicuous for their lack of COVID-19 mitigation measures.