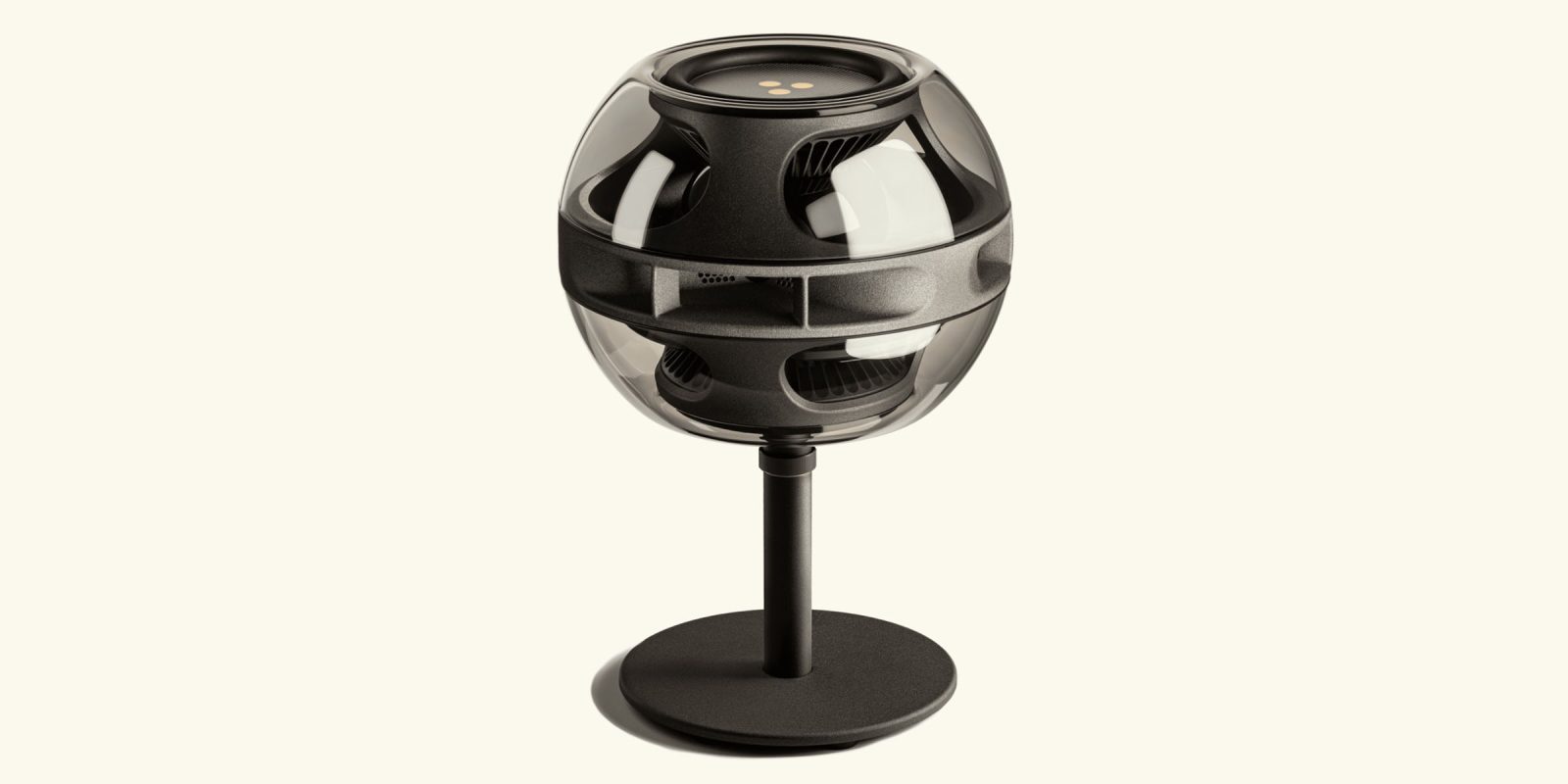 A former Apple designer who worked on both the iPhone and HomePod has created a startup company for speakers known as Cell Alpha, which aim to take spatial audio to the next level …

A revolution in home audio. Cell Alpha marks the birth of a new standard in spatial sound. With Triphonic audio, it transforms your space into a field of clear, detailed sound – a fully immersive experience that puts you at the center of your favorite music and entertainment. This is no ordinary speaker. This is smart sound.

Syng’s website is very light on detail, but The Verge has a little more.

The Cell Alpha has woofers on its top and bottom arranged into a “force-balanced” configuration. These are paired with three mid-range drivers that are distributed around its equator […] Syng claims this three-driver configuration (dubbed “The Triphone”) is able to project sound with “pinpoint accuracy” around a room.

Syng is making big claims about the spatial audio capabilities of the Cell Alpha. It’s styling it as the world’s first “Triphonic” speaker, because it offers spatial audio capabilities beyond the stereo audio that’s long been the traditional standard. In practical terms it’s supposed to allow the speaker to fill an entire room with surround sound audio, creating the impression that specific sounds or instruments are coming from distinct areas of the room. There are three microphones built into the speaker’s stand to measure the geometry of the space it’s in, similar to the HomePod, which helps it create the impression of surround sound using just a single speaker.

While Syng says one speaker is capable of offering surround sound, anyone with $5,397 to spend can pair three Cell Alpha speakers together in a single room to get “the fullest expression of Triphonic audio.”

It of course works via AirPlay 2, as well as Spotify Connect, but there’s also a pair of USB-C ports. I’m assuming one of them runs through the stand, as you certainly wouldn’t want it looking like this if using a wired music feed …