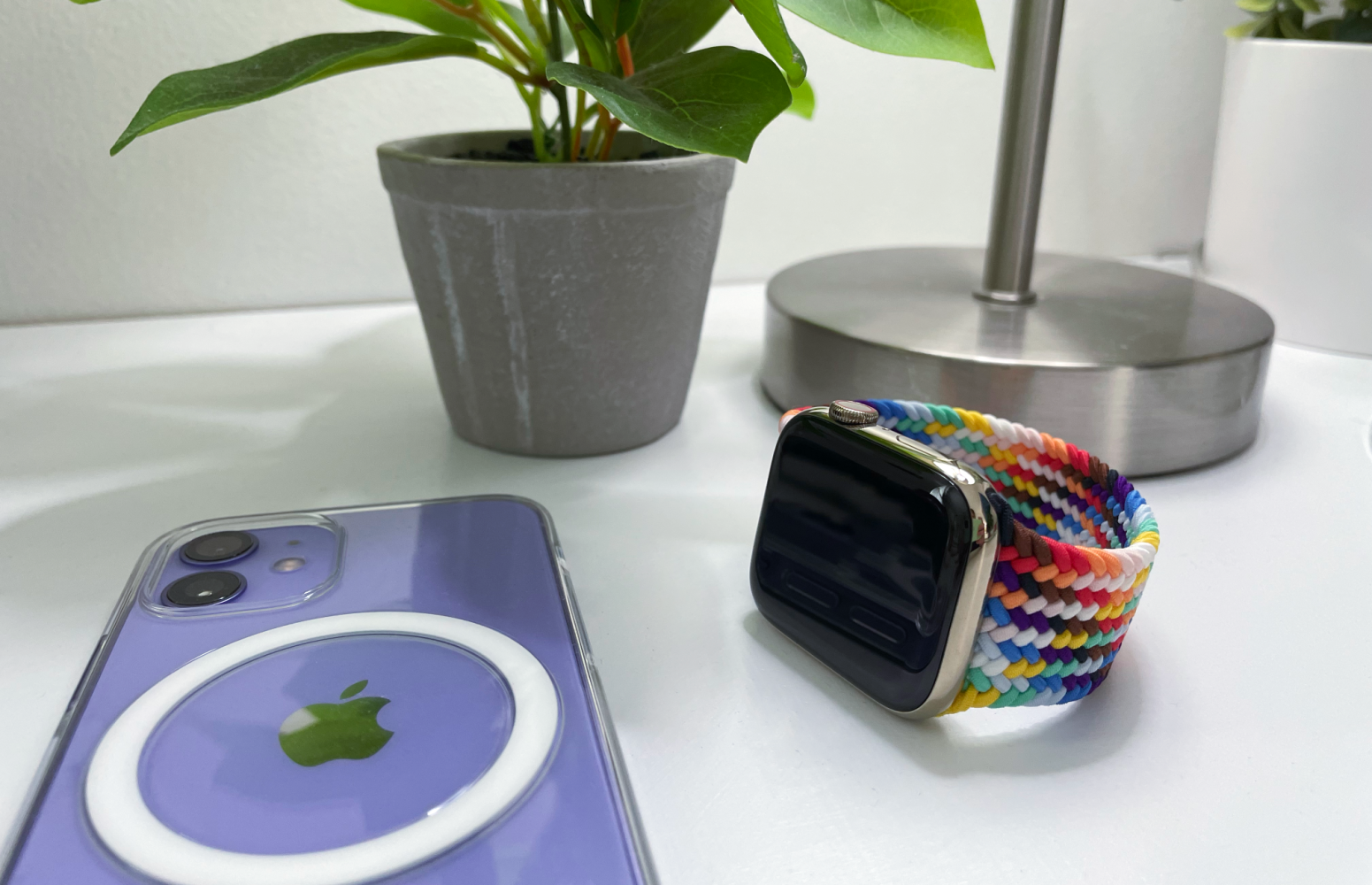 Apple’s new Pride bands for Apple Watch are available starting today, both online and in Apple Stores. We’ve got our hands on the new Pride version of the braided solo loop, and it’s absolutely spectacular. The new band is a fresh take on the braided solo loop introduced last September alongside Apple Watch Series 6. It’s the first one that has multiple colors woven through it. All of the colors are designed to represent different parts of the LGBTQ+ community.

The Pride braided solo loop costs the same amount as the regular single-colored braided solo loops, priced at $99. While that’s twice as much as the standard and incredibly popular sport band (and previous Pride bands), we think it’s totally worth it in this case. The multi-color design is unlike any band Apple has released before.

It’s also the first band Apple has released with a corresponding app clip. In the box you’ll find an app clip code you can scan with your iPhone to automatically add the new 2021 Pride watch face to your Apple Watch. Unfortunately the app clip isn’t currently working and provides an error when you try to use it. For now, you’ll have to just manually add the face through the face gallery.

The band almost perfectly matches the curvature of the new Pride watch face and it almost feels like the face is part of the band itself when worn all together. The box for the band includes a beautiful Pride version of the WATCH word mark, both on the inside and outside. Apple’s first ever Apple Watch band app clip is on the trifold that holds the band itself so you can’t miss it. You can watch a quick GIF showing how the app clip works at the end of this post.

The new Pride braided solo loop is available in a wide variety of sizes for both 40mm and 44mm Apple Watch models in-store and online now.