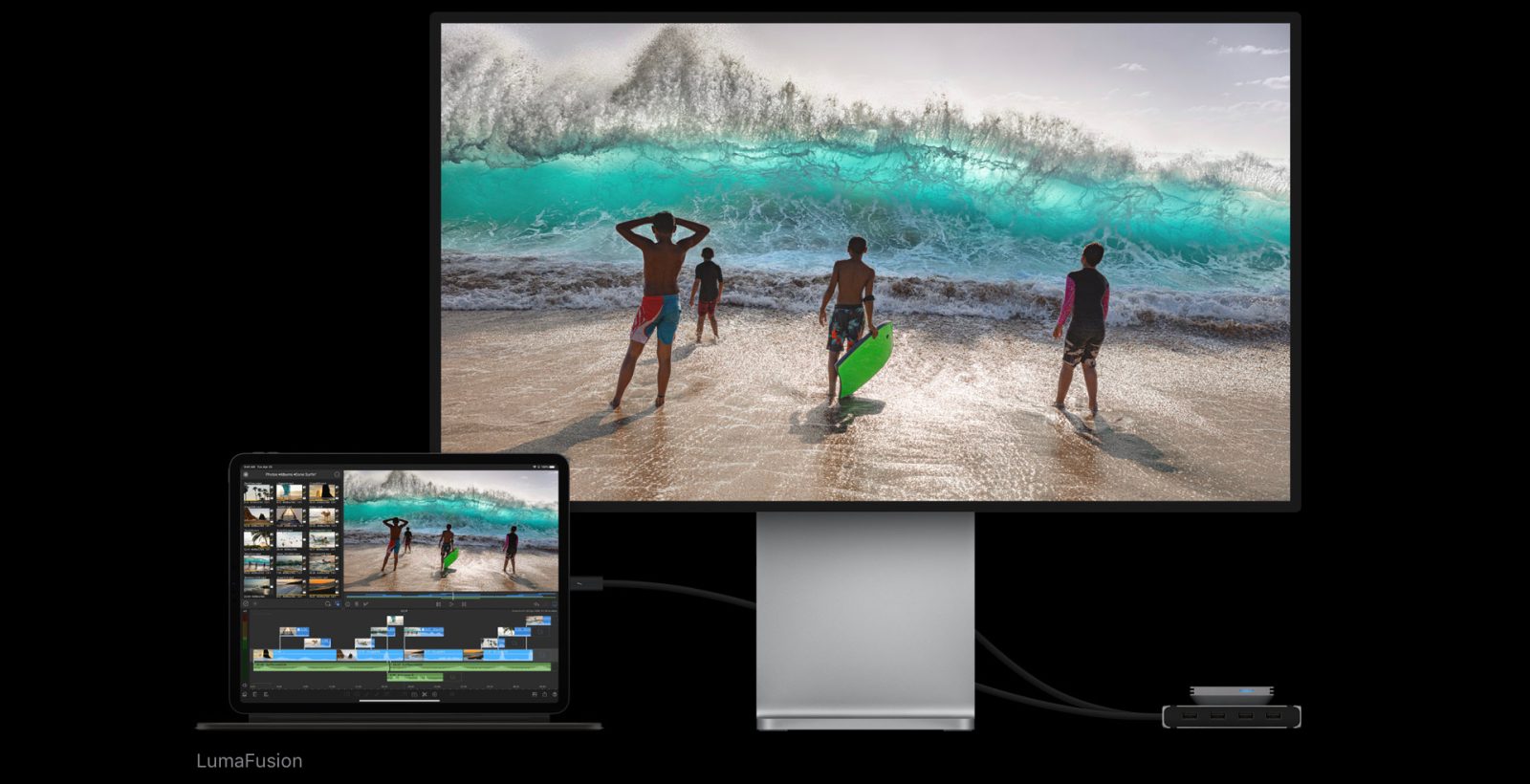 Buying a new iPad always brings me to the same gigantic question: What do I do with it? My work life can fit on a MacBook Air, and my personal life fits on an iPhone. If the iPad Pro can’t completely replace at least one of those for me, then where exactly does it fit?

I wasn’t kidding when I said my sole reason for buying the 12.9-inch iPad Pro (2021) is for evaluating the mini-LED display, Center Stage, and the state of iPadOS over the next year. The screen type and ultra wide selfie camera can’t remove constraints of iPadOS that the Mac doesn’t have, but there are a few things about this iPad Pro that give me confidence in its utility.

I can’t remember the last time I felt constrained by an iPad’s performance. Still, there is clarity in knowing that the 2021 iPad Pros have the same M1 chip as the MacBook Air that I’ve used for six months. You just know that some specific processor difference isn’t the reason that iPad can’t multitask like the Mac can.

I’m sure one day MacBooks without cellular will be as silly as iPhones without LTE or 5G. Portable Macs are meant to be used on-the-go, and I can’t begin to guess why 5G MacBooks aren’t even rumored for the next revision or two. On the other hand, iPads have always had a cellular option — from 3G to LTE to 5G. Keeping your iPad connected to the network changes how you can use it. Your work stays up-to-date at the coffee shop, at the park, and in between home. Modern unlimited data plans have also put caps on how much hotspotting you can do before hitting a cap.

Touch input is something else Apple continues to keep off the Mac. Meanwhile on the iPad, there’s an all-in-one accessory called the Magic Keyboard that includes a trackpad and adjustable stand. There’s also so little difference between a 12.9-inch iPad and a 13.3-inch MacBook that screen size is no longer a distinction. And while I prefer trackpad and keyboard input for work to touch input, I also really appreciate Apple Pencil input for a more analog way of capturing ideas in Notes. And that brings me to the best feature of the iPad that Apple can’t advertise yet.

The Mac can still be a truck in a world of iPads… err, cars. But not all Macs have to be trucks. High-end MacBook Pros, iMacs, Mac minis, and Mac Pros can be trucks. Meanwhile, iPad Pro hardware has caught up with MacBook Airs and consumer iMacs and Mac minis. So did trucks become cars or did cars become trucks? There’s still a clear distinction between trucks and cars in this classic Steve Jobs analogy, so my view is that cars have become more capable, and the bar has been raised for what a truck can do.

That’s enough truck talk for now. What I mean to say is we expect car-shaped vehicles to do car-like things. (And that’s enough car talk too.) If an iPad has the same chip as a Mac, then both should be capable of the same level of multitasking, even if the paradigm for how it works is different. Touch input and cellular connection are understandable differences because of form factor and hardware differences, but processor power isn’t one of them.

And form factor is what makes the iPad so appealing. An iMac can do iMac things like pair a desktop computer inside a large display, but it’s not portable like a MacBook. And a MacBook lets you take macOS away from the desk, but it can’t be held like a book or notepad.

An iPad Pro puts a full computer inside a portable display that can be connected to a larger display and external mouse and keyboard to be used at a desk. The Magic Keyboard accessory turns the tablet into a touchscreen clamshell notebook with a cellular connection and iPhone caliber cameras. Unplug the external display and pull the iPad Pro off the Magic Keyboard to use it in tablet mode for holding the web in your hand as you surf, or see friends and family with the best FaceTime experience Apple offers.

Apple is comfortable advertising the iPad Pro on its own and with the Magic Keyboard case, but you won’t find images of the iPad Pro connected to an external display for anything but basic video-out features that were introduced ages ago. There’s serious practicality of using an iPad Pro as a desktop computer that can shift into a notebook and a tablet already, but iPadOS doesn’t make this capability marketable today.

Imagine Apple introducing proper external display support that adapts the layout to 16:9 monitors without pillar boxes. It could even extend monitor support to work as second screen when paired with a keyboard and mouse or trackpad. This would suddenly make it possible to advertise iPad Pro as a single computer that can adapt from a tablet to a laptop to a desktop.

iPad Pro as a desktop/notebook has lots of perks, too. Face ID support (no Mac has advanced beyond Touch ID to date), Center Stage support, 120Hz refresh rate with ProMotion display, and countless other features that make the iPad Pro competitive to the MacBook Air, 13-inch MacBook Pro, Mac mini, and 24-inch iMac.

As we all know, the need has never been higher for an iPad software update to make sense of iPad Pro hardware. Fortunately, WWDC 2021 is just over a week away when we’ll know if we can expect the public to have access to these new features this fall or sometime in the distant future.