Here’s how a custom 21.5-inch iMac with Intel Core i9 compares to M1 iMac in performance 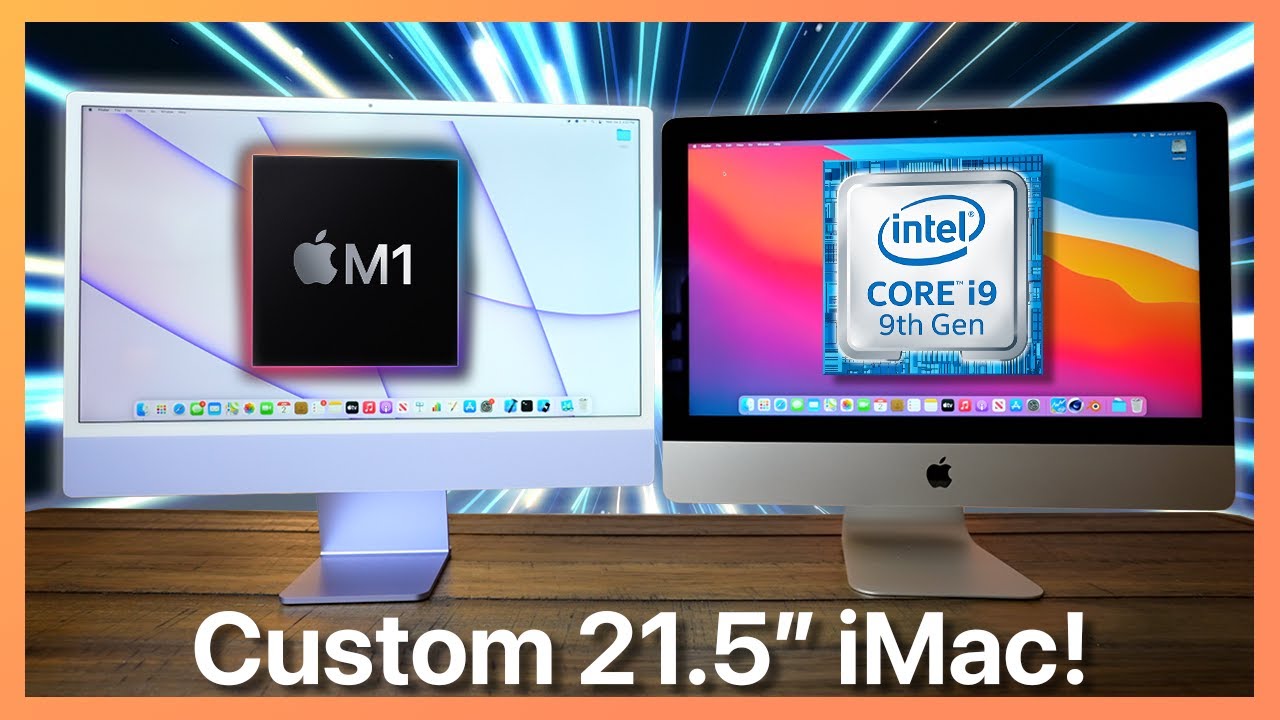 As you probably already know, the new 24-inch iMac M1 outperforms nearly every entry-level iMac previously sold by Apple. However, YouTuber Luke Miani has modified one of these older machines with an Intel Core i9 processor to compare it to the M1 iMac — and the results are quite interesting.

Just like other devices with the Apple M1 chip, such as the MacBook Air and the new iPad Pro, the M1 iMac with an 8-core CPU achieves single-core scores of around 1,700 and multi-core scores of around 7,400 on Geekbench. These numbers easily put it above most previous iMacs with Intel processors.

Although Apple never sold it in this configuration, Luke Miani decided to upgrade the 21.5-inch iMac processor himself, replacing the Intel Core i3 with a faster Intel Core i9. In addition to the Intel Core i9 processor, Miani has also added 32GB of RAM to the machine.

Speaking about benchmark tests, the results were mixed. The custom Intel iMac was beaten by the M1 iMac in Geekbench 5 scores, but the Intel machine performed better in Cinebench R23 tests, which measures graphics performance.

In another test with Blender, the M1 iMac took about seven minutes to render a scene, while the Intel iMac took three minutes. It’s important to note, however, that Blender is not optimized to run natively on the ARM architecture, so the results could be different with an updated version of the app.

At the end of the day, the performance of the iMac with one of the best Intel processors and 32GB of RAM was not so much better than the M1 iMac performance, which costs $1,299 in its baseline version. However, Miani’s video also shows that if you have one of these old iMacs, you may be able to extend its lifespan by doing some unofficial hardware upgrades before buying a new computer.