iOS 15 brings back the magnifying glass for accurate text selection 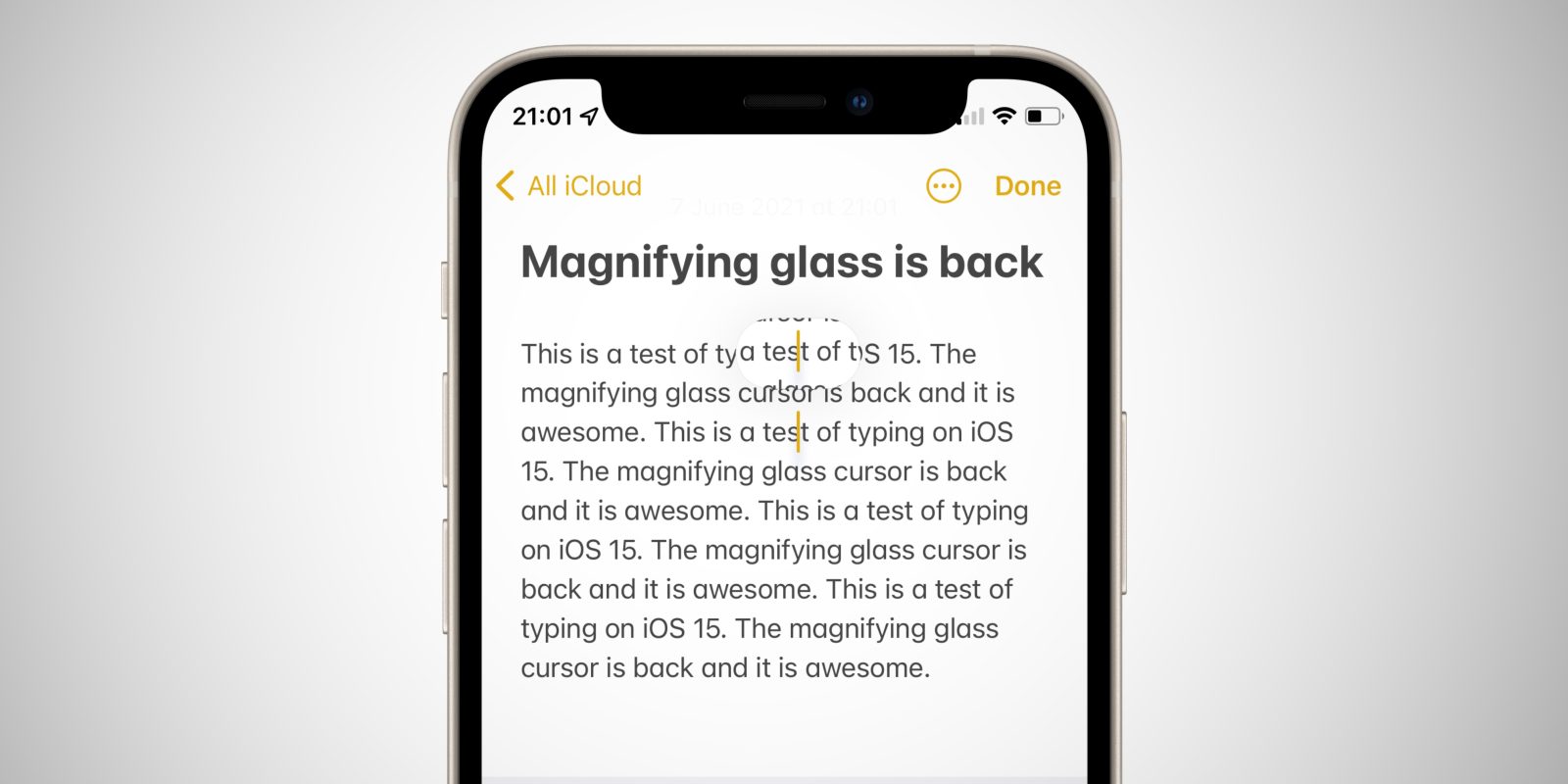 After being unceremoniously removed in iOS 13, Apple has restored the magnifying glass (loupe) when interacting with text on iOS 15.

Now, when a user starts to move the text cursor, a bubble appears above their finger magnifying what is shown below. This makes it really easy to see where the text cursor is being placed, and where text will be inserted.

In the first seed of iOS 15, the magnifying loupe is shaped like a small capsule. This is smaller than the larger circular loupe that existed pre-iOS 13, although similar size to the loupe that would appear when a text selection had been initiated.

Nevertheless, the usability of text selection and moving the cursor is greatly improved now that the magnifying loupe is back.

iOS 15 is currently in developer beta and will be released to all customers in the fall.